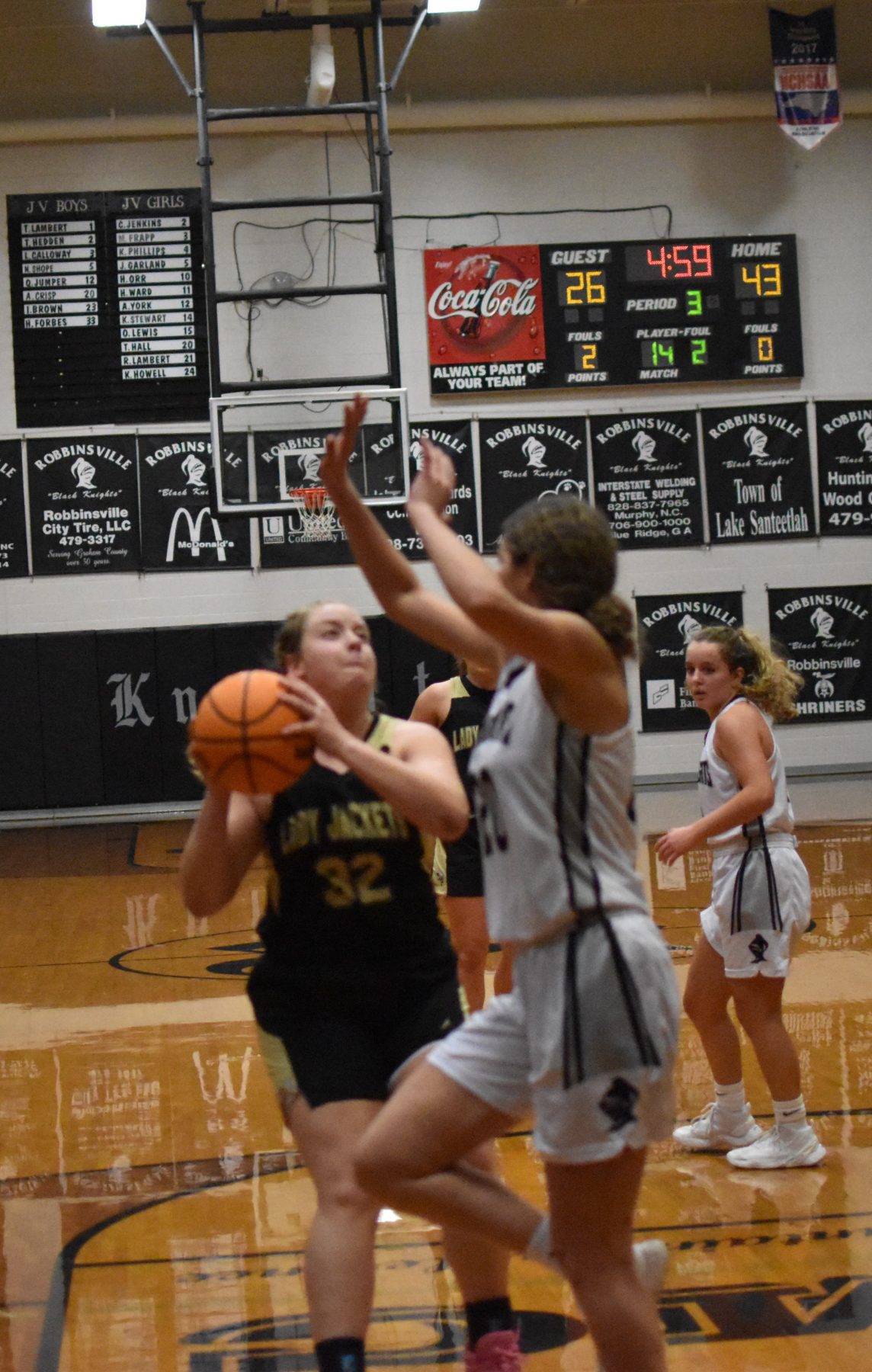 The Hayesville Lady Yellow Jackets traveled to Graham County on Friday night. They played the top ten in the state rank Robbinsville Lady Black Knights. The Lady Yellow Jackets played well and hung tough for the game’s early portions. Even having a lead at one point early in the game, but Robbinsville was just too much to handle. The Lady Black Knights, behind their tough full-court press, would go on to win 64-38. 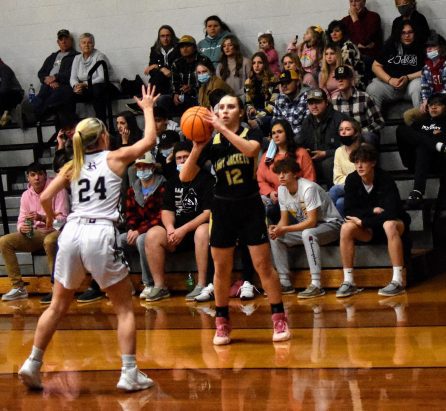 The Lady Yellow Jackets got off to the better start of the two teams and held a brief lead early in the first quarter. Hayesville got a balanced contribution from their starting lineup, with four of their five scoring in the 1st quarter. Robbinsville got a couple of late buckets off of turnovers to take the lead at the end of the quarter, up 15-10.

Hayesville would increase their offensive output in the quarter, scoring 13 points. They got three three-pointers from Lila Payne, who led all scorers in the 2nd quarter. It was a high-scoring quarter, though, as Robbinsville would score 22 points of their own in their quarter. This all the Lady Knights to increase their lead to 37-23 going into halftime.

The Lady Yellow Jackets’ hope of a second-half comeback was quickly dashed as Robbinsville came out firing in the 3rd quarter. The story of the game was turnovers, as Hayesville had double-digit turnovers on the night against the best full-court press Hayesville will see all year. Robbinsville would take a 56-33 lead going into the 4th quarter. 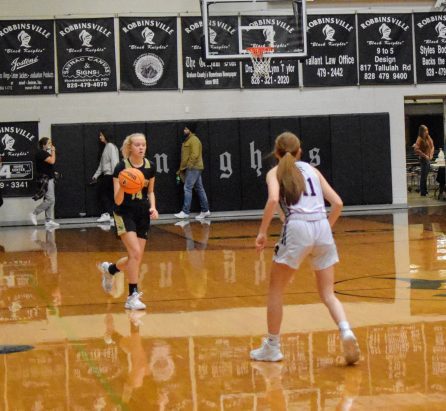 Cecilia Jones brings the ball up the court.

In the fourth quarter, Hayesville and Robbinsville would get lots of subs into the game. The lowest-scoring quarter of the game would go quickly, with Robbinsville holding a commanding lead. The Lady Knight would defend their home court and win 64-38.

The Hayesville Lady Yellow Jackets will next play on Tuesday, January 11th, at Hiwassee Dam. To get updates or see how the Yellow Jackets have done, tune in to all the latest FYN sports coverage on Facebook, Twitter, Instagram, and at https://claync.fetchyournews.com/category/teamfynsports