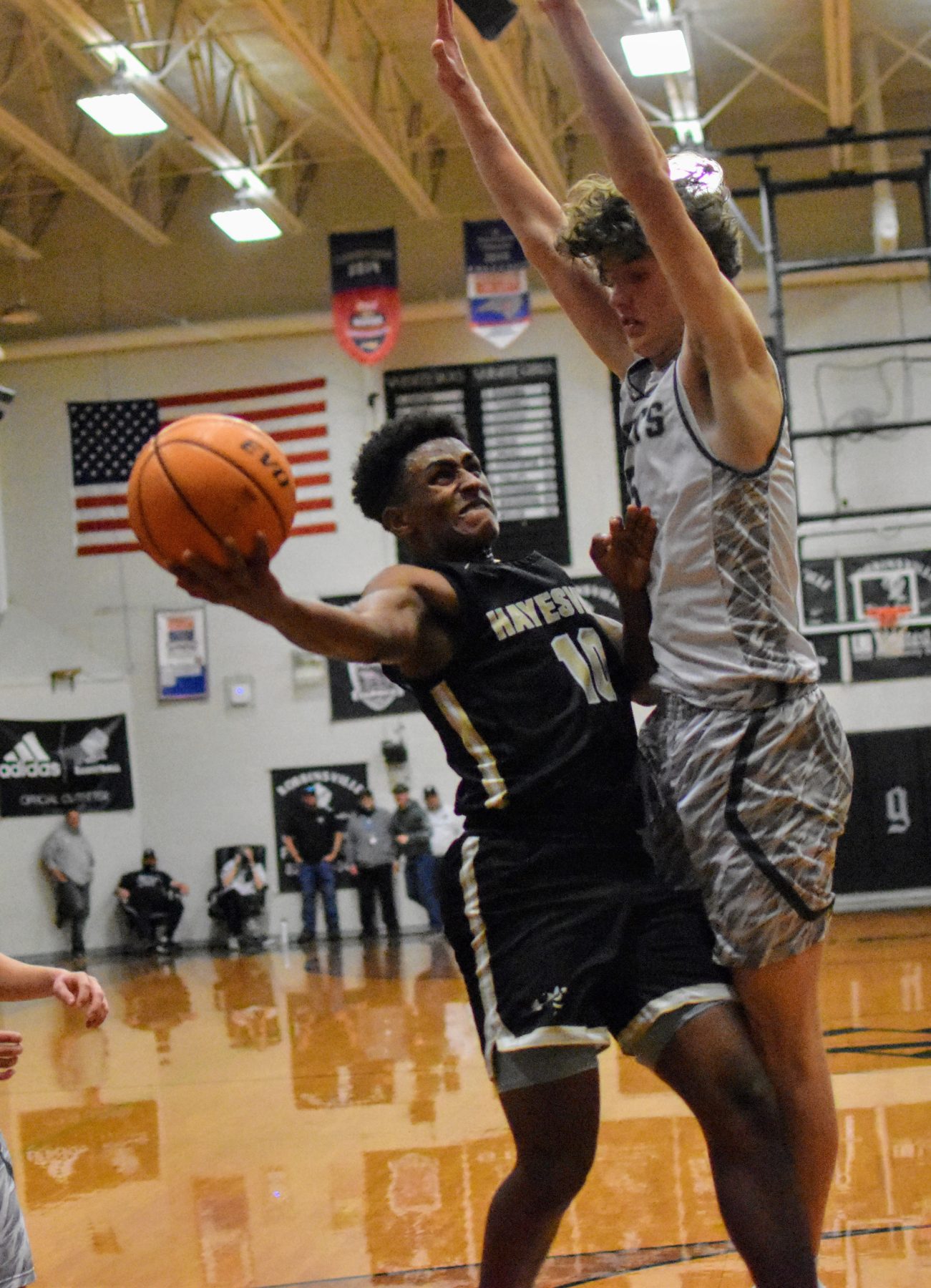 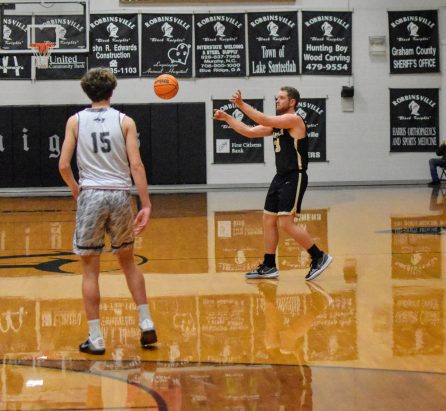 Good to see Kyle Lunsford back in action in his first conference game this year.

Robbinsville got off to a better start and took an early lead in the game. There were multiple lead changes throughout the first quarter. The scoring was spread out, with nine different players scoring in the first quarter between the two games. Hayesville was able to execute late in the quarter and take a narrow one-point lead into the 2nd quarter.

The second quarter was back and forth with multiple lead changes. Hayesville got a significant second-quarter effort from senior Jake Mctaggart, who had 11 points in the quarter. Facing double and triple teams at times, Mctaggart was just too much for the Black Knight defense to handle. However, Robbinsville would keep things even and lead in the quarter’s closing seconds. A Black Knight turnover followed by a tough finish in traffic by Hayesville’s Kolbe Ashe tied it up at 26 going into halftime.

Hayesville would turn on the defense in the third quarter. With their offense still not executing at a high level, the only way to take the lead was to let their defense hold Robbinsville to fewer points. Their defense did just that, holding the Black Knights to a measly five third-quarter points. Hayesville only managed ten points themselves, but that was enough to take a five-point lead into the last quarter 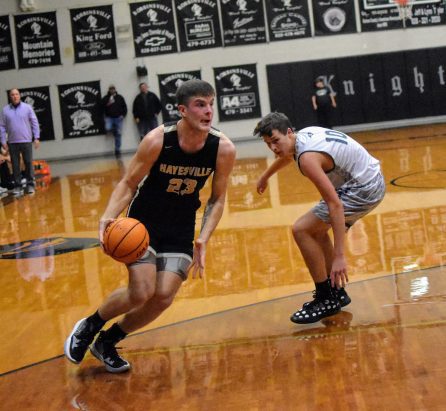 Jake Mctaggart takes it to the rim with a great move.

“Tough gym to shoot in; a lot of teams come up here and struggle.”

“We did not shoot the ball well, we did not play well, but I thought we really grinded out a win.”

“We held their team on their court to 44 points, sometimes that is the stuff you have to do to win in this league.”

“This is the second time we have done that this year; we had to do it at Murphy too.”

“We talked about it in the locker room; these are the types of wins that pay off come playoff time; there might be times when you play like this and have to figure it out; we have done that two or three times this year.”

The Hayesville Yellow Jackets will next play on Tuesday, January 11th, at Hiwassee Dam. To get updates or see how the Yellow Jackets have done, tune in to all the latest Team FYN sports coverage on Facebook, Twitter, Instagram, and at https://claync.fetchyournews.com/category/teamfynsports