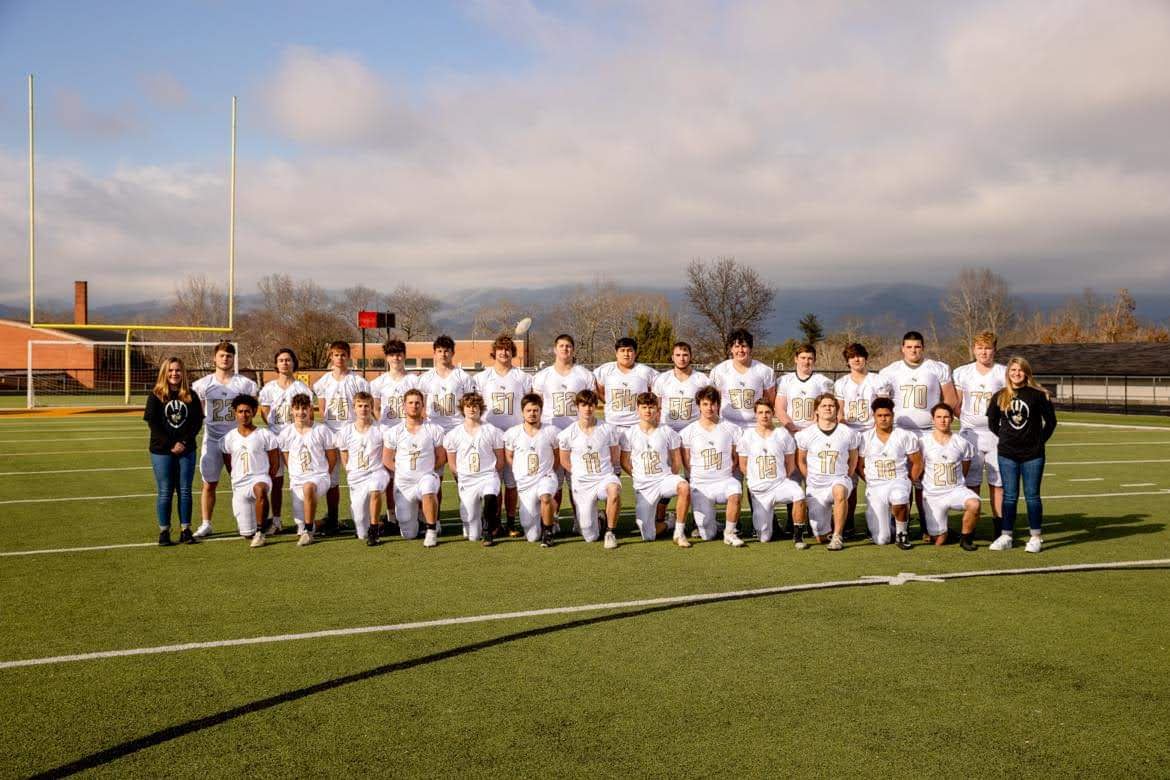 The Hayesville Yellow Jackets traveled to Swain on Friday night to take on the Maroon Devils. It had been 18 years since the last time Hayesville had beaten Swain. The Yellow Jackets looking to end the season on a winning streak did just that. With some big offensive performances and multiple interceptions on defense, Hayesville won 41-26.

Hayesville started the game on defense, while not giving up any big plays Hayesville did allow a first-drive touchdown to the Maroon Devils. After getting the ball for the first time on offense the Yellow Jacket offense did not disappoint. Blake McClure got Hayesville right back in it with about a 35-yard touchdown run. Cable Krieger made a huge third-down pass break-up on the next Swain offensive drive. That helped Hayesville get the ball back with the game tied up 7-7 and that’s how the quarter ended.

The Maroon Devils would get the first score of the quarter on a fullback dive taking a 14-7 lead. After a 3 and out Swain got the ball back and responded with a bomb touchdown pass. They did miss the extra point and it brought the score to 20-7 Swain leading. Hayesville responded as best as they could though and started to play some of their best football all season. Hayesville scored two straight touchdowns to tie it up going into halftime 20-20. The first touchdown was a 33-yard touchdown run by Taylor McClure. Followed up by a fumble recovery by Cable Krieger which led to a Kyle Lunsford touchdown reception.

The second half was all Yellow Jackets, as Hayesville played some dominating football. After trading the ball back and forth on the first four drives of the second half Hayesville got a score to take their first lead of the game. Kyle Lunsford with his trademarked tough running punched one in for the Yellow Jackets. A great defensive third quarter that saw only one score by either team, ended with Hayesville Leading 27-20.

Swain had the ball to start the fourth quarter but not for long as Taylor McClure intercepted a deep pass. He ran it all way down to the 10 for about a 70 yard return, but some of it was negated by a block in the back. Hayesville just about got stopped having to go for it on fourth down from the Swain 30 yard line. Logan Caldwell threw a great pass to Tyler Anderson who made a great full layout over-the-shoulder catch for the touchdown. This gave Hayesville a two-score lead. On the next Swain drive, it ended once again with a huge Taylor McClure interception giving Hayesville the ball back and all but icing the game. Hayesville cruised to victory at this point winning 41-26.

Q: Coming off a win at Rosman what was your mentality going into this game knowing that playoffs were out of reach but you had one last game this season?

A: Just to finish strong, finish the right way, play for these seniors who its there last game. Finish on a winning streak and beat Swain who we have not beaten in over a decade. We just challenged them to do something a Hayesville team has not done in a long time and they responded.

Q: After rough start to the year what does this momentum of ending on a two-game win streak do going into the offseason?
A: This season we had a lot of young kids get valuable experience, finishing on a win streak is big. I think its going to drive these kids to work hard, to have more moments like tonight in the locker room enjoying wins as a team and being excited having fun.

Q: Especially tonight, whats it mean to you not just as a head coach which I know can be hard to separate but also as a dad who has two sons on the team. A senior Blake McClure who led the way on offense tonight leading the team in rushing, but also Taylor McClure a freshman who led the team on defense tonight with two interceptions?

A: I am just blessed to be a part of it, a lot happened this past year because of Covid, but we were able to have this season and seeing them celebrate together, you know I am super proud. Proud of all my guys but when your a dad your proud too and they both played their best game of the season tonight. I mean what more could you ask for.

Hayesville’s season will end here but FYN Sports looks forward to getting into baseball season this spring and being back for football next fall.