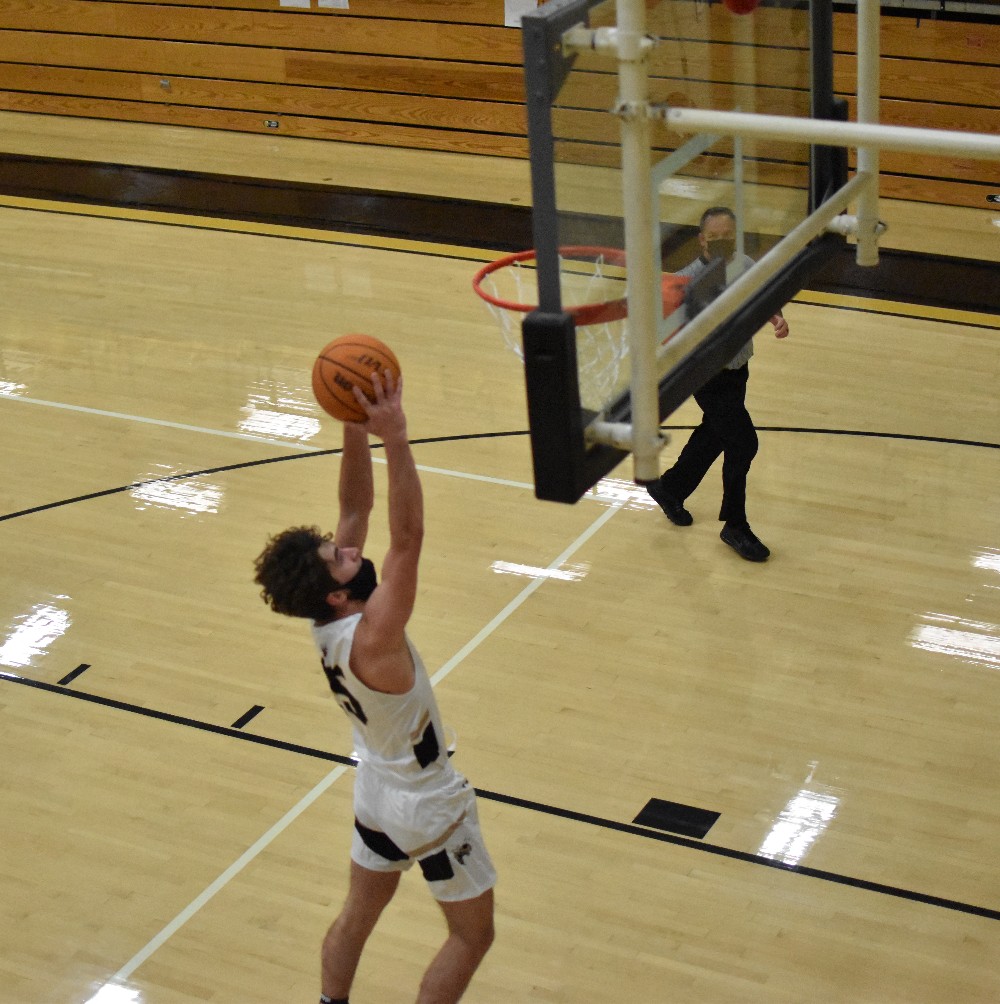 The Hayesville Yellow Jackets hosted the Nantahala Hawks on Tuesday night. This was their home opening game, as well as their first game of the season. The Yellow Jackets had great energy and it was obvious they were excited to be back on the court after an extended offseason. Hayesville was the superior team in this game and played like it all night long.

The Yellow Jackets started off with a bang to start the season. Senior Brady Shook stole a pass and dunked the ball with a two hand tomahawk. Normally this would have brought thunderous cheers from Hayesvilles student section. Yet with Covid restrictions and only twenty five fans in the gym it was a much different environment. Yet that did not stop the Yellow Jackets high paced action all night.

The first half belonged completely to the Yellow Jackets, who rotated a full five players regularly. Both the first and second units ran the floor hard and had numerous fast break finishes. Between good defense and the fast break the Hawks got down early and never had a chance to get back in it. The first half closed with Hayesville leading 50-20.

Eli Roberts rises above his opponent for a strong finish.

In the second half Hayesville went on an early run stretching their lead out to 40 which resulted in a running clock. Give the Hawks credit they did have several deep threes on the night. They only had one less three than Hayesville on the night but could not get anything to fall inside. Hayesville had the size advantage and used it to keep their opponents from attacking the basket. The game finished with Hayesville winning 88-36, getting their season off to the right start.

The Hayesville Yellow Jackets (1-0) travel to Graham county on Friday evening to take on the Robbinsville Black Knights. This will be their first conference game of the year for Hayesville. As the defending champions it should be a good test to see if Hayesville has what it takes to defend their crown.