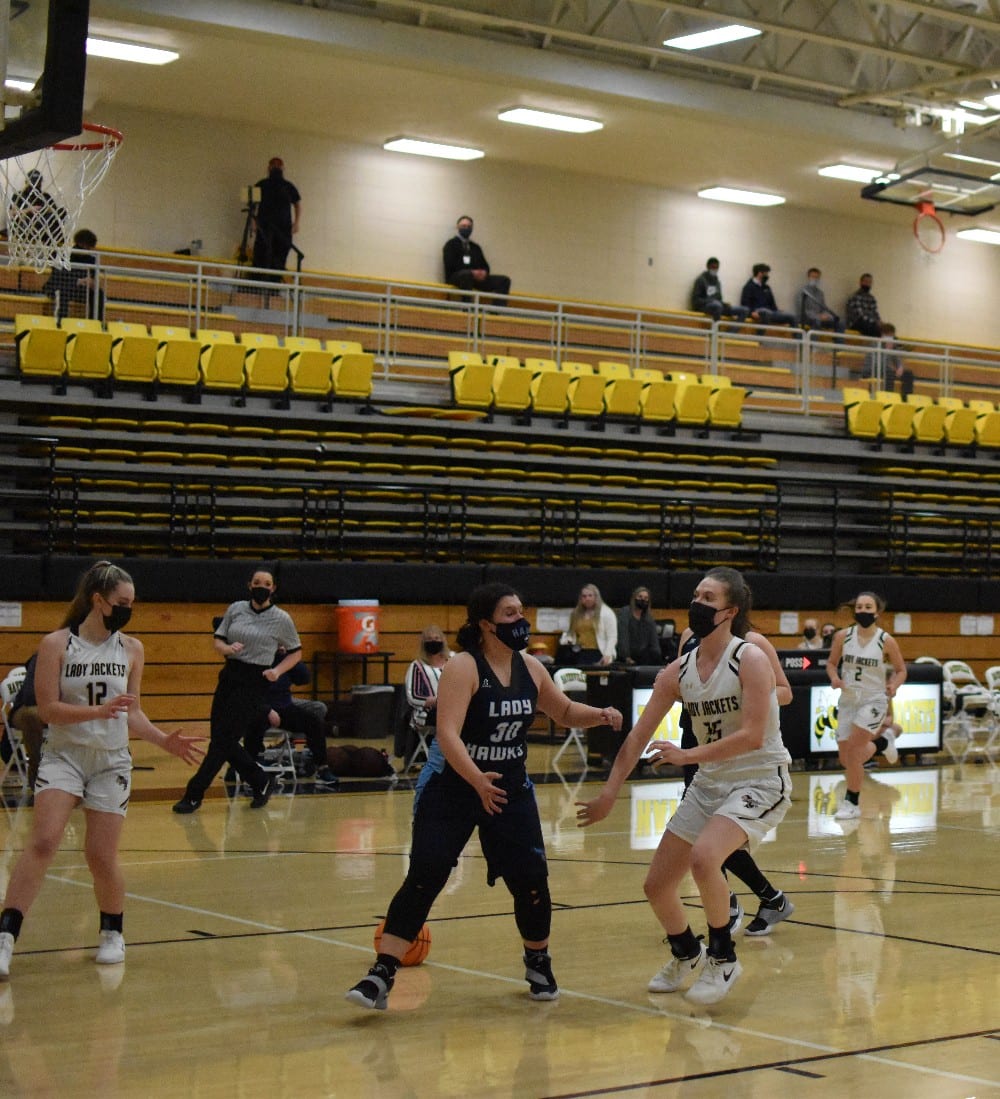 The Hayesville Lady Yellow Jackets hosted the Nantahala Lady Hawks in the first game of their long awaited basketball season. Hayesville is bringing back some firepower down low this year with three seniors leading their post rotation. At the same time though they are incorporating some new guards into the playing rotation. In this game Hayesville totally had their opponent overmatched. While the game itself was not close, it gave head coach Chad McClure a look at some of his new pieces in a low pressure environment. 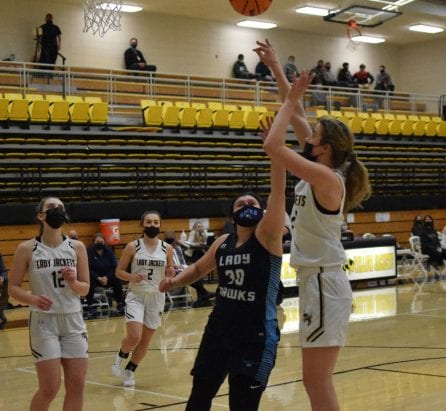 Jocelyn Buckner rises high to score over her opponent.

In the first half the Lady Jackets were able run through many of their offensive sets. This gave the opportunity for many different players to get great looks at the hoop. Hayesville was led by senior Brianna Foster with nine first half points. Foster showed off some new moves including leading the break multiple times along with a couple of fancy euro step finishes. At the halftime break, the Lady Yellow Jackets led 38-2.

The second half saw Hayesville get many of their reserves valuable time, with several seeing their first ever varsity action. Hayesville had fewer scorer opportunities as the majority of the second half was played with a running clock. The Lady Yellow Jackets did not do anything in an attempt to run up the score. Yet even Hayesvilles second unit grossly outplayed the Lady Hawks.

Breanna Cothren looks to pass to an open teammate.

The game ended in a more lopsided score than anyone would have even guessed. With Hayesville running away with it 64-4. The Lady Yellow Jackets played good team ball, sharing it well and executing their offense with great efficiency. This game was a nice opportunity for Hayesville to get back on the court after an extended offseason.

In their next contest the Hayesville Lady Yellow Jackets (1-0) will travel to Graham County to take on the Robbinsville Lady Knights (1-0). This will be their first conference matchup of the year. While early in the year this game presents an important start in conference play, in which will arguably be the toughest conference in the state.