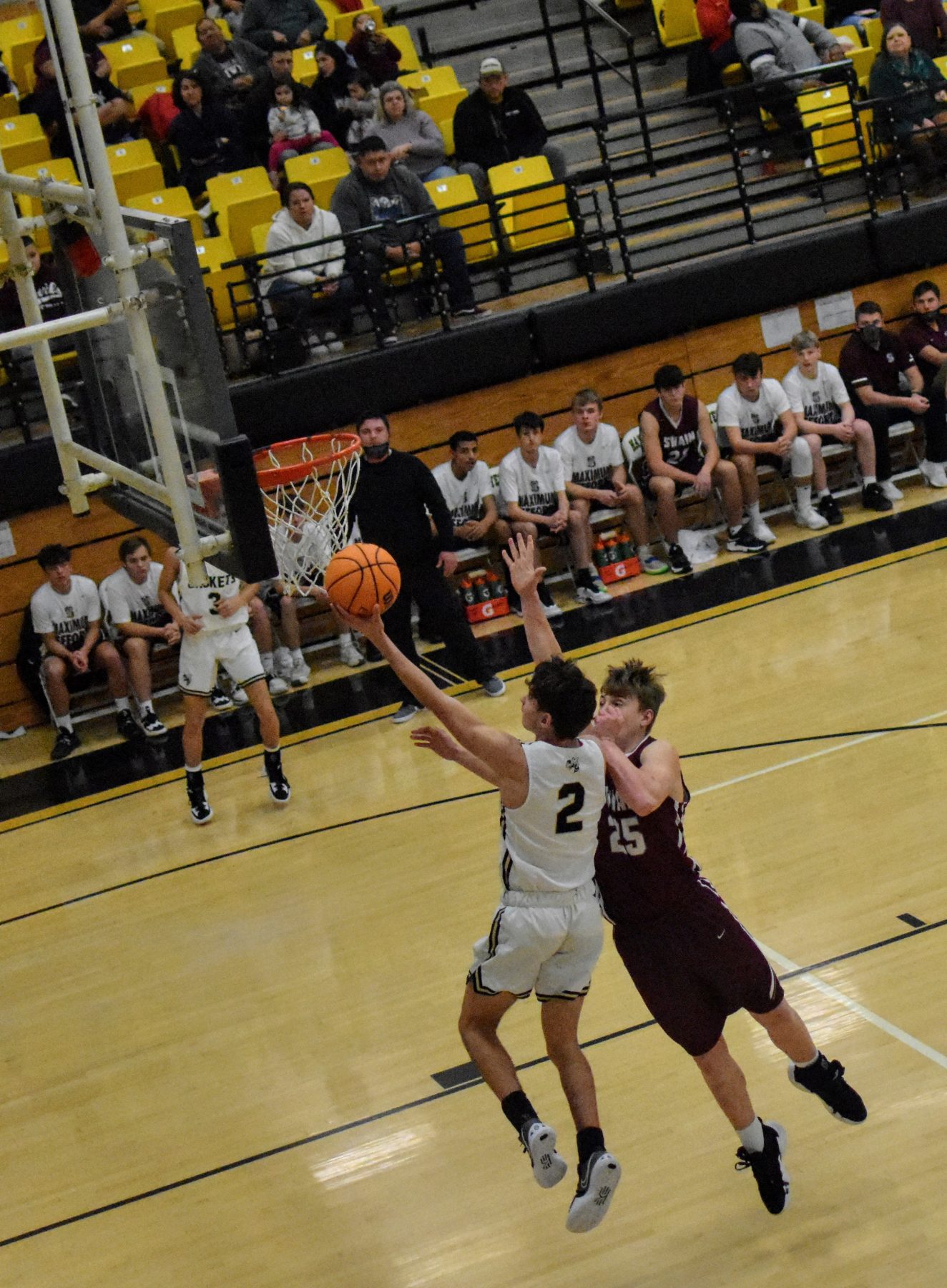 On Tuesday night, the Hayesville Yellow Jackets hosted the Swain Maroon Devils in a primetime matchup. These two teams are the presumptive top two teams in the conference, and they played like it. Regulation was simply not enough as the two teams fought incredibly hard all night. In overtime, Hayesville dominated and quickly put the game away, winning 68-57.

The Yellow Jackets and Maroon Devils both started slowly, with each only having a few possessions over the first three minutes. Neither team was pushing the pace, and both were feeling their way into the game. Hayesville scored first and wouldn’t relinquish the lead all quarter. Led by Jake Mctaggart, who had five first-quarter points, Haysville would lead 11-10 at the end of the 1st quarter. 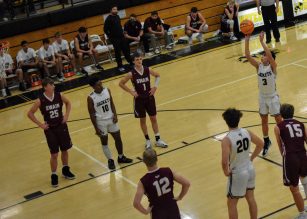 The pace would quicken in the second quarter, with both teams starting to find their scoring groove. In the quarter, the Yellow Jackets would get two huge threes from Ethan Hooper. Hooper has struggled with his shot at times this year but appeared to break out of the mini-slump. He had some clutch moments for Hayesville on the night. Hayesville would stretch their lead out to almost double digits in the quarter. However, it all changed when Asher Brown picked up his second foul, putting him on the bench. He had been guarding Donnavin Groenewold, who was scoreless to that point. He would immediately go on a solo 8-0 run to pull Swain close. Going into halftime, Hayesville would lead 28-24. 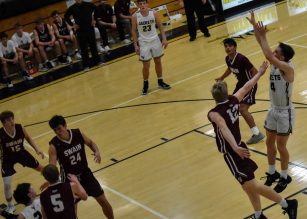 The Yellow Jackets would come out firing in the third quarter and quickly regain the lead. The Yellow Jackets would score more points in the first 40 seconds of the fourth quarter than they did the entire third quarter. In the quarter, Hayesville would get six points from Kolbe Ashe, eight from Mctaggart, who also had a highlight-reel dunk in traffic. It looked like those two would help Hayesville secure a tight victory. Swain, though would make a miracle bank shot three as time expired. This would force overtime.

The overtime period was all Hayesville. Hayesville head coach Michael Cottrell said, “overtime showed a glimpse of the type of team we can be.” Hayesville cruised to victory, scoring 15 in the four-minute overtime period. Winning the game 68-57, Hayesville stays undefeated on the season. 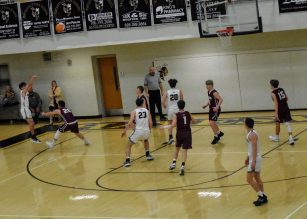 Q: Tell us your thoughts on the game; they hit a big bank shot three to force overtime?

A: Yes, they did, and you know we usually come up with that rebound; that’s what we do is come up with big plays. We didn’t, though, and they hit a tough shot. I like the way we won; I like going into overtime, taking over the game, and playing like we are capable of.

Q: Your not an excuse maker, and you’re through a tough stretch with a bit of break coming up. Your team, though, has been sick with lots of kids getting over the flu, some have missed games, and one missed the game tonight and have had a starter injured. With a lot of your guys not 100%, what does it say about your team to be able to win three games in five days?

A: We have learned a lot about our team right now; we have had a lot of adversity and have not had our whole team together all year. I look forward to having our entire team back soon; Kyle Lunsford has been hurt all year. He is close to back. We’re hopeful we will get some minutes out of him at the Christmas tournament, get him some small minutes, and work him back in. Logan Caldwell was very sick with that flu, and it takes some time to get your stamina back. Our team has shown a lot of character. I am really pleased it’s kind of what they did during the summertime, too; it has become an identity for us, we’re going to gut it out with you, and we’re not afraid to do that.

The Yellow Jackets’ next play starting the Swain Christmas tournament on Tuesday, December 28th. To get updates or see how the Yellow Jackets have done, tune in to all the latest FYN sports coverage on Facebook, Twitter, Instagram, and at https://claync.fetchyournews.com/category/teamfynsports