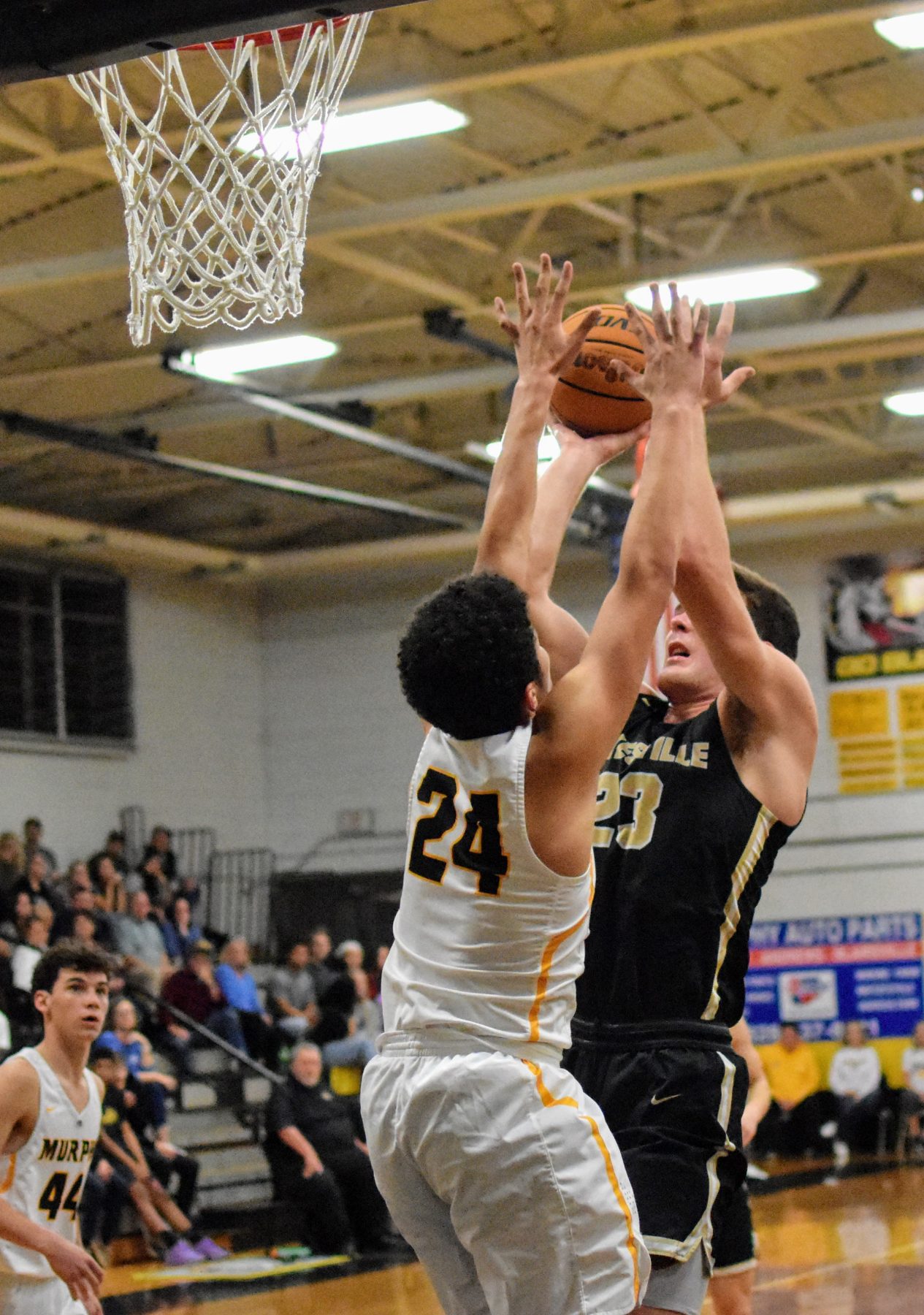 The Hayesville Yellow Jackets went to Murphy on Friday night, taking on the Bulldogs in a crucial conference matchup. It was a physical battle, with things getting a little chippy at times, as expected in a rivalry game like this. Hayesville would deliver the last blow, though. The Yellow Jackets picked up a big win as they continued to work to defend their conference championship. It was closer than expected, 58-55, but Hayesville players and fans alike were happy to find a way to win a conference road game. 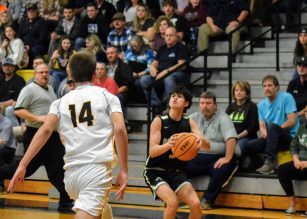 The game was tight all the way through, with the lead never getting to double digits for either team. The first quarter was back and forth, with Murphy leading for most of the quarter. Then, there were several lead changes in the closing moments of the quarter. A three by Ethan Hooper followed by a layup as time expired by Kolbe Ashe gave Hayesville a 15-14 lead to end the quarter. Ashe led the way for Hayesville in the quarter with seven points to lead all scorers. 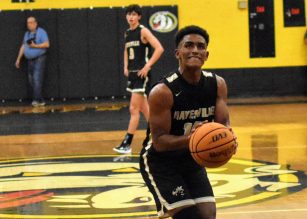 This game was an absolute battle and the second quarter just continued the heavyweight fight. It was an excellent game for fans to watch, and both fan bases were into the game. The second quarter alone had five lead changes, but Murphy started to build their lead midway through the quarter. They led 32-28 with only 48 seconds left in the quarter. Somehow though, Hayesville found a way to lead at the end of the quarter, as they had a strong finish for the second straight quarter. A tough contested jump shot by Asher Brown followed up by a three from Taylor McClure with five seconds left gave Hayesville a 33-32 lead at the half.

The Yellow Jackets started to take control of the game in the third quarter. It looked like, at times, they may start to put the game out of reach. Every time, though, Murphy would find a way to get a bucket to stop the Yellow Jacket run. Jake Mctaggart had eight second-quarter points and followed up with nine in the third quarter. Mctaggart was a force on Friday night, and Murphy has one of the bigger teams in the area. That didn’t matter to Mctaggart, though as no matter what Bulldog big man rotated onto him, they got dominated. Hayesville would go into the last quarter leading 44-39. 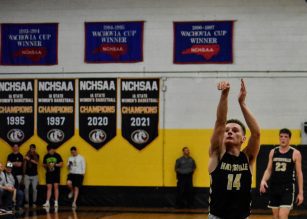 Hayesville could never pull away from the Bulldogs, and Murphy actually took a fourth quarter lead off a big three with about six minutes left. Hayesville would tie back up pretty quickly, but that would not be the last lead change. Murphy’s overly physical play would start to bite them, though, as 6 of Hayesville’s 14 fourth-quarter points came off free throws. The only points they had from the field in the fourth quarter were from Mctaggart, who had four huge field goals inside the paint in the fourth quarter. Murphy had a chance to tie with about 3 seconds left, but their contested three-point shot went off the back rim, sealing the Hayesville victory. 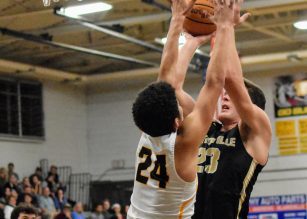 Hayesville’s Jake Mctaggart finishes through contact for 2 of his 25 points.

On Friday night, Hayesville was without two starters and had several players recovering from illness (non-Covid related).

Jake Mctaggart was genuinely dominant for the Yellow Jackets on Friday night, which was needed as Hayesville battled through missing players and not feeling their best. Murphy had no answer for him all night long. Mctaggart finished with 25 points, 19 rebounds, and 7 blocks.

The environment at Murphy was incredible, with both crowds incredibly loud all night long. It felt like the first great SMC crowd since before the pandemic.

This game improved Hayesville to 2-0 in the conference.

Hayesville’s boy’s team has not lost a conference or regular-season game since 2/11/20.

The Yellow Jackets’ next play is on Monday, December 20th, when they host the Blue Ridge Bobcats (the game will be live on fyntv.com). To get updates or see how the Yellow Jackets have done, tune in to all the latest FYN sports coverage on Facebook, Twitter, Instagram, and at https://claync.fetchyournews.com/category/teamfynsports