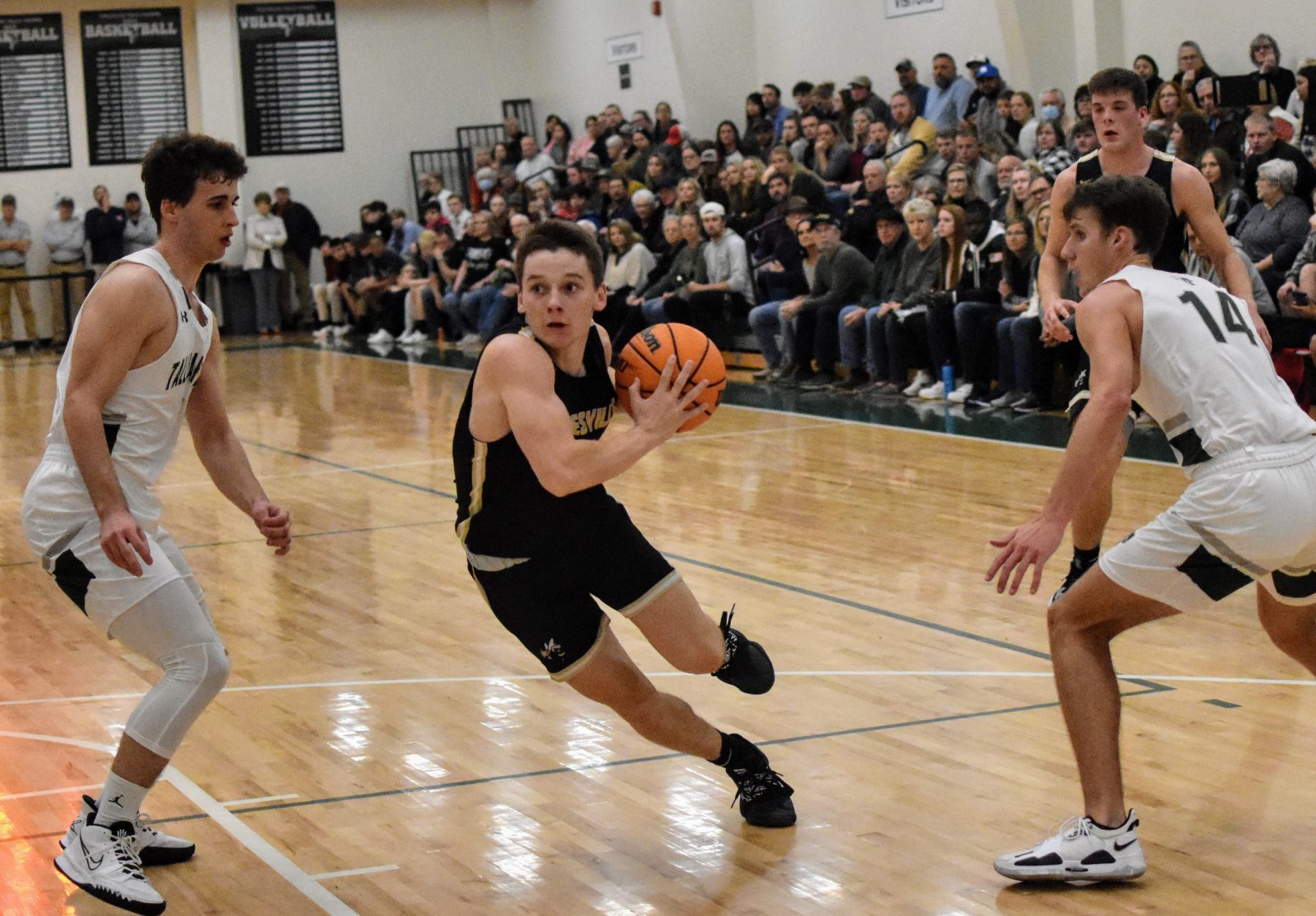 The Hayesville Yellow Jackets took the court in their second game of the season on Friday Night. It really felt like the first true game though, or at least a game with a formidable opponent. The Tallulah Falls Indians came into the game 4-0 and ranked in the top ten of Georgia 1A. They gave the Yellow Jackets all they wanted and then some, with the game going into overtime. Hayesville was able to pull it out, dominating the overtime period to win 53-49.

1st Quarter:
The game couldn’t have got off to a better start for Hayesville as they stormed out to an 11-0 lead. Hayesville looked like the team that had already played multiple games this season even though it was Tallulah Falls that came into the game 4-0. The Yellow Jackets did not show much rust. Of course their great team defense led to some really good looks in transition. Tallulah Falls didn’t score for the first time until 2:02 left in the 1st quarter. Yet they were able to claw their way back towards the end of the quarter aided by a three made at the buzzer to end the quarter trailing 14-12.

From this point forward the game was back and forth for its entirety with lots of lead changes. The second quarter saw both teams turn up the defense in a major way. Hayesville only managed six points in the quarter but held the Indians to just seven. Hayesville probably had the opportunity to score more and had some really good looks. Yet they showed some of that early season rust that they avoided in the 1st quarter missing some jumpers that typically go in. Even with the shooting struggles they were able to take a 20-19 lead into halftime.

The third quarter could have been simply labeled the Kolbe Ashe show. He scored all fifteen of the Yellow Jackets third quarter points. He single-handedly matched Tallulah Falls’ output as they scored fifteen points in the third quarter. Ashe hit three triples in the quarter followed by three two point buckets. Thanks to Ashe, Hayesville was able to keep their one point margin leading 35-34 going into the 4th quarter. 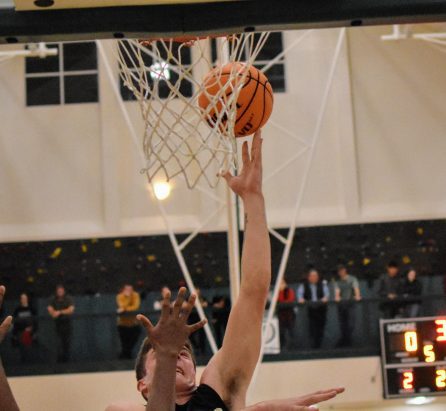 As the third quarter was the Kolbe Ashe show the 4th quarter belonged to Jake Mctaggart. Mctaggart came alive, hitting a tough bucket inside and drawing a foul to make it a 3-point play. His next basket was incredible as he dribbled through traffic then took a hop step before throwing down a one handed dunk. Mctaggart scored all 12 fourth quarter points for the Yellow Jackets to force overtime after being down as many as five in the 4th quarter. Tied up at 47 we were in for some free basketball.

Hayesville dominated the four minute overtime period as the Yellow Jackets held the Indians to just two points. While scoring six of their own they were fairly comfortable coming down the stretch. The Yellow Jackets would win 53-49 to pick up their second win of the season.

“I thought it was a good win on the road”

“This was really the first test we had this season, and this a really good team in the state of Georgia”

Hayesville will next play on Friday December 10th on the road at Highlands. To get updates or see how the Yellow Jackets have done tune in to all the latest FYN sports coverage on Facebook, Twitter, Instagram, and at https://claync.fetchyournews.com/category/teamfynsports