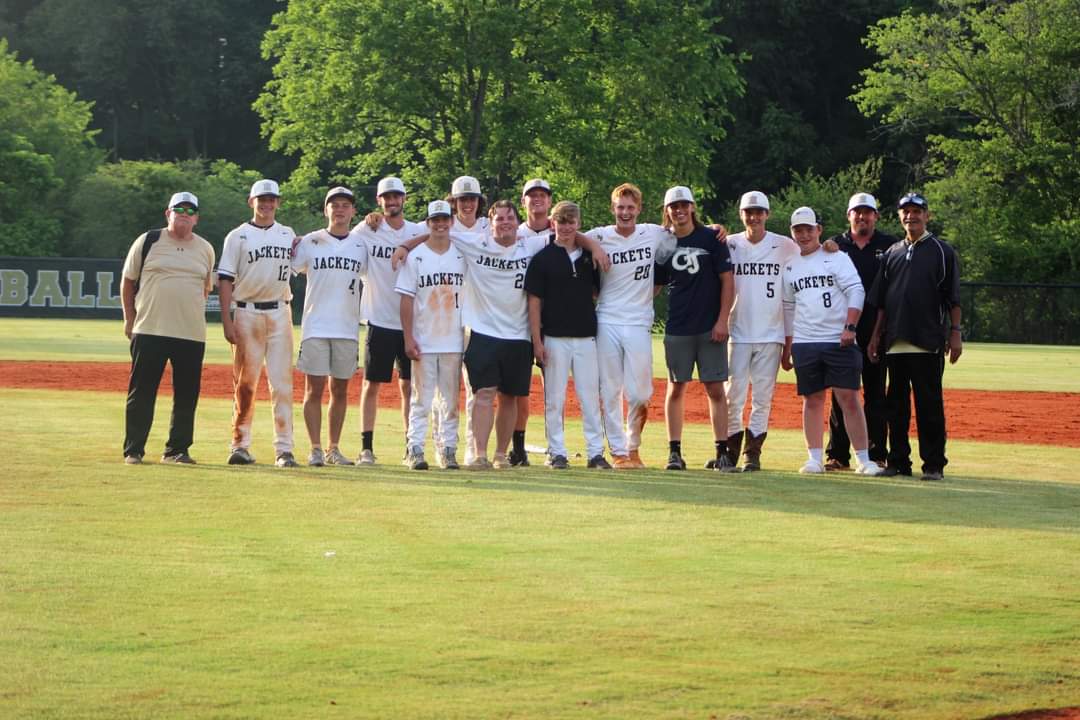 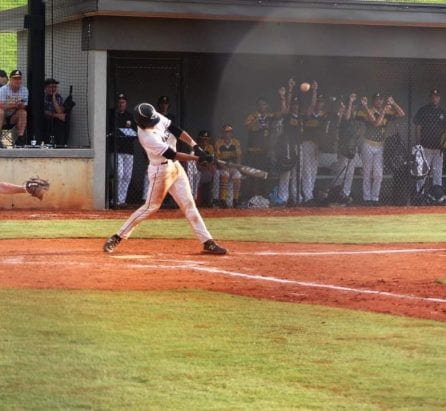 Murphy got the game started with a bang Briggs Cornwell hit a two-run home run. It was a monster shot that cleared the centerfield fence as well as the trees beyond it. Cornwell celebrated with a bat flip and cleat stomp at home plate that served to further ignite already tense rivalry.  Hayesville’s starting pitcher threw a little chin music to the next batter on the first pitch, just to let Murphy know Cornwell’s antics were not ok with the Hayesville team.

Hayesville would strike back in the bottom of the second to tie it up at 2-2. Yet Murphy would immediately regain their lead scoring two in the top of the third. Then a lighting/rain delay would last for an hour before teams would retake the field in the bottom of the third. Murphy would again extend their lead with one more run in the top of the fifth to make it 5-2. Hayesville would also scrape one run across in the fifth to take it back to just trailing two runs 5-3. 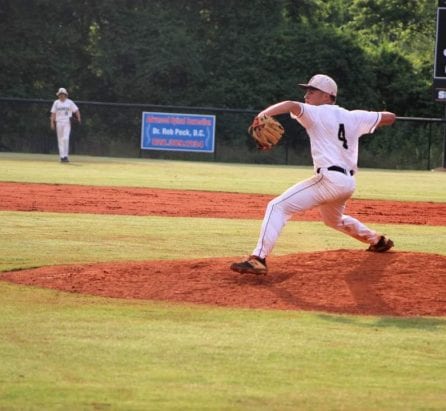 Eli Roberts would come in relief with runners on the corner in the top of the sixth and strike out the last batter to escape the inning. He would also pitch a scoreless inning to keep the Yellow Jackets within striking distance in the game. Murphy would bring on Dawson Hensley to close out the game for Murphy. Hayesville was at the top of their order though and Connor Bradley was walked to start the inning. Then Avery Leatherwood hit a standup triple to score pinch-runner Mason Cook. Jeremy Stewart would come up next and walk. Then the magic happened when senior Clayton Vandiver hit a walk-off double to win not only the game but the outright conference championship for Hayesville 6-5.

Hayesville will next play Thursday, June 11th hosting the Robbinsville Black Knights in the season finale. To get updates or see how the Yellow Jackets have done tune in to all the latest FYN sports coverage on Facebook, Twitter, Instagram, and at https://claync.fetchyournews.com/category/teamfynsports