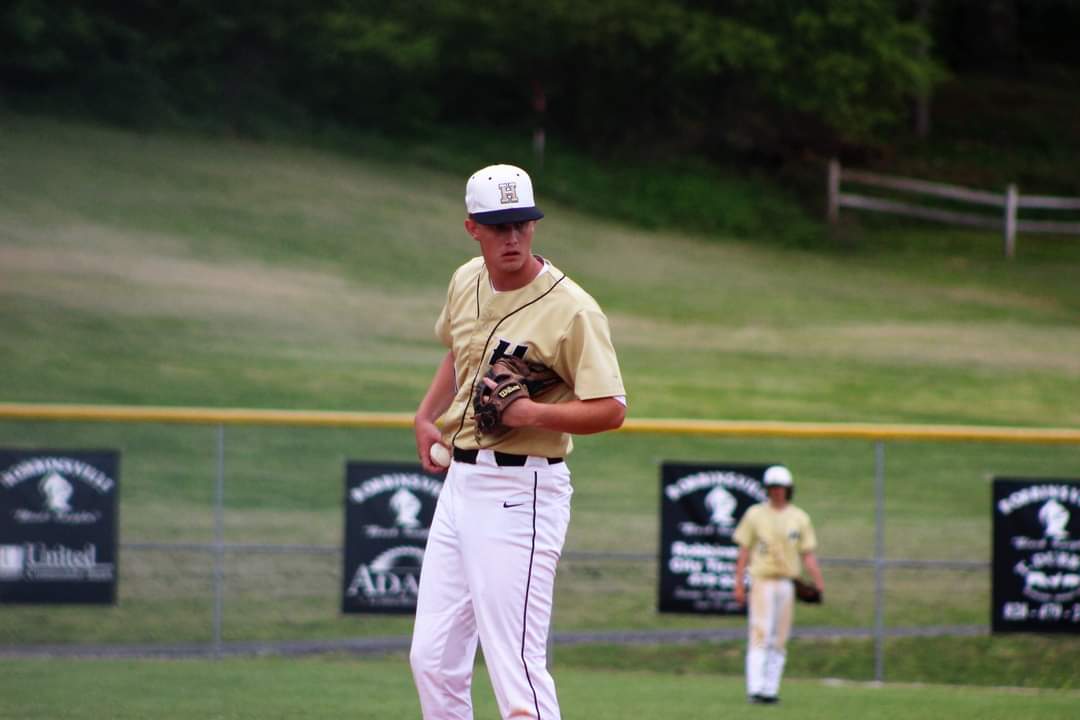 The Hayesville Yellow Jackets traveled to Robbinsville on Tuesday for their last away game of the season. Many of their originally scheduled home games have been moved to be away games as they await the opening of their brand new field next week. After coming off a big win over their rival Murphy the Yellow Jackets did not play their best game on Tuesday. It was enough to get the win though, beating the Black Knights 3-0 to stay undefeated. 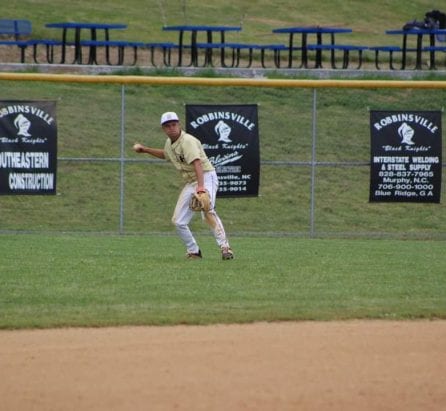 Eli Roberts throws a runner out at home.

Connor Bradley started the game off with a single to right field. Yet that was the only action for the Yellow Jackets in the inning as the next three batters struck out. Robbinsville had a similar start though as they got their leadoff batter on base via a walk. Their lineup though did a little better trying to advance the runner. They hit a double but a great throw by Eli Roberts got the runner out at home plate to keep the Black Knights from scoring. A ground then ended the inning.

The Yellow Jacket offense had no success in the second inning going down in order. Robbinsville got two runners on in the second, but once again could not get either across to score. Give credit to Hayesville pitcher Clayton Vandiver who made a few mistakes throughout the game whether it was giving up a walk or hit batter. He was able to pitch out of each and every Jam.

Eli Roberts was hit by a pitch to get on base to start the inning. Then after a strikeout, Connor Bradley Hayesville’s leadoff hitter was back up to the plate. He delivered with a two-run home run, his fourth home run of the year. This gave Hayesville a 2-0 lead going into the bottom of the third. Robbinsville got one runner on base inning the inning via a walk but had no other action. 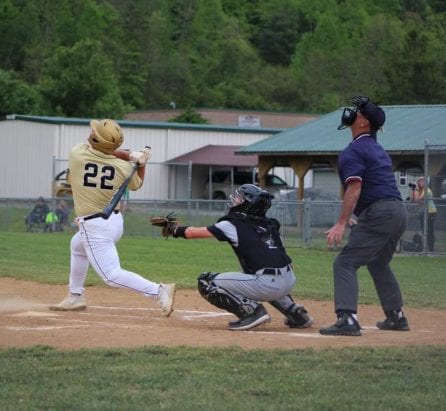 Kyle Lunsford led the inning off with a single then was sacrificed over two second on a good bunt by Cade Denton. Peyton Hunt singled but it wasn’t deep enough to score Lunsford. The next two batters struck out to leave Lunsford stranded at third. For the fourth inning in a row, Robbinsville got a runner on base but with some crafty pitching, Clayton Vandiver continued to hold the Black Knights scoreless.

Connor Bradley singled to start the inning, followed by an error that got Avery Leatherwood on but Bradley was out at second. With Leatherwood on second, a hard single by Jeremy Stewart scored him to give Hayesville a 3-0 lead. In the bottom of the inning, Robbinsville got a runner on but were still held scoreless.

Hayesville singled in the top of the sixth but were unable to score. Robbinsville looked like they might finally score but a big strikeout by Vandiver left two Black Knights stranded on base.

The Yellow Jackets did get two runners on in the inning via walks but were held scoreless in the inning. They went into the bottom of the 7th with a narrow 3-0 lead. Things looked good for Robbinsville as their leadoff hitter got on base to start the inning. A double play though quickly ended any thoughts of a comeback. As Vandiver then finished the game off with a strikeout for a complete game shutout.

Hayesville will next play on Friday, May 21st hosting the Rosman Tigers. To get updates or see how the Yellow Jackets have done tune in to all the latest FYN sports coverage on Facebook, Twitter, Instagram, and at https://claync.fetchyournews.com/category/teamfynsports