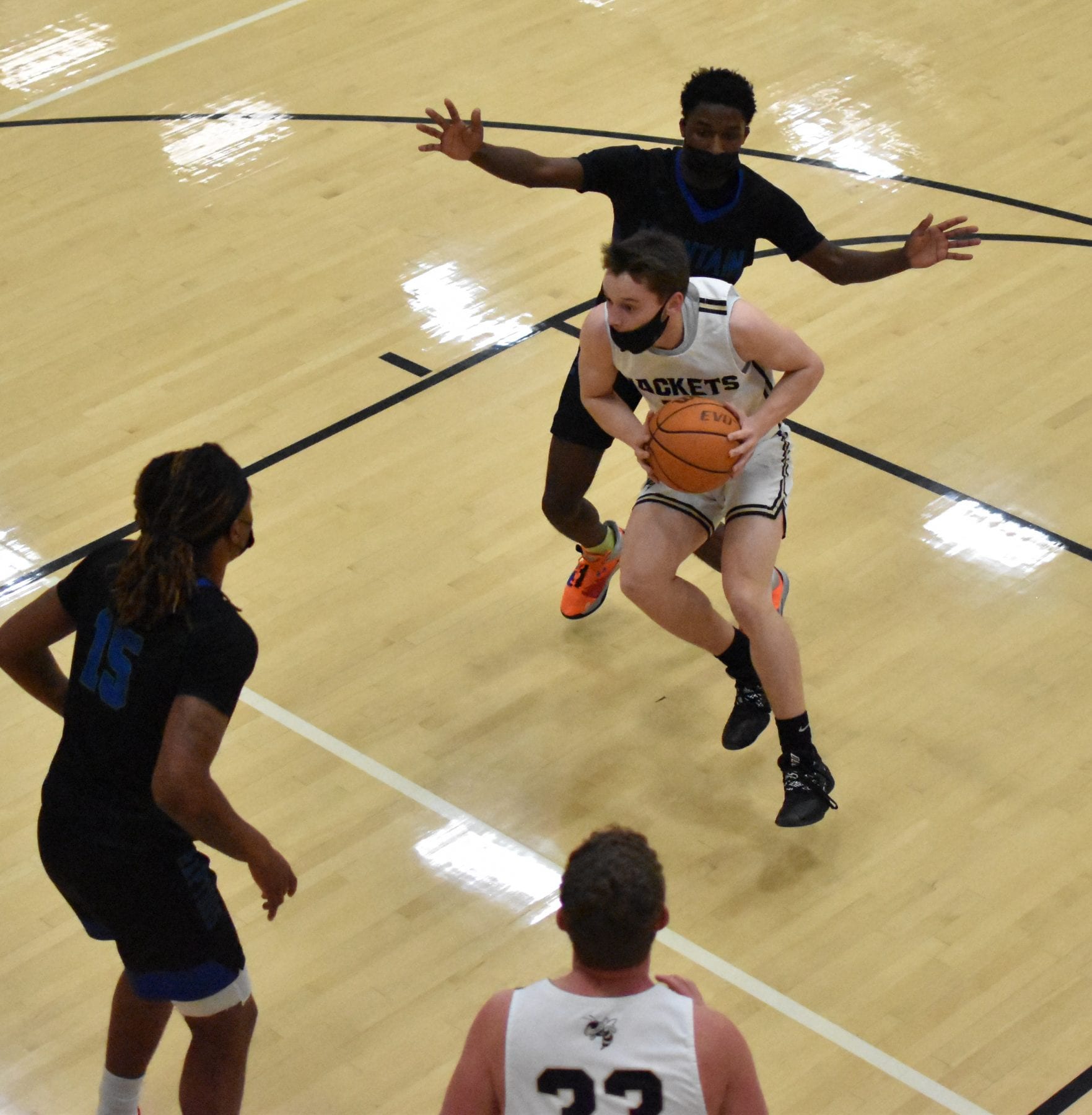 The Hayesville Yellow Jackets hosted the Mountain Island Charter Raptors in a second-round playoff matchup Thursday night. The Yellow Jackets had one of their worst shooting nights they had all season but somehow managed to stay within striking distance throughout the game. Finally seeing some shots start to fall in the fourth quarter the comeback was on. Only to fall just short to end the game losing 60-57.

The Yellow Jackets came out cold in the first quarter, having one of their worst scoring quarter of the year. Only managing five points in the quarter while the Raptors put up twelve points of their own. Hayesville saw multiple shots roll around the rim but just couldn’t get anything to fall. The quarter ended with Hayesville trailing 12-5.

The Yellow Jacket offense came alive and it looked like things may be trending in the right direction. The Yellow Jackets had 16 second-quarter points, Kolbe Ashe having six of those points, and Blake McClure with five of his own. Unfortunately, the Raptors were hot, barely missing a shot in the quarter. They had three 3’s in the quarter which is more than their game average on the season. The game went into halftime with Hayesville trailing 31-21.

The third quarter was much of the same with the Yellow Jackets trying to chip away at the lead. The Raptors just did not miss hardly anything throughout the first three quarters in the game. Mountain Island extended their lead further by quarter’s end the score was Raptors 47 Yellow Jackets 35. Hayesville never seemed in sync throughout the first three quarters and something was going to have to change going into the fourth quarter for Hayesville to have a chance.

Hayesville came out in the fourth quarter in a full-court press and finally started to look like the team fans have watched all season. They were suddenly hitting shots forcing turnovers and the pace was frantic. Mountain Island was reeling there once 15 point lead had suddenly shrunk to just five. Then suddenly after a big bucket, it was just a three-point game. Hayesville had to foul to have a chance with only 7 seconds left.

Mountain Island inbounded and was quickly fouled, going to the free-throw line with 5.2 seconds left. They missed the front end one the 1-1 and Hayesville quickly grabbed the rebound darting up the floor. Blake McClure got fouled trying to make a last-second pass to Kolbe Ashe to get off a game-tying three. Yet to the shock of fans and Hayesville players the foul was not called, ball game over. It was a tough way to end it, if the foul was called Hayesville would have got to inbound it for a catch and shoot opportunity to tie the game.

One has to wonder what the environment would have been like with 100’s of fans in attendance. Yet because of decisions made by the North Carolina government crowds were like this all season. While just down the road in Georgia and Tennessee huge crowds have attended games regularly all season. Head coach Michael Cottrell said after the game “This team was a blessing to coach, watch play and I believe they were a blessing to this community during a tough time.”