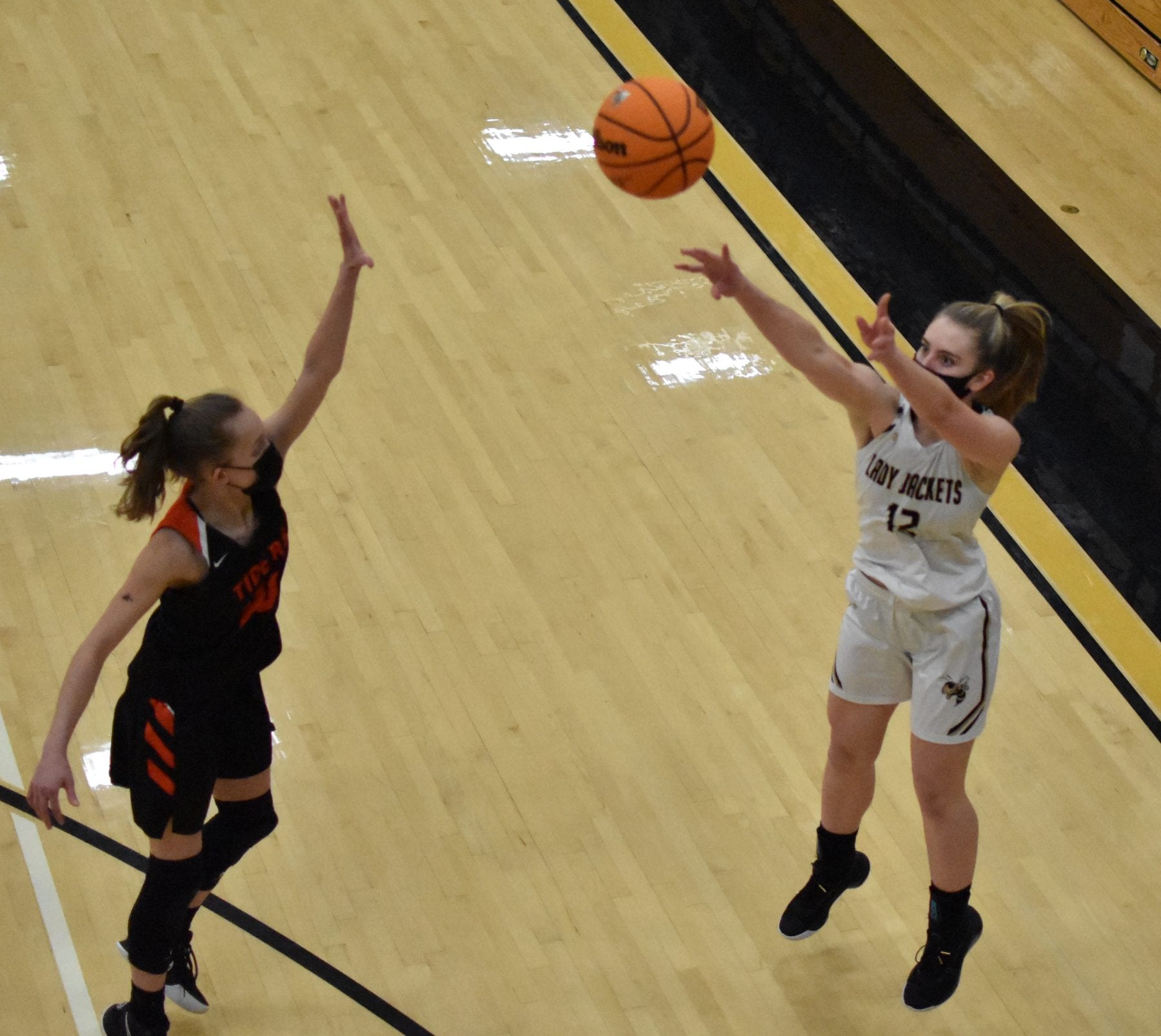 In the first quarter Hayesville got off to a rough start, while Rosman came out firing. It did not help that there were several calls from the officials that were incorrect and helped Rosman. The Lady Tigers got their lead up to fourteen points, but Hayesville chipped away at it late in the quarter. Thanks to a few late buckets Hayesville only trailed 18-10 to end the quarter.

In the second quarter Hayesville came out hot, outplaying Rosman for much of the quarter. The Lady Yellow Jackets got scoring from six different players in the quarter. They got six a piece from Breanna Foster and Lila Payne, creating a nice inside out game. It was obvious for much of the game that Hayesville had a big advantage in the post. A big part of their success in the second quarter was their rebounding effort and inside defense. Hayesville came all the way back in the quarter almost taking a lead into the half only trailing 30-29.

The third quarter was back and forth but Rosman hit some timely threes towards the end of the quarter to extend their lead. Hayesville struggled offensively in the quarter having some good looks just unable to finish. Rosman took a 45-39 lead into the fourth quarter.

Coming into the fourth quarter it was anyone’s game and Rosman looked like they may extend their lead beyond reach. The Lady Tigers had a 10 point lead with about three minutes left, with Hayesvilles window to possibly win closing quickly. Yet with a couple of big threes Hayesville all of a sudden found themselves down only four. Then they narrowed the lead to just two points but just couldn’t get over that last hump losing 60-56.

It needs to be pointed out that the officiating seemed to favor Rosman throughout the game. At one point during the fourth quarter the second half foul count was Hayesville 13 fouls to only 4 for Rosman. As well, Rosman shot 14 more free throws in the game than Hayesville. It was a rare instance where officials probably did alter the final outcome of the game.

The Lady Yellow Jackets will next play Thursday at Swain in their final game this season. To get updates or see how the Yellow Jackets have done tune in to all the latest coverage FYN sports on Facebook, Twitter, Instagram and at https://claync.fetchyournews.com/category/teamfynsports.