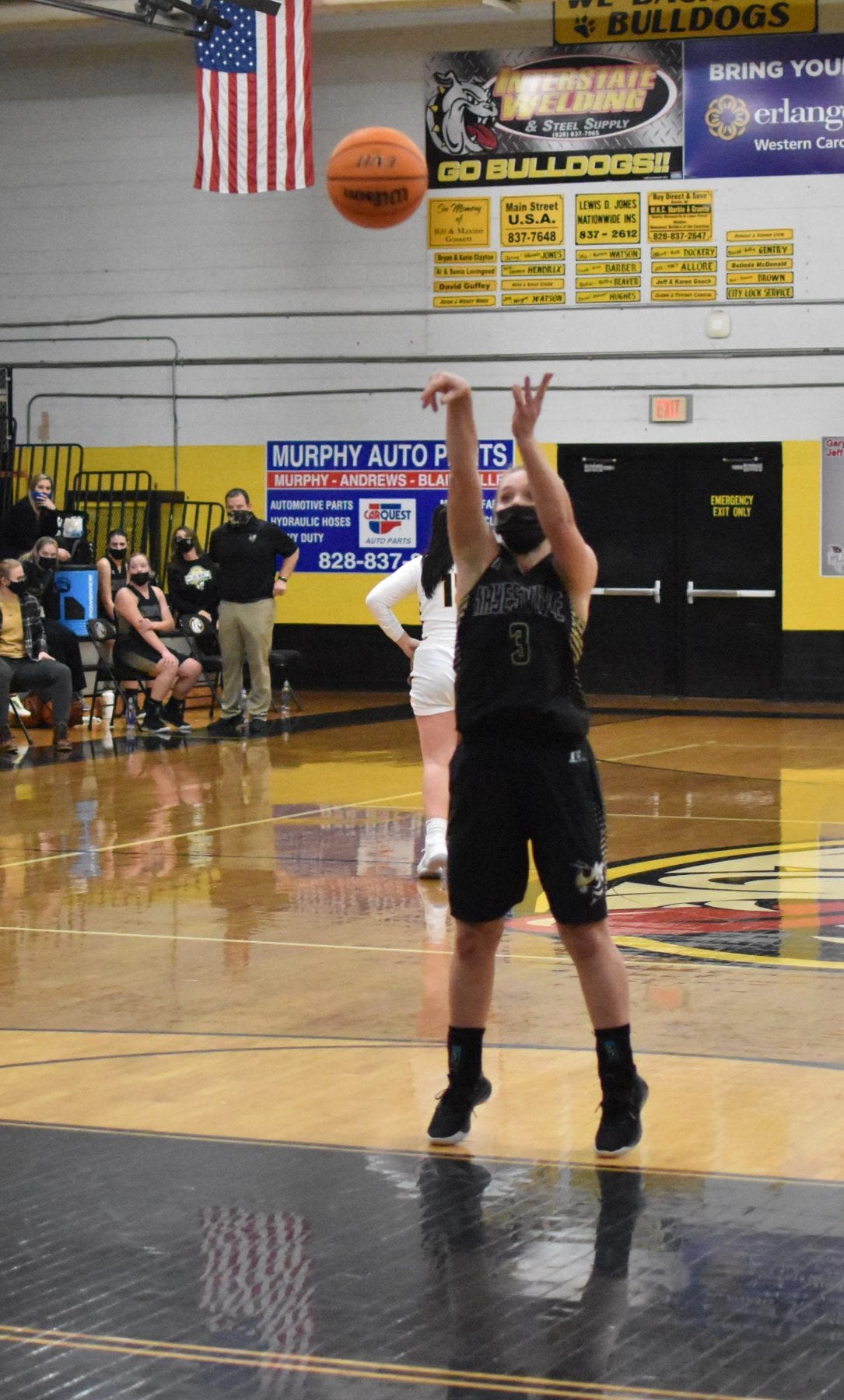 The Hayesville Lady Yellow Jackets played at Murphy on Monday night. They took on the defending co-state champion Lady Bulldogs. Murphy came into the game as heavy favorites after only losing one player off the state championship team. To make things even tougher it appeared Hayesville only dressed 9 out of the 15 players listed on their roster. Murphy got out to a big first quarter lead and never looked back winning 53-28.

It appeared in the opening moments of the game that Hayesville may be ready to give the Lady Bulldogs some trouble. Lila Payne opened up the game with back to back threes giving Hayesville their only lead of the night. Murphy quickly fought back using a stifling press defense that gave Hayesville fits. The times Hayesville broke the press their offense actually did well. Yet those opportunities were not coming often. Murphy hounded Hayesvilles guards for the entirety of the first half to go along with some great shooting.

It is easy to see why this Murphy team is a favorite to repeat for a state championship this year. They are loaded with talent and play as aggressively as any girls team you will see. Behind six first half threes Murphy took a 38-13 lead into halftime.

After the half Hayesville did a much better job of handling the pressure and looked to give Murphy a hard time. It appears when a team gets the Lady Bulldogs into a half court game that may be one of their only weaknesses. Head coach Chad McClure’s pregame keys were handling pressure, don’t give open looks and rebound. Hayesville rebounded pretty well all night even when at a size disadvantage. They handled pressure better in the second half along with playing better defense. Hayesville actually tied the Lady Bulldogs when it came to second half scoring 15-15.

One could wonder if Hayesville had their full complement of players if they could have given Murphy a better game. It will make for an intriguing match up the second time they play at Hayesville if both teams can be at full health. Regardless the Lady Bulldogs defeated the Lady Yellow Jackets 53-28.

The Lady Yellow Jackets will next play on Friday hosting the Andrews Lady Wildcats. To get updates or see how the Yellow Jackets have done tune in to all the latest coverage FYN sports on Facebook, Twitter, Instagram and at https://claync.fetchyournews.com/category/teamfynsports