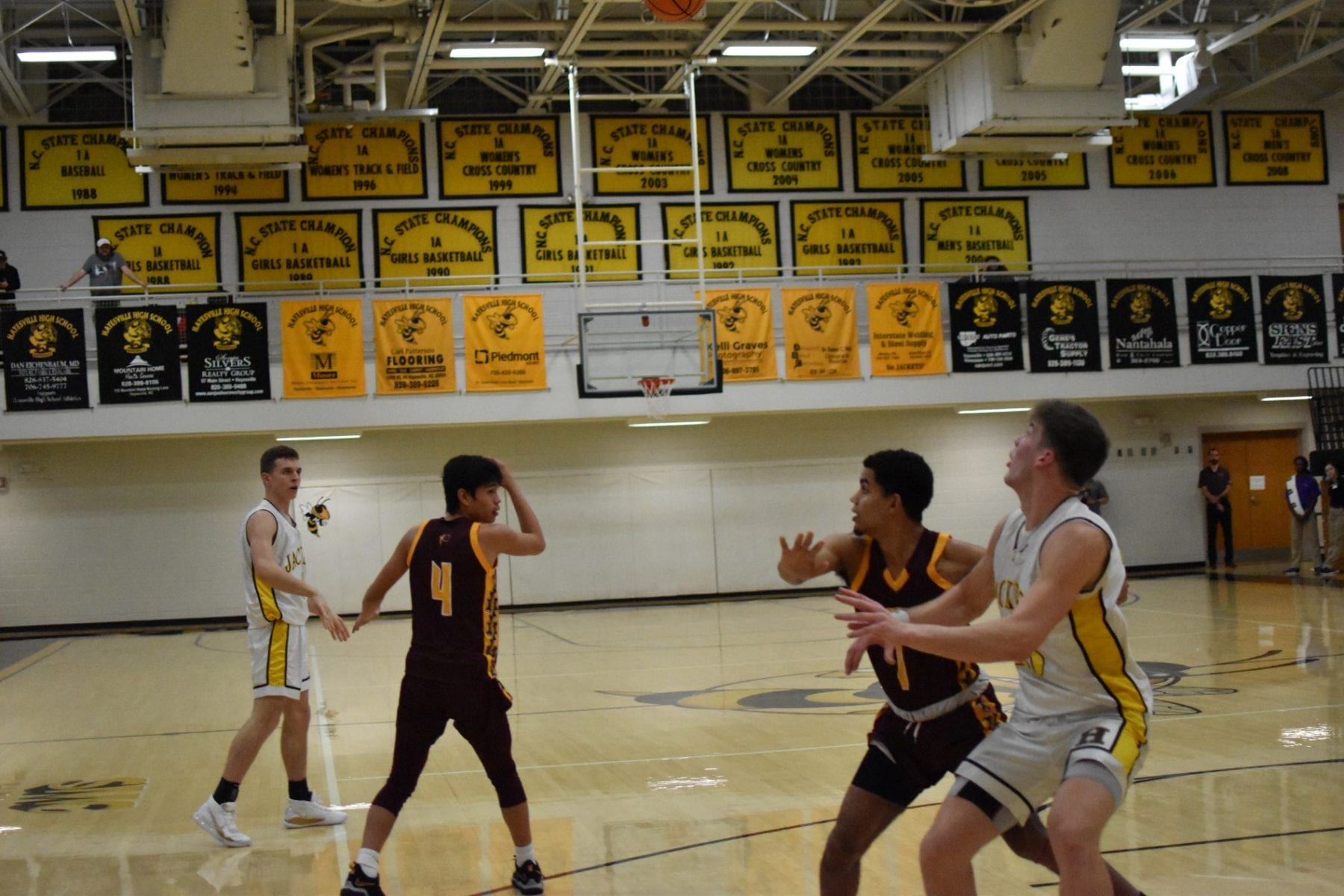 The Hayesville Yellow Jackets hosted the Cherokee Braves on senior night as well as their last regular season game of the year this past Tuesday night. The game was up and down, while both teams held leads multiple times. Ultimately in the third quarter Hayesville started to show signs of wearing down and tired legs. This may be due to playing the night before clinching the conference championship. Cherokee was playing on multiple days of rest and were little bit fresher winning the game 66-58. 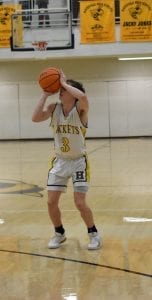 In the second quarter Hayesville found their rhythm and was frustrating the Braves hitting some tough shots. The Jackets got scoring from four different players and were spreading the ball out taking what the defense gave them. They were able to pull within one point going into halftime trailing only by one point 26-25.

In the third quarter is where the Yellow Jackets started to look like they were losing control of things. The Braves were pushing the pace and the Yellow Jackets looked like they had heavy legs. It is understandable after playing in a great game the night before winning the conference. The quarter ended with a flurry of refereeing errors that ultimately were too much to overcome for the Yellow Jackets. 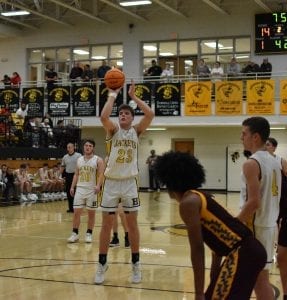 First Hayesville star Jake McTaggart secured a tough offensive rebound and got tackled from behind the the referee inexplicably called a jump ball. While the ref turned to the scorers table to make the call the Cherokee player shoved McTaggart. McTaggart then lightly tossed the ball at the player but as is often the case was caught even though he didn’t make the first mistake. He was called for a technical. Cherokee hit one free throw and was given possession of the ball. On the inbound the referees somehow missed an easy travel call followed by the Cherokee player hitting a half court shot.

The game went from Hayesville down five with the ball to Cherokee leading by nine to end the quarter. Hayesville has been able to overcome much this year and find ways to win but on this night the chance was taken from them. Give credit to Cherokee hit free throws down the stretch but several out of bounds plays were called incorrectly as well as a missed charge call that would have given Hayesville the ball. It was a combination of Cherokees strong play, refereeing mistakes and Hayesville playing on less rest than their opponent that led to their first loss in almost two months 66-58.

Hayesville will next play in the conference tournament but the opponent is unknown at this time. Check the fynsports social media sites for updates on games and game times. 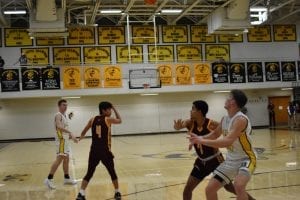