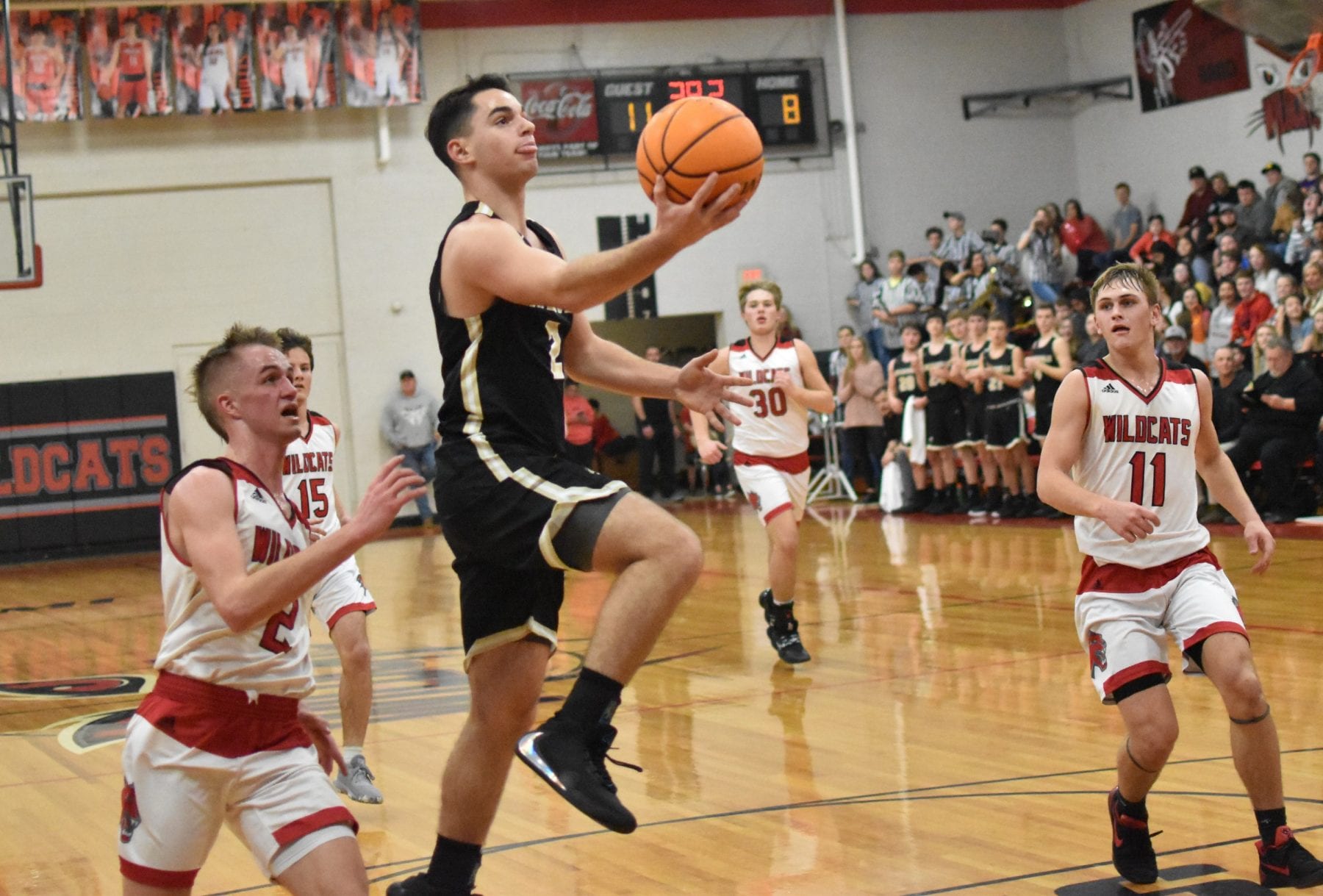 On Monday night the Hayesville boys packed up the row boats and paddled through heavy rains to make it to Andrews for a chance to win an outright conference championship. Andrews needed a win to still have a chance at a share of the title themselves and came ready to play. While it was raining outside Hayesville made it rain inside with a great night of scoring winning their second conference championship in a row 63-54. 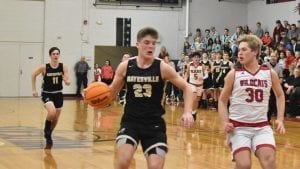 Sophomore Jake Mctaggart finishes strong for 2 of his 31 points.

In the first quarter Hayesville and Andrews traded punches each taking small leads. Hayesville went to well early in the game feeding sophomore Jake McTaggart early and often. He rewarded his team by scoring all 11 of the teams first quarter points doing it in a very efficient fashion. Hayesville finished the quarter with an 11-8 lead over the Wildcats.

Andrews was not going to be outdone though and came out in the second quarter with something to prove. They pushed the pace, made some timely shots and led by as many as eight points in the quarter. Junior Bryson Holloway had been out for over a month for Andrews and to the surprise of many suited up for the first time since his injury. His jumpshot did not seem to rusty though as he hit two big threes in the quarter to help extend the Wildcat lead. 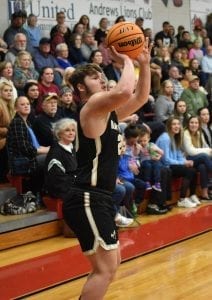 Just as it appeared Andrews may be able to carry a double digit lead into the half Hayesville junior Blake McClure decided to take control for a few minute period. He hit three second quarters threes including one of the biggest shots of the night. At the end of the second quarter the Yellow Jackets missed a three and the ball got tipped around until McClure found it in his hands. He took a jab and a dribble step back then launched a three right in the face of Andrews star junior Tucker Holloway. The buzzer sounded milliseconds after the ball came off McClure’s hands as the capacity crowd watched it fall through the net. Hayesville fans erupted while Andrews fans held their hands up in disbelief as their hearts dropped. Miraculously Hayesville had tied the game at the half 26-26 and were carrying momentum that would not be stopped in the second half.

Coming into the third quarter Hayesvilles momentum was too much to stop and they got contributions from multiple players. Junior Hayden McClure was back from first half foul trouble and made a big difference making multiple steals leading to baskets. Sophomore Kolbe Ashe was key in the game while not having one of his higher scoring games he controlled the pace limited turnovers, assisted on countless baskets and played all world defense on Andrews high scoring point guard Kabe Ellis. The Yellow Jackets thanks to timely baskets and fantastic defense finished the third quarter with a 11 point lead 44-33.

In the fourth quarter Andrews was determined to come back and fought hard coming up with some timely baskets. Great defense on Andrews stars Kabe Ellis and Tucker Holloway were coach Cottrells keys to the game. Ashe did his part and so did Hayesvilles lone senior Mark Cothren who played great defense on Holloway giving him nothing easy all night. 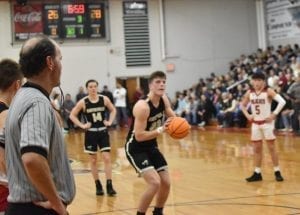 Sophomore Jake McTaggart hits one of his ten made free throws on the night.

What helped Hayesville secure victory in the fourth was great free throw shooting. Hayesville shot 21-26 on the night and hit timely free throws to secure the game. McTaggart paced the Jackets going 10-10 on the night, he was either making strong finishes at the rim or when fouled he was automatic from the line. As well as Andrews played Hayesvilles consistency and poise was too much for the Wildcats leaving no doubt who the better team was. Hayesville has played in many close games this year but almost always finds a way to win leading to their clinching of the conference championship last night.

Hayesville will next play at home for senior night tonight February 11th, they will be hosting the Cherokee Braves. This will still be an important game for playoff seeding for Hayesville while Cherokee will clinch second place in the conference with a win.