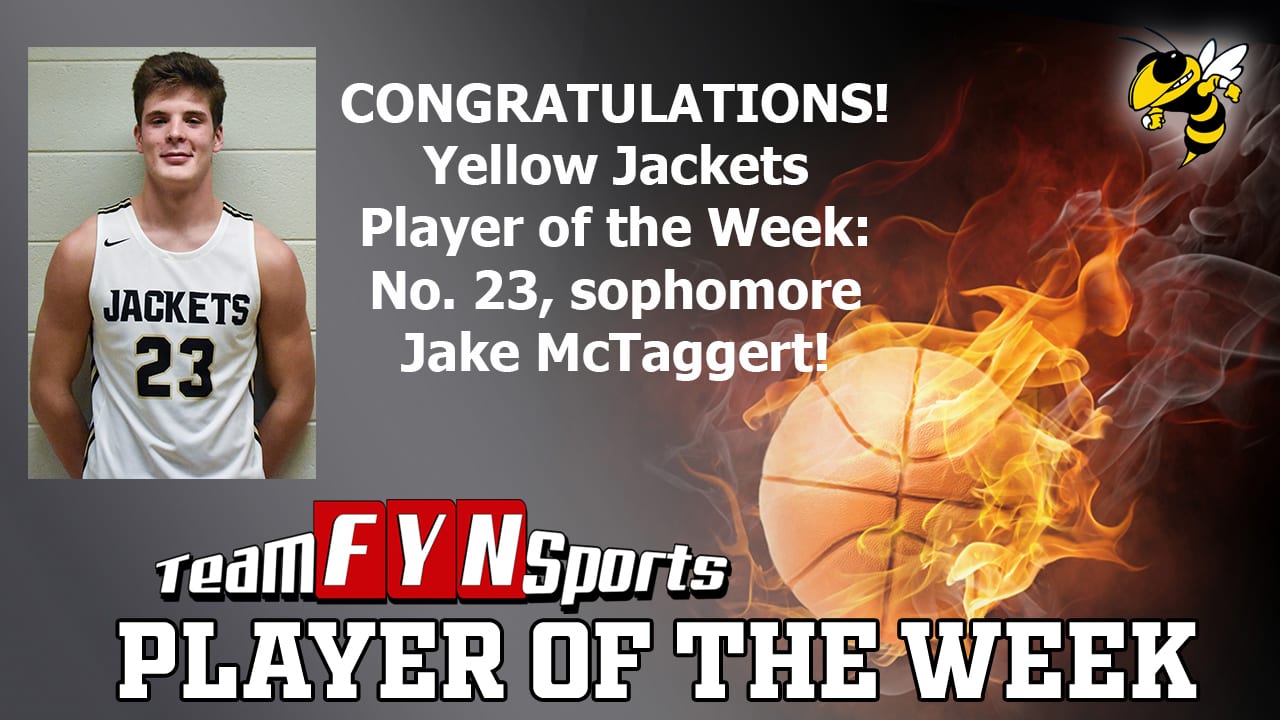 Jake McTaggert is the TeamFYNSports Writer’s Player of the Week for the Yellow Jackets!

McTaggert, a 6-foot-7 sophomore, averaged 23 points per game during the past week and showed up big in the most important games for Hayesville (3-1, 2-0 Big Smoky Mountain 1-A).

McTaggert started the week with a game-high 32 points in a narrow, 61-60 loss to Franklin on Monday, Dec. 9.

He followed that with 10 points and 10 rebounds in a lopsided, 71-24 victory against Rosman in Hayesville on Tuesday, Dec. 10, to give the team their first conference win of the season.

McTaggert finished the week with 27 points, including five made 3-pointers, to go along with six rebounds in Hayesville’s 79-40 victory against Swain Co. at home to move the Yellow Jackets’ conference record to 2-0.

For his efforts, McTaggert is the TeamFYNSports Writer’s Player of the Week for the Yellow Jackets!