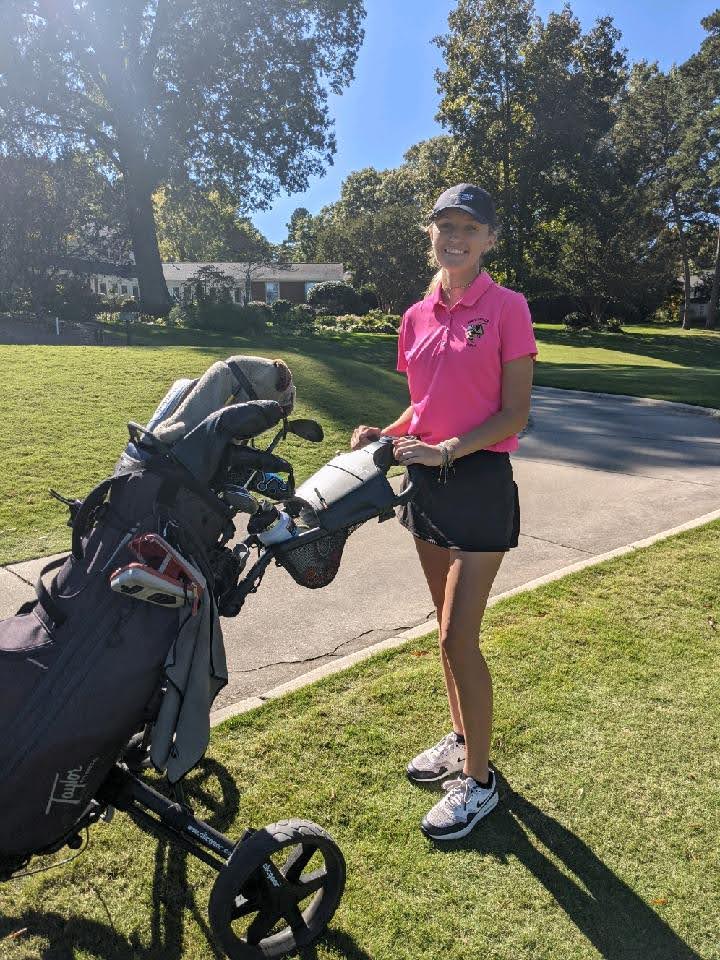 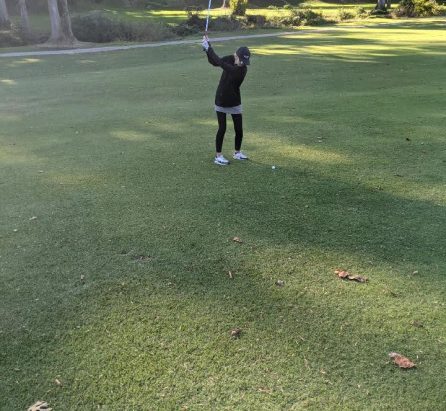 Logan played the back 9 first to start her round and had a picture-perfect start. She birdied her first two holes, starting the round two-under and giving herself some cushion. Logan would continue to play well and went onto par the next four holes to maintain her lead over the field. She would face her first bit of adversity of her day on the 16th and 17th holes. She uncharacteristically double-bogeyed the 16th following it up with a bogey on 17. In two holes she went from having a two-stroke lead to being down a stroke. Many golfers would have struggled to turn it around after that. Not Logan though, her championship composure could be seen as she came back to par the 18th hole.

Then it continued on the front 9, even after a dicey tee shot on the 1st hole she was able to scramble and save par. She would go on to par the next four holes as well, making it six pars in a row finding herself back in the lead. She bogeyed the sixth hole which dropped her into a tie for 1st. After making par at 7 and 8, the pressure was on at the 9th hole. Caroline Johnson had just finished her round at two over and Logan knew she needed at least a par on the last hole. She did just that, making it look easy and it put her into a tie for first to end the round.

18 holes were not enough to decide it as Logan and Johnson were tied at two over. Logan showed why she was the two-time defending champion though. The playoff hole was number 1, where she had hit a bad tee shot earlier in the day. Not this time though a perfect drive and approach shot left her with a 3-foot birdie putt to win the match. Logan sank the putt and defended her crown now moving onto the State Championships next week where she will be one of the favorites.

Q: You started off really hot in your round then cooled off a little bit. How did you maintain focus coming into the end of your round when you needed a par on the last hole to force a playoff?

A: I did start off really strong, I knew I needed to as the back 9 was the easier side of the course. Which is why I cooled down a little bit on the second 9. On the last hole, I had a four-foot putt to force the playoff. Those types of putts I put a lot of practice into which gave me the confidence I needed to make it.

Q: What was your mindset going into the playoff hole on number one?

A: I pulled my drive a little left the first time I played it. So I knew I needed to hit a better tee shot which I was able to. It put me at about 55-yards out which is a distance I am very comfortable at. I was able to hit the second shot to three feet. Which as I said earlier I practice my short putting a lot and I was able to make it to win the match.

Q: You have won three straight regional championships. What is your goal and thought process going into the two-day state championship tournament?

A: It is my senior year so I am really hoping to win it this year. I have put in a lot of practice in with that goal in mind. State last year was only one day so that was really difficult. The two-day state tournament this year will help me a little bit. I always play better on the second day of tournaments. I am going to go out and grind it out this week in practice then try to play my best at state.

“I was very proud of Madison today, she played very well and kept great composure throughout her round. Her stellar performance in the playoff resulting in a birdie is evidence of what an incredible golfer she is.”