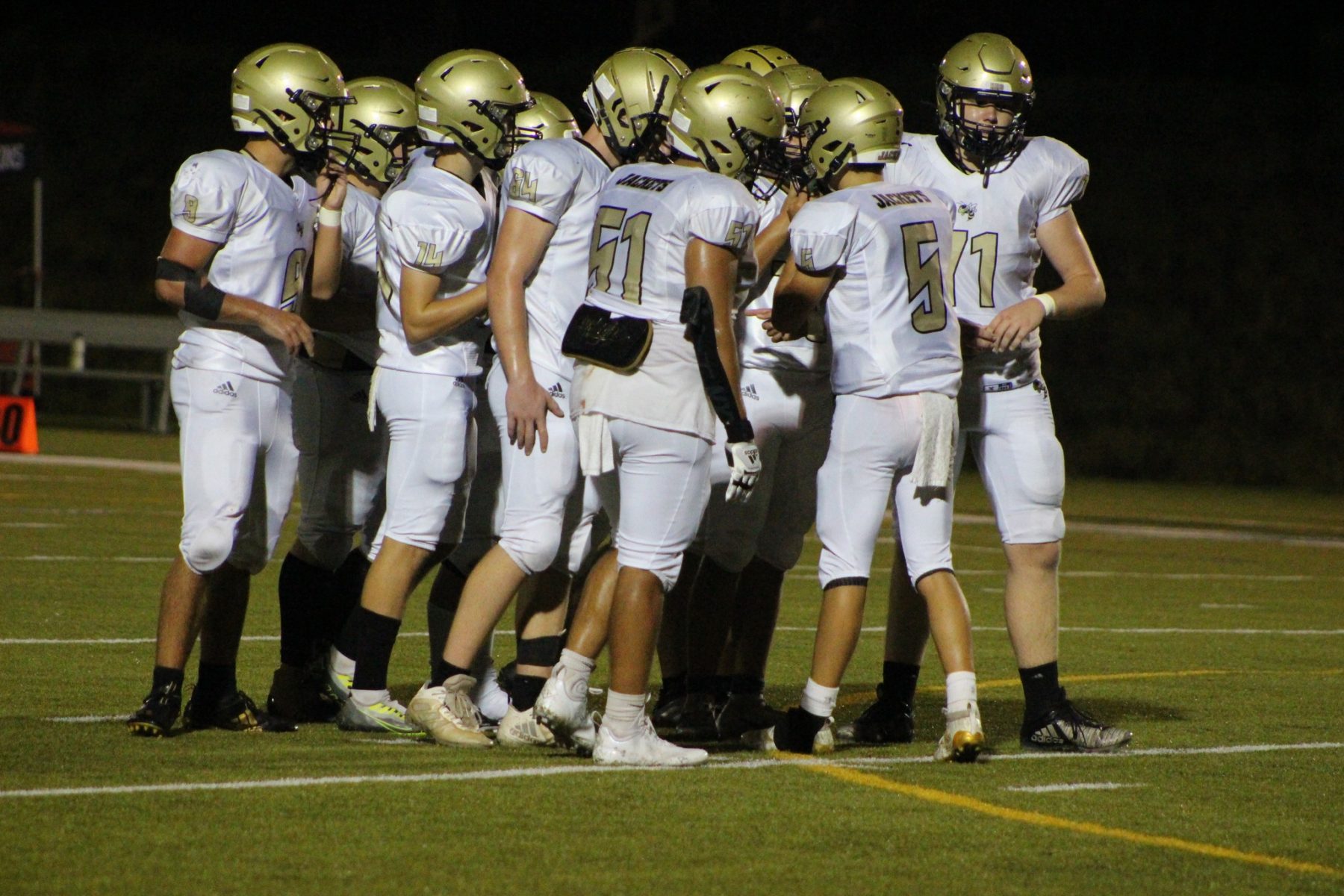 Bryson City, NC- The Hayesville Yellow Jackets took the bus ride over to Bryson City last Friday knowing that this was a pivotal point in their season. Lose, and you’ll find yourself at the bottom of the Smoky Mountain Conference standings. Win, and with a little luck, you could find yourself at the top of the conference with some favorable playoff seeding. The Maroon Devils were in the same boat, looking to end their 3-game-losing skid on homecoming night- in a game where they were 6-point favorites.

Obviously, the Yellow Jackets don’t pay much attention to the spread as they came into Memorial Stadium and whooped the Devils up and down the field. The Yellow Jackets found paydirt in all four quarters on Friday night, and only allowed the Maroon Devils to cross the goal line once in 48 minutes as they spoiled the Swain County homecoming festivities, 27-7.

Taylor McClure was the motor of the Yellow Jacket offense, as he accumulated over 100 yards and 1 score on the ground, and also found himself on the receiving end of a Logan Caldwell touchdown through the air. Caldwell was nearly perfect as well, going 11-12 for 144 yards and 2 touchdowns.

Defensively the Jackets stonewalled the Maroon Devils, allowing only 166 yards of total offense. McClure, Avery Leatherwood, and Kyle Lunsford were the defensive tackle leaders for the Jackets, and Caldwell and Michael Mauney helped get the Jackets D off of the field with 2 interceptions.

The win helped move Hayesville up to number 8 in the NCHSAA RPI rankings, and will go a long way in helping the Jackets secure a first-round home playoff game.

Hayesville will travel to Cherokee to face the 1-win Braves in a rematch of last year’s overtime thriller in which the Jackets were able to come away with a victory. As for Swain, they’ll go on the road to face the Murphy Bulldogs who are coming off a big upset win on the road against Robbinsville.