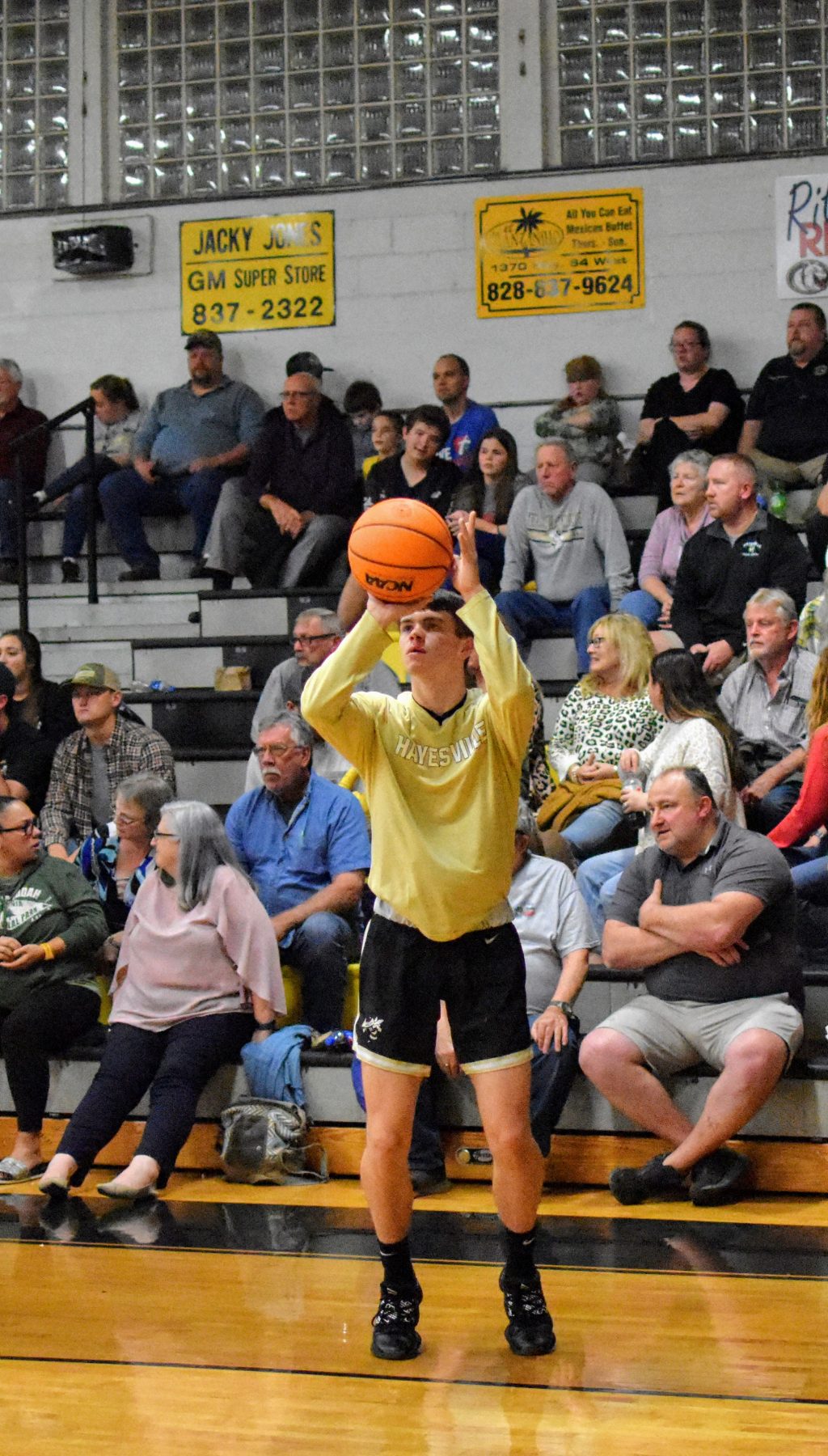 The Hayesville Yellow Jackets boys basketball team hosted the Blue Ridge Bobcats for the second time this season. It is odd to see two teams play three times in a year, but because of Nantahalla’s lack of a boys team this year, both teams found themselves looking for an extra game. This matchup was very similar to the first, as Hayesville dominated every quarter, winning 68-18. 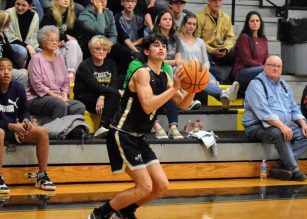 The Yellow Jackets would continue their domination in the second half. Scoring on their first possession would put Hayesville up by over 40 and start the running clock. This made the second half move very quickly. Every single Yellow Jacket would score in this game, with six different players having over seven points. The highlight of the second half was the end of the 4th quarter when Junior Seth Hedden threw down a tomahawk dunk that brought the bench and crowd to their feet. Those were the game’s last points, as Hayesville would win 68-18. 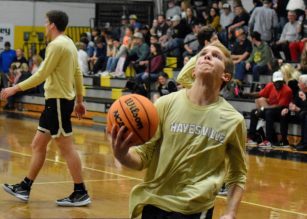 Junior Seth Hedden getting warmed up, attacking the rim.

The Yellow Jackets’ next play is on Tuesday, December 21st, when they host the Swain Maroon Devils (the game will be live on fyntv.com). To get updates or see how the Yellow Jackets have done, tune in to all the latest FYN sports coverage on Facebook, Twitter, Instagram, and at https://claync.fetchyournews.com/category/teamfynsports