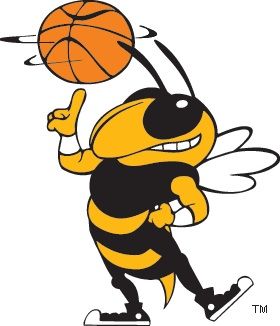 The Hayesville Lady Yellow Jackets come into the season with quite a few unknowns. With experienced head coach Chad McClure at the helm though expect the Lady Yellow Jackets to surprise some folks. They have a couple solid pieces in Lila Payne and Lila Roberts, it will just be a matter of some young players emerging. A tough schedule and competitive conference may mean they take a few bumps along the way. Yet come playoff time they could be a tough out.

A very challenging year having to deal with the strange Covid season was part of the reason the Lady Yellow Jackets struggled. Going just 4-10 on the year the Lady Yellow Jackets took a step back having their first losing season in 5 years. They did have a strong core of seniors including Lizzy Brusini, Jocelin Buckner, Madison Ellison, Brianna Foster, and Kynnly McClure.

Hayesville does bring back the strong guard duo of Payne and Roberts who will be surrounded by a very young team otherwise. Lila Payne leads the way for the senior class that is made up of four seniors in total. Payne is the only senior though that has seen significant playing time and the Lady Yellow Jackets will need the others to step up. Players like Cecilia Jones, Kaylee Leatherwood and Breanna Cothren. They also have three newcomers to the program who they will look to get big contributions from as the year goes on. A sophomore Maple Mackey and two freshmen Mallory Peck, and Brooke Graves.

With Rosman no longer in the conference, the Big Smoky Mtn conference is now made up of 6 teams. Robbinsville and Murphy will once again probably fight it out for first place. While both are also state championship contenders. Cherokee is always strong and will look to fight their way into one of the top two spots. Swain returns quite a bit and could be a team we see take a big step forward. To fight back to the top half of the conference the Lady Yellow Jackets will need some players to step up around Payne and Roberts.

The Lady Yellow Jackets play in the toughest 1A girls conference in the entire state. With that said it would probably be tough for them to compete for a conference championship. Yet they do have some really good young players who if they emerge, finding themselves in the top half of the conference is not unrealistic. As well, Chad McClure is the longest tenured coach in the conference and always has a few tricks up his sleeve. His team’s defense has long helped keep them in games and if they can hit shots down the stretch they could pull off several upsets this year.