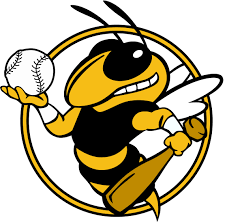 The Hayesville Yellow Jackets took on the visiting Swain Maroon Devils on Tuesday night. Hayesville, undefeated on the year, had previously beaten Swain 10-1 earlier in the season. This game was much closer though with Swain pushing Hayesville for all seven innings. The Yellow Jackets were able to secure victory though with a strong pitching performance and timely hitting. Winning the game 4-2 Hayesville continues their streak with only 3 regular-season games left.

Jeremy Stewart got the start on the mound and as Hayesville fans have been used to all seen, Stewart dominated. Pitching a complete game not allowing a single earned run and pitching his way out of any trouble. He did have help in the game from his defense even though there were a couple of errors. Especially in the third inning as Avery Leatherwood the catcher for Hayesville gunned a runner out at third with a great throw. As well Connor Bradley made a great catch on the run that looked like it could have been an extra-base hit with a runner on. Stewart also had an unusual day with 4 ground-outs to him but he defended each of them perfectly.

Offensively the Yellow Jackets were not as potent as we are used to seeing. They got off to a great start scoring two runs in the first inning. Avery Leatherwood doubled and was driven in by Jeremy Stewart. Then Kyle Lunsford reached on an error, but a hard-hit ball that scored Stewart. This gave Hayesville an early 2-0 lead. Leading off the third inning Connor Bradley hit an opposite-field home run, the first in Hayesville’s new stadium. Then Stewart scored again on a Clayton Vandiver single to give Hayesville a 4-0 lead. Vandiver almost scored himself on a Kyle Lunsford single but was out on a close play at the plate.

Hayesville’s 4 runs were just enough as Swain was only able to manage 2 runs themselves. Stewart’s big day scoring two runs himself and allowing only 2 unearned runs while striking out six was key to Hayesville’s victory. Hayesville only has 3 games left in the regular season with just a 1 game lead in the conference standings. Murphy trails them in second place but their second matchup of the season is scheduled for next Tuesday.

Hayesville’s next game will be this Thursday, June 3rd hosting the Hiwassee Dam Eagles. To get updates or see how the Yellow Jackets have done tune in to all the latest FYN sports coverage on Facebook, Twitter, Instagram, and at https://claync.fetchyournews.com/category/teamfynsports