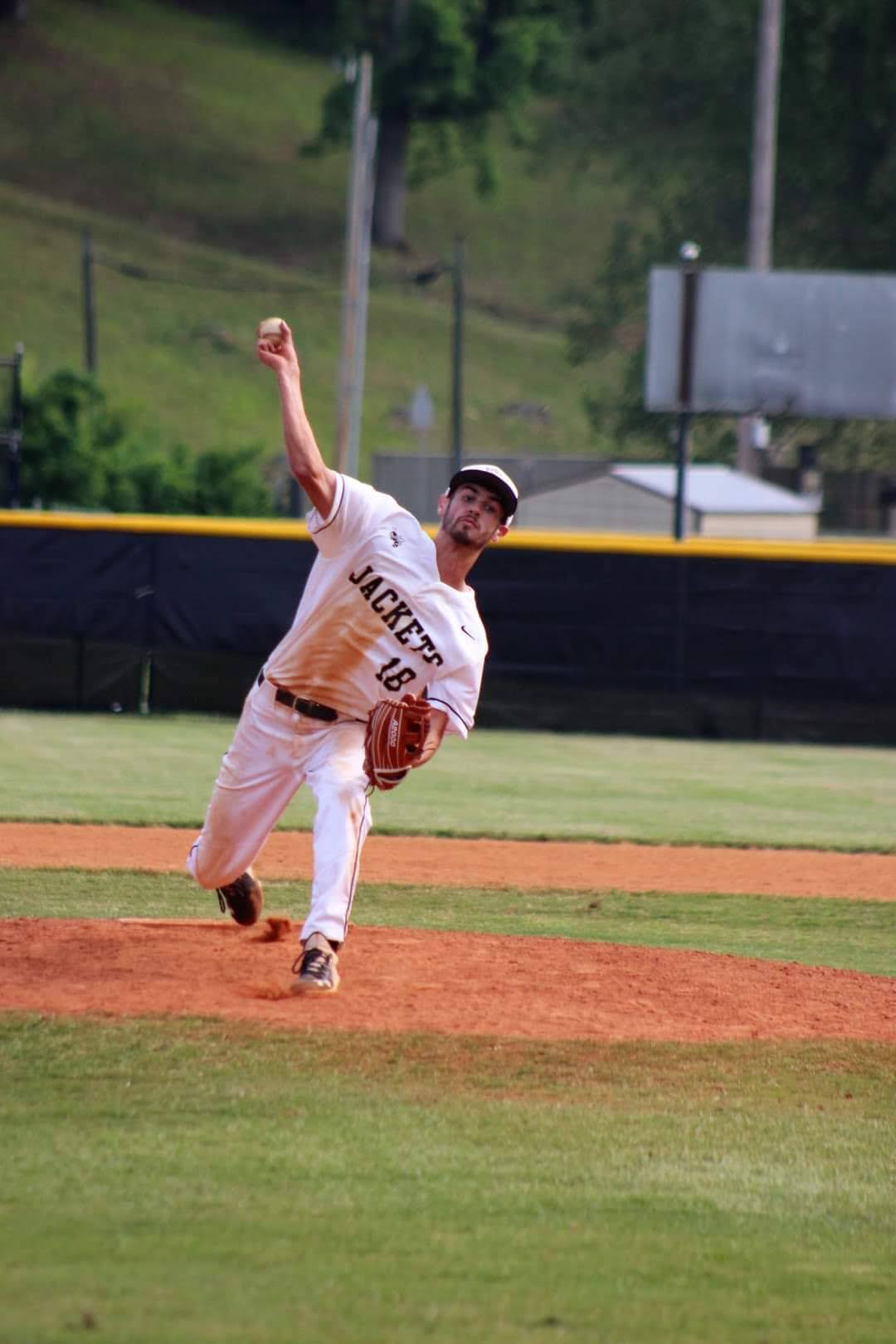 The Hayesville Yellow Jackets hosted Andrews in an early week matchup on Monday. Hayesville has been the hottest team in the conference from day one this year. Andrews did nothing to stop that on Monday afternoon. The Wildcats battled hard but were just no match for the Yellow Jackets. Hayesville would go on to win the game 14-4 in a 10 run rule after 5 innings of play. 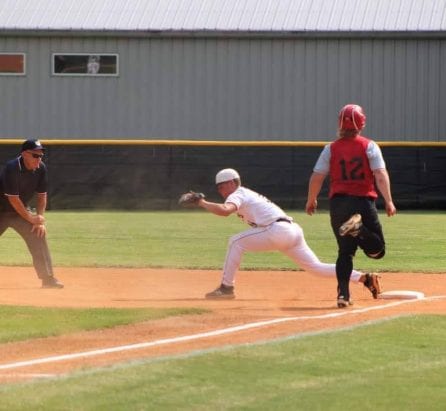 Kyle Lunsford stretches to get the runner out at first.

Hayesville got to a quick start, Clayton Vandiver got the start on the mound and sent the first three Andrews batters down in order. Then the Yellow Jacket offense got the ball rolling with four first-inning runs. Both Jeremy Stewart and Connor Bradley got singles in the inning, also both scoring in the inning. Vandiver quickly got the Yellow Jackets back on offense pitching a good second inning. Hayesville rewarded that with six more runs quickly increasing the lead to 10-0. Avery Leatherwood had a 2-RBI double as part of the big inning.

Andrews showed a little fight in the third inning though, they had 5 hits in the inning and put across 4 runs. This made the score 10-4 and it appeared we may have a game on our hands. Hayesville only managed one run in the bottom of the third as Dakota Matheson singled then stole his way around the bases before scoring on a passed ball. Going into the top of the fourth Hayesville led 11-4, with Andrews looking to continue their momentum.

After a ground out to start the inning, head coach Jeff Vardo decided to bring in Cade Denton for a relief pitching appearance. This would be Dentons first-ever varsity pitching appearance and he did not disappoint. He struck out the first batter he faced followed by a quick flyout to the shortstop Jeremy Stewart. Then in the bottom of the fourth Denton ripped a single down the line for an RBI single to help himself out.

Going into the fifth inning Hayesville led 12-4, Denton pitched a 1-2-3 inning striking out the last batter. Then in the bottom of the fifth Connor Bradley and Avery Leatherwood both got on via singles. This set the table for Jeremy Stewart who Tripled to score Bradley and Leatherwood to end the game in a run-rule 14-4.

Hayesville will next play at home on Thursday, May 27th hosting Cherokee for a doubleheader. This will be the grand opening for Hayesville’s new baseball complex. To get updates or see how the Yellow Jackets have done tune in to all the latest FYN sports coverage on Facebook, Twitter, Instagram, and at https://claync.fetchyournews.com/category/teamfynsports