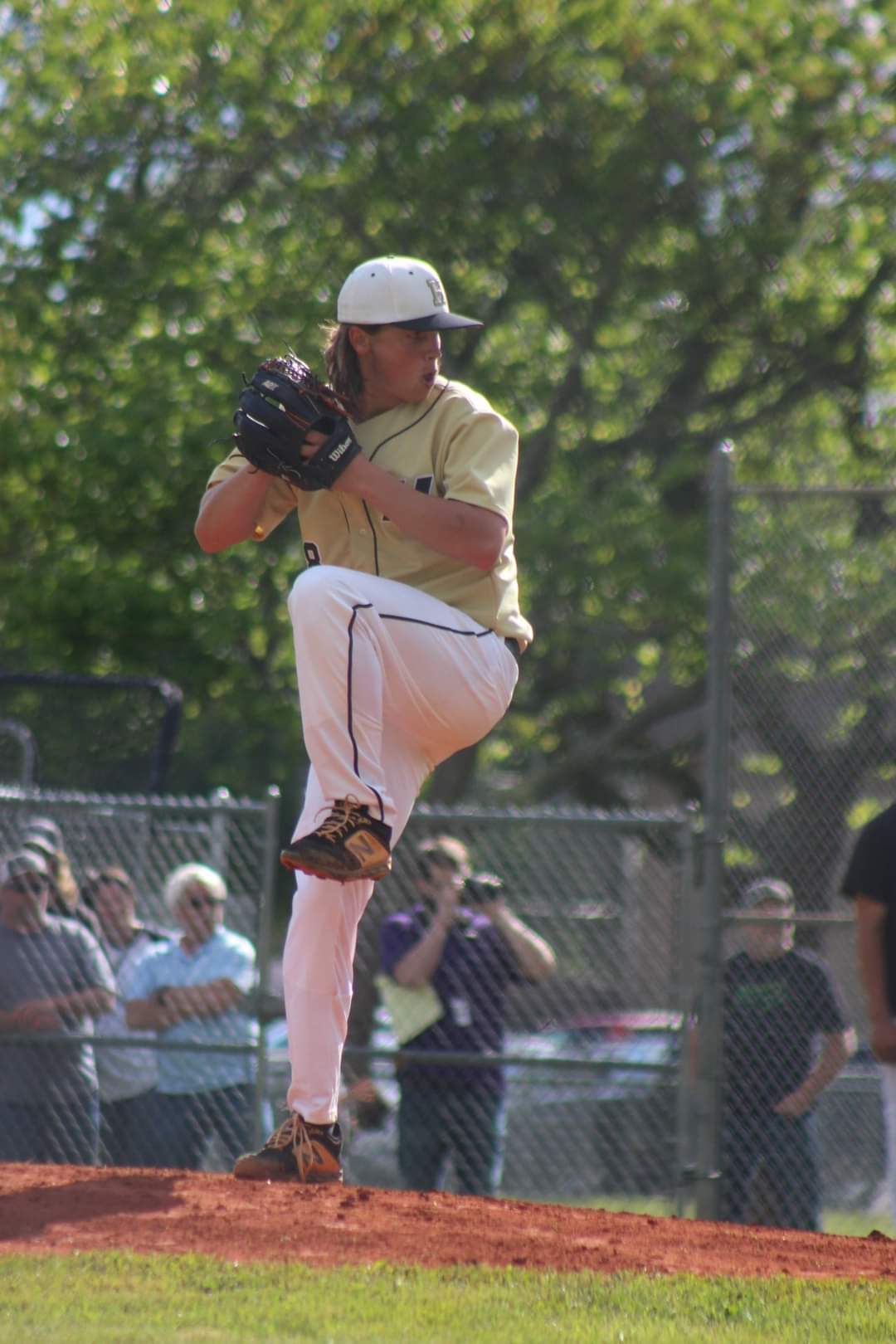 The Hayesville Yellow Jackets traveled to Cherokee county to take on their rival the Murphy Bulldogs. Many expect these two teams to battle it out this year for the conference championship. Hayesville has been playing great baseball and came into the game 4-0. While Murphy is coming off a state championship in football and is just really getting their season started. It showed as Hayesville was the sharper team in most facets of the game. Hayesville won the game 10-1 and now sits alone at the top of the conference as the last undefeated team.

The Yellow Jackets got off to a good start in the first inning, Connor Bradley led off the game with a single. Bradley then stole second, then Avery Leatherwood hit a slow grounder up the middle. The shortstop came up with it but the Bulldogs couldn’t make the play at first. While this was happening Bradley was racing all the way from second to home, sliding in just underneath the catcher’s tag. This gave the Yellow Jackets an early 1-0 lead. In the bottom of the inning Murphy’s lead-off runner got on with a drop third strike. By the time there were two outs in the inning he had got all the way around to third. He attempted a steal of home and would have been safe had Murphys batter not fouled off the pitch. Then Jeremy Stewart struck the batter out two pitches later to end the inning. 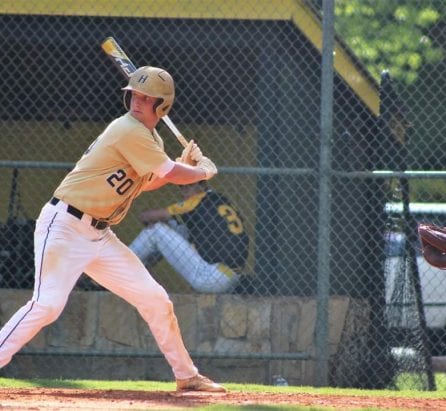 Hayesville got three runners on in the top of the third but stranded them all, getting held scoreless in the inning. Murphy went down quickly in the bottom of the third though, with Stewart striking out two.

Connor Bradley walked to start the 4th, an RBI double from Hayesville catcher Avery Leatherwood scored Bradley. Hayesville’s next batter would walk, then Clayton Vandiver hit a single followed by an error from Murphy’s right fielder that allowed two Hayesville runs. The Yellow Jackets now led 6-0 going into the bottom of the fourth. Another two strikeouts by Stewart were part of a 1-2-3 inning by Hayesville. 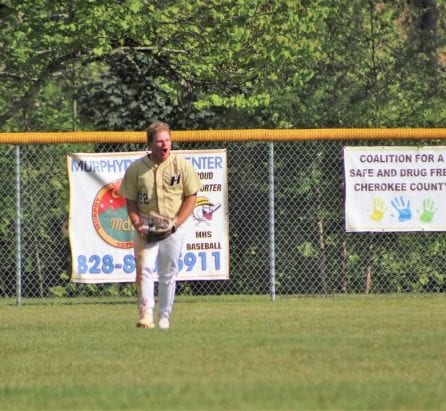 The fifth inning was the fastest of the game as both teams only had three batters in the fifth inning. The game remained 6-0 Hayesville going into the 6th inning. Connor Bradley did prevent an extra-base hit with a diving catch in center field to end the inning.

The Yellow Jackets offense came back to life as they scored three more runs in the inning to increase their lead. Kyle Lunsford had an RBI single and Cade Denton had a 2-RBI single in the inning. Murphy would finally score a run in the 6th inning, as Stewart walked two and had a hit batter in the inning. Stewart would pitch out of the jam only giving up one run to the Bulldogs. Hayesville would go into the last inning leading 9-1. 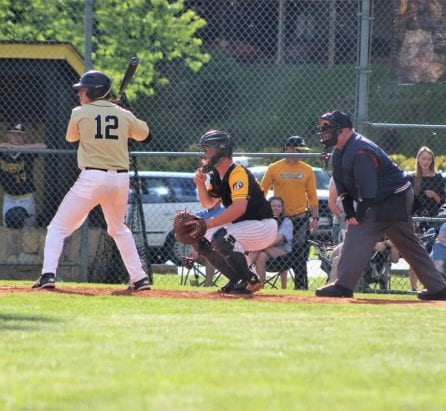 1 Avery Leatherwoods 3 hits on the day.

Hayesville would get one last insurance run though has Peyton Hunt doubled to lead off the inning. The next two batters were retired as it looked like Hayesville would leave hunt stranded at second. Avery Leatherwood would come up clutch with his third RBI hit in the game. His single allowed Hunt to get and increase the Yellow Jacket lead to 10-1. In the bottom of the inning, Stewart would allow one runner on. They would not get past first base though as a ground out ended the game. Hayesville winning 10-1.

“The seniors as they have all year provided good leadership, Connor Bradley is not only leading us at the plate but defensively has done a great job. Jeremy Stewart took the mound today, threw really well, was in control of the game. Clayton Vandiver got a big base hit when were making a big run, that was a momentum keeper.”

“I just hope we can stay healthy, keep working hard and get better”

Hayesville will next play on Tuesday, May 18th at the Robbinsville Black Knights. To get updates or see how the Yellow Jackets have done tune in to all the latest FYN sports coverage on Facebook, Twitter, Instagram, and at https://claync.fetchyournews.com/category/teamfynsports