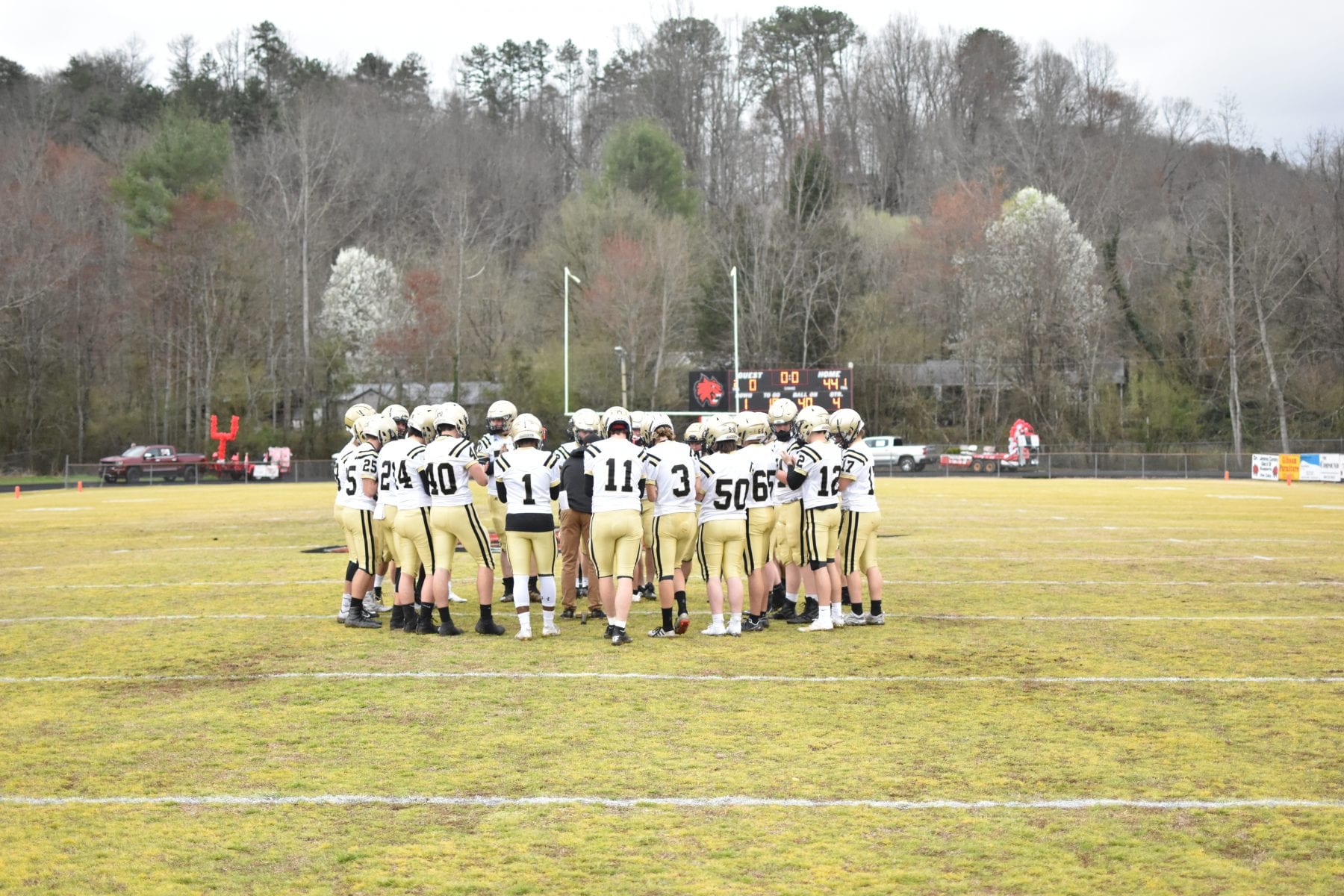 The Hayesville Yellow Jackets traveled for their first away game of the season last night. They took on the Andrews Wildcats who were pumped for their homecoming game. The story of the night once again for the Yellow Jackets was turnovers. It has been an unfortunate theme this year for Hayesville. Losing the turnover margin 4 to 2 was too much to overcome on this rainy night. The Wildcats won the game handily 40-20.

The Yellow Jackets received the opening kick which was a surprise onside but smartly recovered by senior William Wimpey. This gave the Yellow Jackets great starting field position, yet an interception on the third offensive play gave Andrews the ball. They responded quickly finishing their drive with a 50-yard touchdown run. On Hayesville’s second offensive drive they fumbled it away early in the drive once again. After forcing a punt Hayesville had their best offensive drive of the night. Yet the drive ended in Wildcat territory with another turnover, throwing an interception. Andrews took over about their own 25 yards getting one first down before the end of the quarter.

The Yellow quickly forced a punt to open the quarter, trailing 6-0. Wildcats quickly got the ball back from Hayesville taking over in their own territory. Yet the Yellow Jackets immediately forced a fumble taking over in Wildcat territory. Hayesville was moving the ball well until another interception gave it right back to Andrews. The Wildcats responded with a touchdown drive to bring their lead to 14-0. Hayesville was finally able to respond with a touchdown of their own by senior Blake McClure. With under two minutes left to play though, the Wildcats got a great return out to almost the 50-yard line. This allowed them to get a quick score just before the end of the half taking their lead to 20-6.

Hayesville kicked off to start the second half, and Andrews’s first drive went quickly. They killed Hayesville with outside sweeps for big gains resulting in a quick touchdown. After a successful two-point conversion Andrews took their lead to 28-7. Hayesville had a quick three and out offensively punting the ball away. The Yellow Jacket defense came up with a big play though with Ethan Taylor forcing a fumble and Avery Leatherwood recovering it. Hayesville had their best offensive series of the night now having a long drive.

Unfortunately, it took lots of time off the clock that the Yellow Jackets needed to get back into the game. They did score on the first play of the fourth quarter taking the score to 14-28 Andrews leading. After getting the ball back Andrews had a long scoring drive of their own bleeding valuable clock time away. It took the score to 34-14 pretty much putting the game out of reach for Hayesville. The final score ended Andrews winning 40-20.

Hayesville will next play on Friday, March 26th at the Cherokee Braves. Team FYN Sports will be live broadcasting next week on April 2nd when Hayesville hosts Rosman. To get updates or see how the Yellow Jackets have done tune in to all the latest FYN sports coverage on Facebook, Twitter, Instagram, and at https://claync.fetchyournews.com/category/teamfynsports