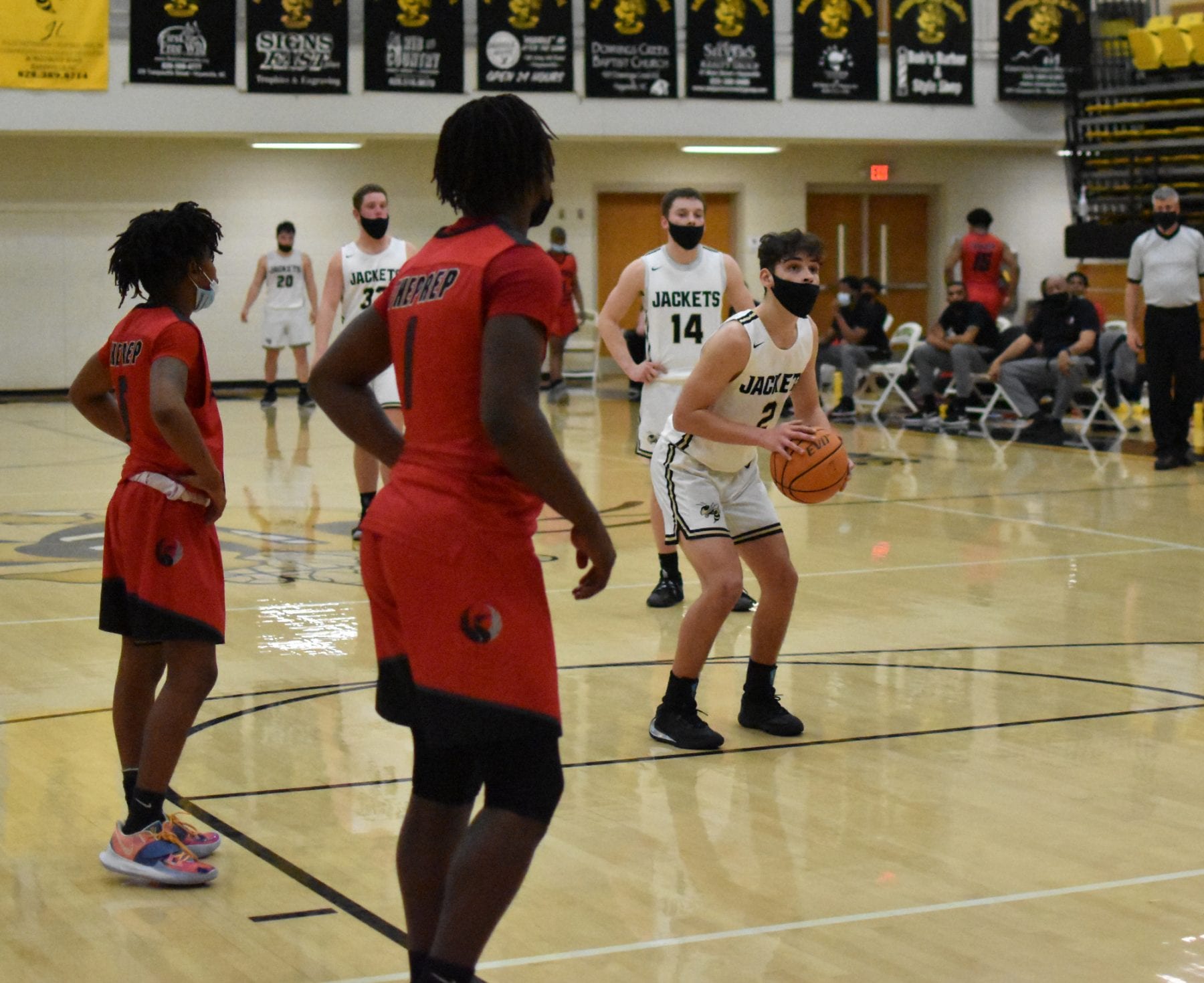 The Hayesville Yellow Jackets hosted a 1st round playoff game Tuesday night. While they got to be the home team, the state did them no favors, drawing six-time state champions Winston Salem Prep Phoenix in the first-round matchup. While the Phoenix may have had better individual athletes and significantly more size, Hayesville had the better basketball team. Hayesville’s team-oriented game and unselfish play allowed them to lead for most of the game. Yet the game still came down to the wire within being a one-possession game with under thirty seconds left. Hayesville prevailed though thanks to some big plays down the stretch winning 70-65.

The Yellow Jackets struggled early with Winston Salem’s size, this allowed the Phoenix to build an early lead. Hayesville stayed within striking distance in the quarter though never letting it get out of hand. Then coming down the stretch of the quarter Blake McClure hit a three-pointer and Kolbe Ashe made a last-second layup to tie the game. Ending the quarter on a 6-0 run Hayesville tied the game up.

In the second quarter, Hayesville started to adjust to Winston Salem’s size and not allow it to dictate the game. At this point Hayesville started to really frustrate the Phoenix, playing a great team offense forcing them to defend some long offensive possessions. Oftentimes ending in great shot opportunities for the Yellow Jackets. As well, star guard, Kolbe Ashe got it rolling and was a one-man wrecking crew. He had fifteen second-quarter points, almost outscoring Winston Salem by himself. By quarter’s end, Hayesville had taken the lead 36-29.

Coming into the third quarter both teams battled back and forth answering each other shot for shot. Blake McClure led the way in the third quarter for Hayesville with eight points including two big three’s. McClure also had a highlight-reel block in the quarter swatting one off the backboard stopping a Phoenix fastbreak. McClure finished the quarter with a great pump fake to step in jumper as time expired. The two teams scored evenly in the quarter at 16 points apiece. This allowed Hayesville to still have a seven-point lead going into the fourth quarter 52-45.

In the fourth quarter Hayesville, while having a lead, knew they would need to finish strong. Winston Salem Prep came out and had their highest-scoring quarter of the game. They were desperately pushing to get back in it, yet a few key plays kept them from ever getting the lead back.

Hayesville won the battle 70-65 and will now face Mountain Island Charter in the second round of the playoffs Thursday evening. Check back with FYN sports for the exclusive playoff preview later this evening.