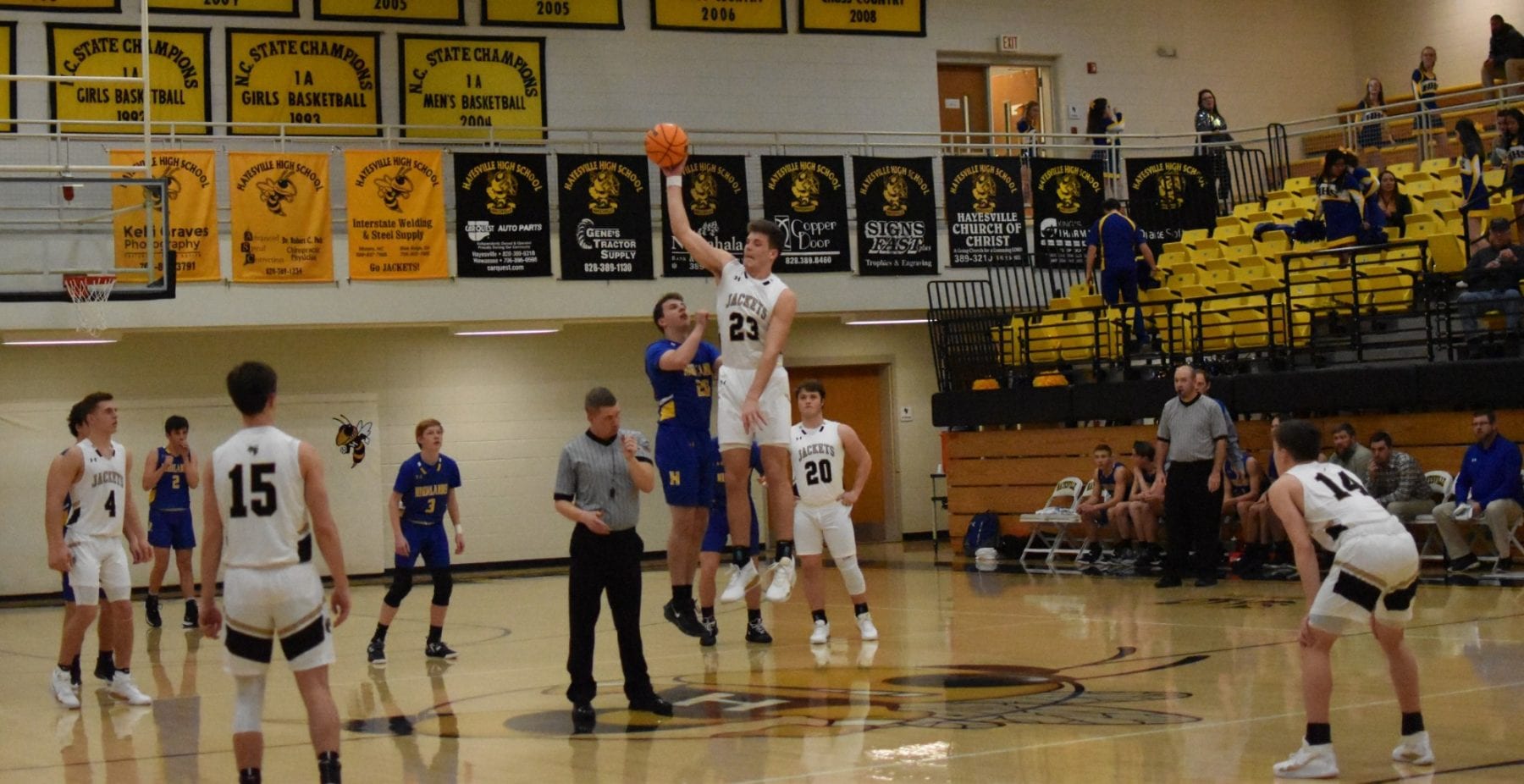 The Hayesville Yellow Jackets traveled to Bryson city on Friday night to take on the Swain Co. Maroon Devils. In their first matchup of the year Hayesville won in a lopsided game. This game was a different story and it was obvious from the start the Maroon Devils were to not be taken lightly. It was a tale of two halves with Swain dominating the first half and Hayesville dominating the second half. The Yellow Jackets got hot and in a great flow in the second half. Regardless of being down 16 at one point, they fought all the way back to win 67-61 and stay undefeated in conference play. 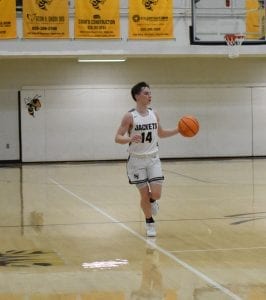 Sophomore Kolbe Ashe brings the ball up the floor.

In the first quarter each team battled hard and it looked to be pretty evenly matched. Neither team was able to get it going offensively though partly due to good defense and also some missed opportunities. Swain came out in a 1-3-1 half court defense and it really seemed to surprise Hayesville who took a while to adjust.

Hayesville prefers to go to sophomore big man Jake McTaggart early in games to get going but Swain was dead set to not give him anything easy. Swain is one of the few teams in the conference that actually has some size to contend with the Hayesville big man. Hayesville was able to escape the first quarter with a 1 point lead 11-10.

The second quarter was a different story though, Swain controlled the game and outscored Hayesville by an incredible 17 points in the quarter. There were several factors that led to this, first giving the Maroon Devils credit they scored 28 points in the quarter. Second Hayesville was still trying to navigate the Swain zone and only managed 11 points of their own. Third the referees suffice to say were not good. 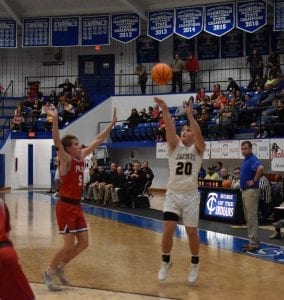 They missed a flagrant foul call on a Swain, then Hayesvilles players made a poor choice in retaliation and was hit with a technical. Just a few plays later another missed flagrant call on Swain, then something was said by the Hayesville bench and another technical was called on Hayesville. Things started to snowball and before you knew it the half was over and Hayesville trailed 38 to 22.

Coming into the third quarter Hayesville knew they needed to get started quick and cut into the lead. They did exactly that starting on a 9-0 run to start the quarter forcing the Maroon Devils to call a timeout. Hayesville obviously made some great offensive adjustments at the half and started to penetrate the zone. Once the zone was penetrated the flood gates were open, they would either get backdoor layups or wide open three looks.

One of the things that Swain did not anticipate was Sophomore Jake McTaggart being a great ball handler and a willing passer. He penetrated several times, assisted once to freshman Kyle Lunsford and twice to junior Blake McClure. The third quarter ended with Swain still leading but Yellow Jackets cut the lead to only five 49-44. 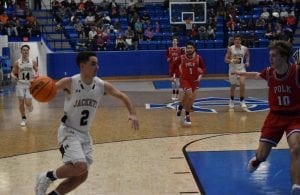 Going into the fourth quarter Sophomore Kolbe Ashe carried over a good third quarter into a great fourth quarter. He refused to let his team lose and each and every time Hayesville needed a bucket or big play it seemed like Ashe would step up to provide it. Ashe had 24 points on the night and his leadership led Hayesville to an incredible comeback victory 67-61.

Hayesville scored an incredible 45 points in the second half to complete their comeback. I would be remiss not to mention both senior guard Mark Cothren and Junior all position player Blake McClure. Both players have stepped up and made winning plays when Hayesville needs. Mark Cothren’s corner three shot is one of the most dangerous in the conference. While Blake McClure would probably lead the state in charges drawn if that was a stat that was tracked. Both are selfless players but when needed each have hit their share of clutch shots. 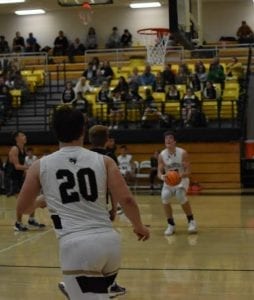 This Hayesville team is trending in the right direction and who knows how the ceiling is but I know one thing I would not want to be a team traveling into their gym during the playoffs.

Hayesville will next play on the road, at Highlands on Monday night February 3rd. The first time these two played Hayesville won by 20 points. Yet traveling to Highlands presents a tough road trip and the Highlanders boast one of the highest scoring guards in the state. Sophomore Reid Carrier is 21st in all classifications and sixth in 1A of North Carolina with 24.6 points per game. Hayesville will need to contain him if they want to continue their winning streak.