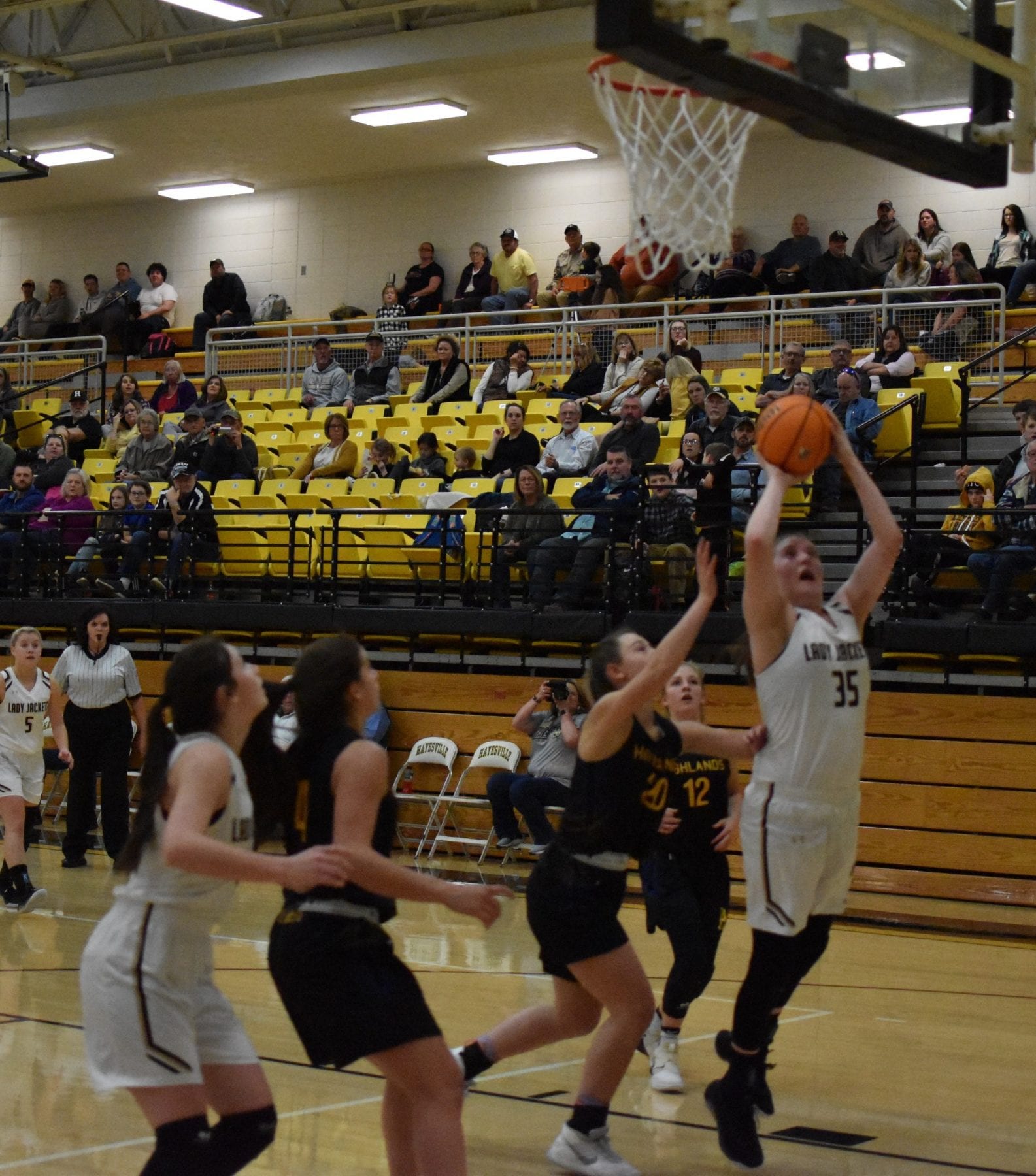 The Hayesville Lady Yellow Jackets traveled to Bryson city on Friday night to take on the Swain Co. Lady Maroon Devils. The Lady Jackets were down a starter who was left at home with the flu. Yet the Lady Yellow Jackets battled hard and used a consistent four quarter performance to win 55-50. Strong post play was the theme of night for Hayesville garnering their fifth conference win. 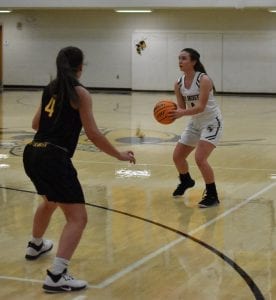 In the first quarter the Lady Jackets got off to a good start pulling out to an early lead. The Yellow Jackets led by as many as six but Swain fought back with some good shooting. Right before the buzzer sounded the Lady Maroon Devils hit a three to tie it up at 14-14.

Going into the second quarter the Lady Jackets ratcheted up the defensive pressure and started to pound the ball inside offensively. They were rewarded with multiple free throw opportunities and capitalized shooting 75% in the half form the free throw line. That aided with some transition opportunities off of Swain turnovers, Hayesville took the lead back and led at the half 33-28. 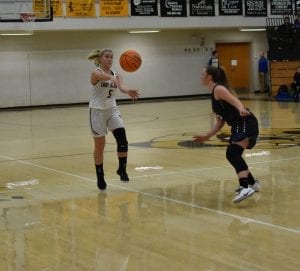 Senior Annie Brooks throws a pass to break the press

In the fourth and final quarter Swain battled back hard but the Lady Jackets lead was too much at this time. Going into the final quarter Hayesville had an 11 point lead. Swain outscored Hayesville by six points in the quarter but because of their lead and good free throw shooting Hayesville was able to secure an important road victory.

Hayesville will next play on the road, at Highlands on Monday night February 3rd. The first time these two played Highlands missed a shot at the buzzer to win it giving Hayesville the win. Expect another good game between these two, look for the Lady Yellow Jackets to try and carry momentum into this final stretch of the season after a big win Friday night.