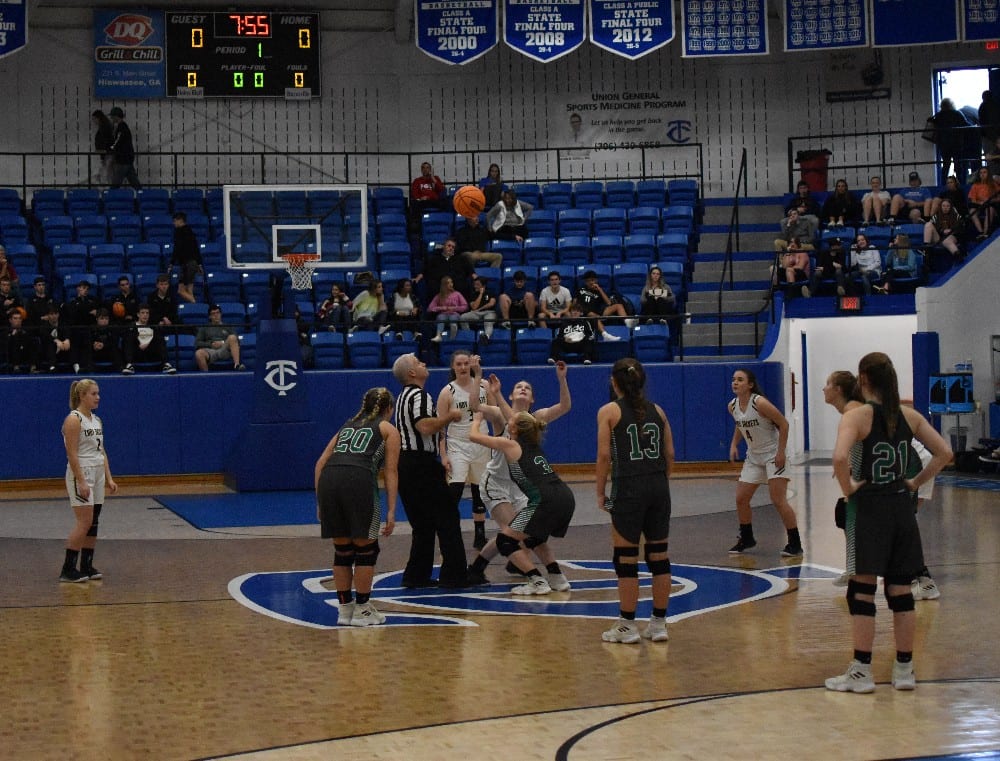 The Hayesville Lady Yellow Jackets (4-2, 3-1 Big Smoky Mountain 1-A) played against the Hokes Bluff Lady Eagles (9-5) on Thursday, Dec 26th. It was the first round in the Battle of the States Tournament hosted by Towns Co.

The Lady Jackets have won this tournament before and head coach Chad McClure knows the challenges the tournament can present. 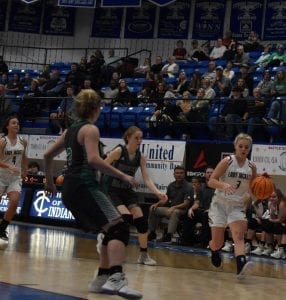 The Lady Jackets faltered early and a few ill-timed turnovers led to them trailing 12-0 early. McClure took a timeout and whatever was discussed during the break seemed to get the Lady Yellow Jackets back on track. They scored the next 10 points of the game and finished the quarter trailing by two.

The second quarter was back-and-forth, with the Lady Yellow Jackets controlling the pace of play. Hayesville was plagued by foul trouble, which kept them from being able to take a second-quarter lead. They kept it close though, going into the half trailing 26-22 led by senior Jade Patterson and Sophomore Lila Payne with five points a piece.

Despite some better execution and shooting on offense in the third quarter, the Lady Yellow Jackets’ deficit remained the same. They ended the third still trailing by four, 36-32. The story of the game had to be the Jackets foul trouble. Key players like Juniors Kynnly McClure and Brianna Steward did not play their typical minutes. The officiating in the game up to that point seemed to be inconsistent. 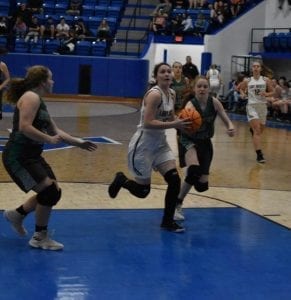 Hokes Bluffs’ head coach received a technical in the first quarter, with the bench being called for a second, though no explanation was given as to why the bench was called for the technical instead of the coach.

Moral victories don’t always feel as good as real victories, but the Lady Yellow Jackets and coach Chad McClure should be proud of the way they represented their school tonight.

The Lady Yellow Jackets will be playing against the host team Towns Co. tomorrow afternoon at 1 p.m. Remember to tune in all the latest coverage of Lady Yellow Jacket Basketball with FYN sports on Facebook, Twitter, Instagram and at https://claync.fetchyournews.com/category/teamfynsports/.