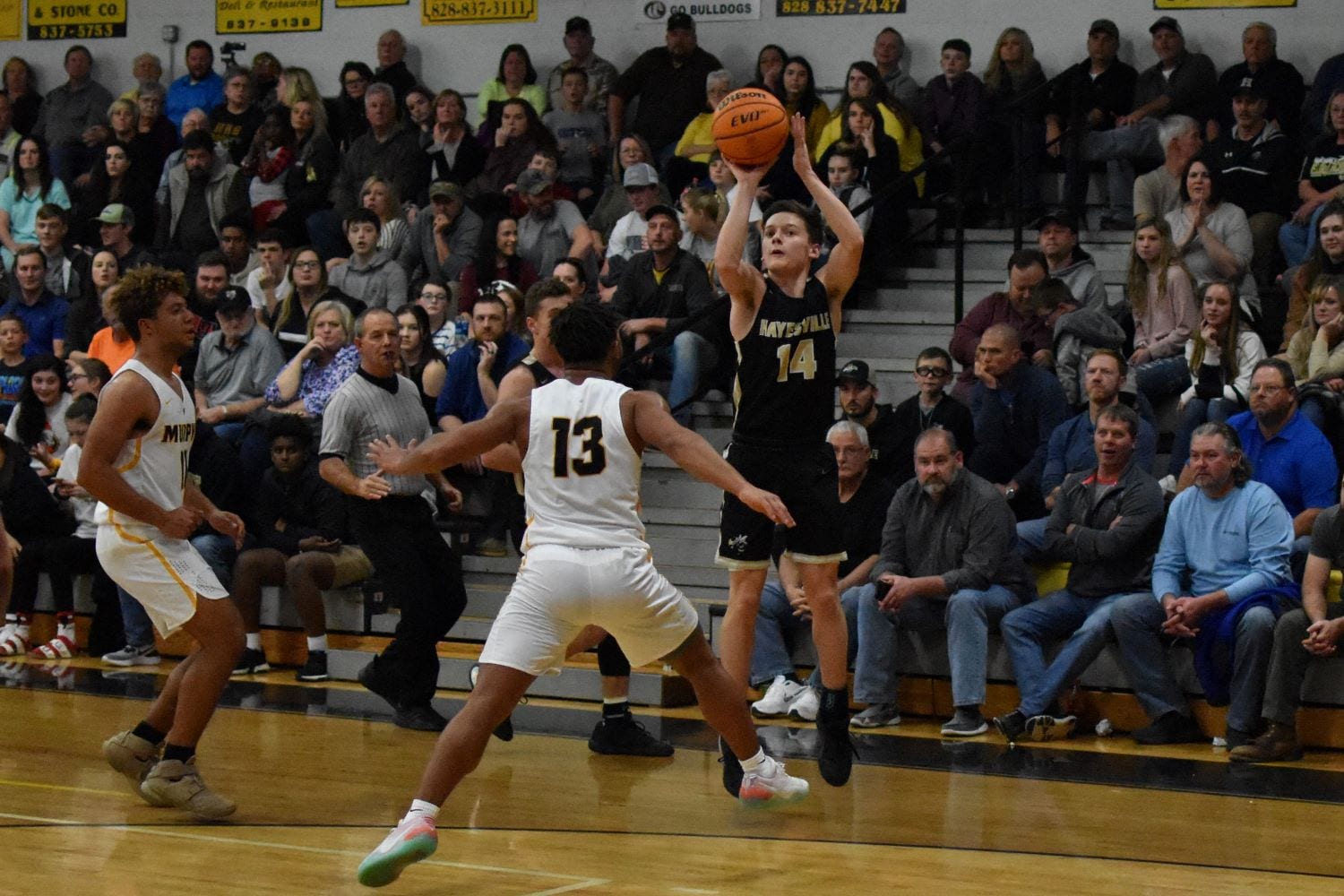 On Thursday night the Hayesville Yellow Jackets (2-1, 1-0) took the trip across the county line to take on their bitter rivals the Murphy Bulldogs (2-1, 1-0). This game had several interesting story lines. Hayesville was looking to avenge last year’s loss when the Bulldogs shocked them in the conference tournament semifinal. The Bulldogs were looking to build on their late season success last year and prove they belong in the conference champion discussion this year.

This long awaited match up for the Yellow Jackets did not disappoint, this game is one of those that will go down as an instant classic. It was a back and forth battle for four quarters with both teams trading punches, with Hayesville throwing a fourth quarter haymaker to seal the win for the Yellow Jackets. 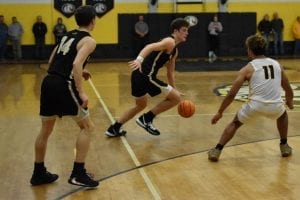 Jake McTaggart drives around a defender.

In the first quarter Murphy came out to a hot shooting start, they built an early lead and showed not only could they hang with Hayesville but were playing to win. Murphy showed they were willing to muck it up with physical play but took it a little too far when there was a post play shove by a Murphy player. When the Referee missed it head coach Mike Cottrell stood up for his player and was unfairly given a technical. All this coupled with eight points from Junior Abram Abling and six from junior Dawson Hensley the Bulldogs led 16-13 at the end of the first quarter.

The second quarter was much of the same for the Bulldogs hot shooting combined with some foul trouble for the Yellow Jackets led to the Bulldogs extending their lead. Hayesville sophomore Jake McTaggart picked up a second foul early in the half leaving him on the bench until the second half. Freshman Kyle Lunsford came on to take McTaggarts place and gave the Yellow Jackets Valuable minutes. He picked up several rebounds and contributed 4 first half points including two of two from the free throw line. Despite the Yellow Jacket efforts they trailed at the half 36-27. 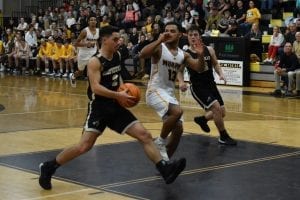 Mark Cothren get fouled driving to the rim.

To the 4th quarter when the madness truly began and Hayesville got their offensive legs under them. Hayesville was fighting back and with Senior Mark Cothren out on the break looking to cut the Bulldog lead down had his shot blocked. Yet thanks to great positioning he was fouled on the play by Murphy Senior Justice Dorsey. Dorsey not realizing he had been called for a foul made the poor choice to stand over Hayesvilles player and flex. This resulted in him getting called for a technical and in one play getting the two fouls meant he had fouled out for the game.

Cothren went one for two at the line and Sophomore Kolbe Ashe made both of the technical free throws. This gave the Jackets their first lead of the night 49-48 and possession of the ball which they capitalized on extending their new found lead to 51-48.

After some more back and forth action another key technical against Murphy happened with 2:37 left in the game. After Hayesville big man McTaggart blocked a shot out of bounds Murphys coach was unhappy about something and was hit with a technical for his arguments. Regardless of the reason it hurt his team, they went from down four with the ball to down six with Hayesville having possession. 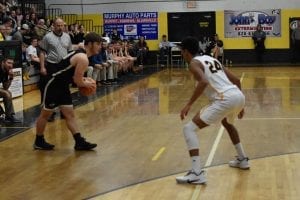 Blake McClure looks to move the ball to an open teammate.

Hayesville junior Blake McClure knocked down two big free throws to make it 62-56 essentially sealing the game. Hayesvilles sophomore duo once again led the way with Jake McTaggart as the leading scorer despite foul trouble to finish with 17 points. While Kolbe Ashe had 14 while also running the offense and playing every minute in the game.