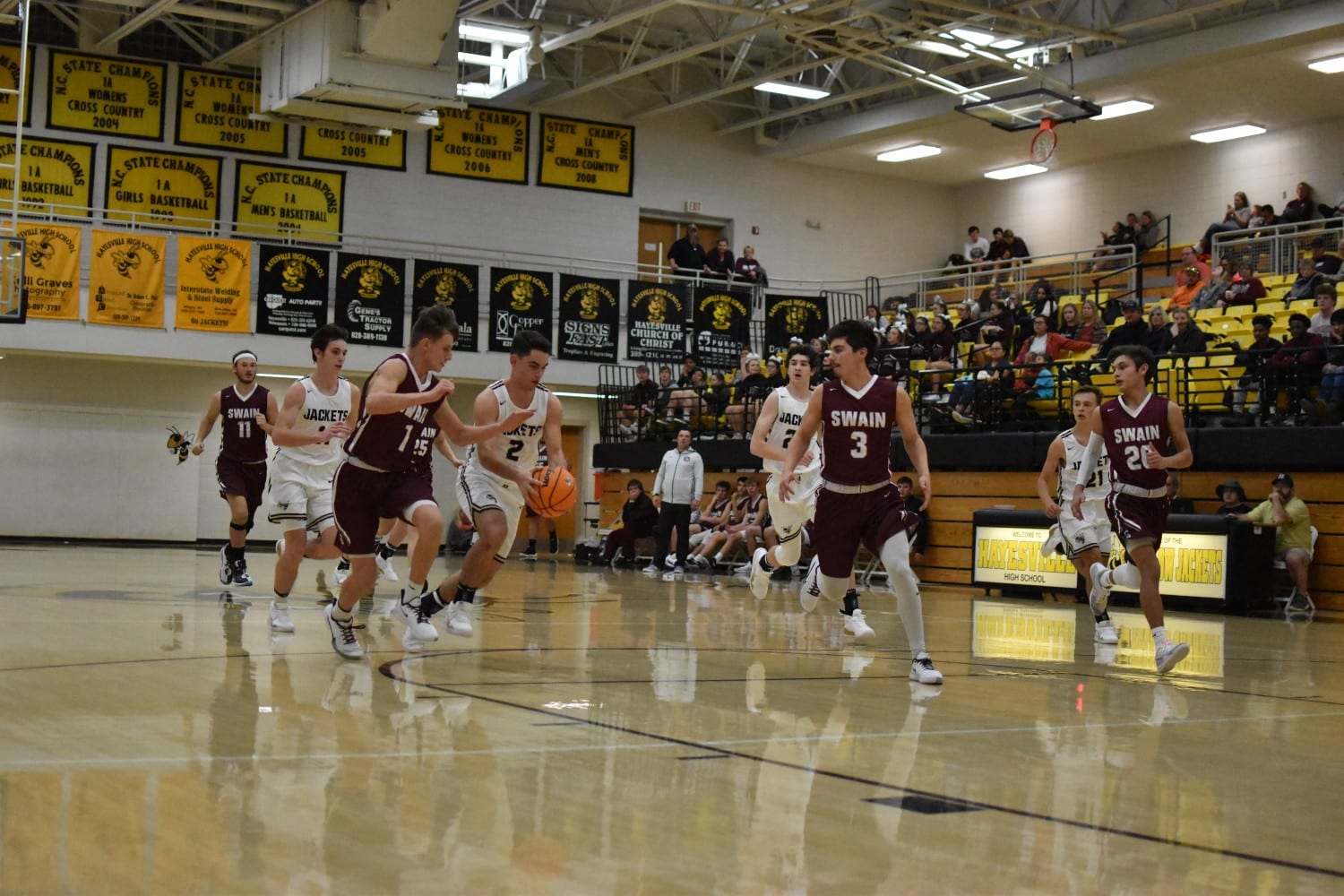 Throughout the season I will write weekly reviews going over the games played the previous week. Along with that, I will be providing an upcoming look at the Yellow Jackets upcoming opponents.
Here’s the week in review from Dec. 8 to Dec. 14:
The Jackets came into the week 1-0 but had a full week with three games, the first two being back-to-back.
The Jackets started off their week with a non-conference opponent from a higher classification in Franklin. It was a battle throughout and was a great test for the Jackets.
Hayesville was down 12 at the half, but showed resilience and managed to battle back. Unfortunately, the Jackets came up short in a tough 61-60 loss.
The Jackets did not have time to dwell on the loss as the very next night they opened their conference slate against Rosman, which made the long trip to Hayesville. 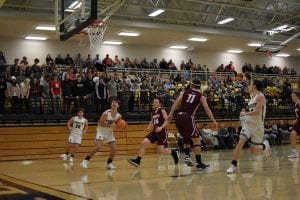 From the opening tip, it was obvious the Tigers were overmatched. The Jackets opened up a quick early lead and never trailed in the win. The game was a great chance for the Jackets’ reserve players to get some quality playing time and for head coach Mike Cottrell to learn where his depth may come from.

Paul White chipped in a career-high 11 points off the bench and was the second leading scorer for the Jackets. Eli Roberts had a big seven points in the game, which helped lead the Jackets to a lopsided, 71-24 victory.

The Jackets finished the week against Swain Co. While Hayesville was expecting a fight from the Devils, the Jackets hit 10 3-pointers on the night and just had too much offensive firepower for the Devils to keep up.

The upcoming week for the Hayesville Jackets:

The Yellow Jackets have two big conference games Thursday and Friday of this week. 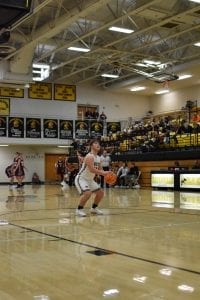 They play at Murphy on Thursday, where they will be looking to avenge a loss to the Bulldogs in the conference tournament last season.

The general consensus is the Bulldogs are one of the teams that will challenge the Yellow Jackets as they try to repeat as conference champs. The Bulldogs come into the game 2-1 overall and 2-0 in conference play.

Q: What are some positives and negatives from your past week?

A: The team communicated better as a team on the floor. That’s something we have been working for and something you work towards all year. Communication skills on the floor will help us down the road. As for negatives, we need to shoot the ball better as a whole. That goes throughout the year. We need to shoot a better percentage (and) that comes from picking better shots. We will get better at that, but I thought our execution is getting better as well as our communication.

Q: Where as a team do you think you need to improve as the season progresses?

A: We need to continue to communicate better. This team is very intense, so our intensity is there, we just need to do a better job with it and continue to execute better, which is something all teams work towards. This team has played a lot together and is not as young as they seem on paper.

Q: What are your team goals this season?

A: Every year is a little different. We have team goals and individual goals for each player throughout the year. This group won the league last year and saw some really good teams in the playoffs. We have to be 15 points better than were last year, and we have talked about that all summer. It is not easy, but we are replacing a 15-point per game scorer and a really good player off the bench that was one of the best offensive rebounders I have coached. They brought a lot to our team. We are trying to find those extra fifteen points better than we were at the end of last year.

Q: As you said, you have a young team on paper, but who are your leaders on the floor and in the locker room?

A: First we have one senior Mark Cothren. He has to lead us in a lot of different ways. He is getting a lot of help from players like Kolbe Ashe, who is a floor leader, a leader in school, and a high-character kid who is one of the hardest workers I have ever had. Blake McClure has really come on as a leader with his intensity, his competitive level, and his toughness. Other guys like Brady Shook have taken steps forward, along with Hayden McClure and Jake McTaggart. They have all stepped up in different ways and positive ways. 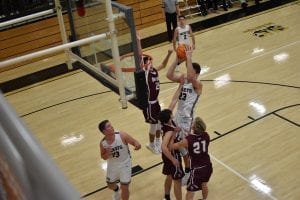 Jake McTaggart fights through the lane for a bucket.

Q: Jake McTaggart big, 6-foot-7 kid that is not your typical Hayesville player. Crowds love watching for potential dunks, but last week we saw Jake step out and hit five 3-pointers in a game. Is that something he has been working on this off-season>

A: Yes. In our system, we can play him down with his back to the basket, but we have tried to expand his game like everybody else’s. Not many people know, but Jake is a very good ball handler if you watch him play. He has great skills, IQ, and great form on his jump shot, but I don’t think he has ever put in the time to use that skill in a game. He has worked really hard this off-season getting comfortable shooting threes. I think it’s a mindset, he has to know that we allow him to, and, if it’s a good shot, we want him to. So, you will see his game open up a lot on the perimeter, similar to Joseph Chilton and Zach Cottrell. We want him to snap a rebound and lead the break. He has worked hard on it.

Q: Looking at Murphy and Robbinsville, what do you know about your opponents this week?

A: Many expect Murphy to be right there competing for the championship. They will probably be the most athletic team we see possibly all year. Robbinsville is coming off a football state championship and has yet to play a game. We know they have a few guys that can really play, and we expect them to be dangerous.

For those that may not be able to make it down to Murphy or attend the Robbinsville game, please follow @TeamFYNSports on Twitter for in-game updates and check FetchYourNews.com for post-game articles.