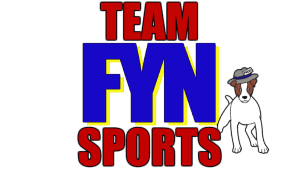 On a cold and windy Tuesday evening, the Jacket squads traveled thirty minutes north to face off against the Andrews Wildcats.

The Lady Jackets entered the contest ranked eighth in the state and second in the conference trailing only number four team, the Lady Braves of Cherokee County. Hayesville hoped to continue its 2019 dominance as the ladies had yet to lose a game in 2019 with their most previous loss coming December 27, to the Lady Indians of Lumpkin County. Hayesville was hoping to defend their six-game win streak as they tip off against the Lady Wildcats at 6:30.

The boys will follow by tipping off at eight. The Jackets in comparison to the Lady Jackets were on a six-game win streak as well, as their last defeat was also December 27, against the Indians of Lumpkin County. The Jackets, however, played with a different style of basketball. The Lady Jackets focused on playing exceptional defense and high-quality shots, The Jackets, on the other hand, relied on their high octane offense and big man McTaggart to control the low posts.

The Jackets entered the game tied with the Wildcats for first place in the conference standings. Hayesville held a 10-4 overall record and sat at 4-1 in conference play. Andrews held a 10-2 overall record and also held a 4-1 conference record. Sophomore cousins Blake and Hayden McClure looked to create some separation in the conference standings with a big win over the Wildcats. The McClure cousins both averaged over 15 PPG last week as Hayden led with 16! The Wildcats, however, have a star of their own and are led by So Cabe Ellis as he enters the game averaging 20.9 PPG and shoots 42% from behind the arc.

The Jackets got off to a hot start offensively as they led 21-9 after the first period. The Jackets were led by Ashe with seven points and a steal. The Wildcats, despite trailing in the first fought back as they trailed Hayesville 37-26 at the half.  Ashe was a dominant force in the first half. He totaled ten points and a pair of steals. The Jackets came out in the third looking to continue their domination on both sides of the ball.. In fact, they did just that. The Wildcats never closed the double-digit lead the Jackets had as the Jackets went on to win 72-59. Mathis led the Wildcats with twenty-four and McTaggart led the Jackets with nineteen. The Jackets sit in first place with a .5 game lead over the Cherokee Braves. The Jackets are set to host the Braves, Friday, December 18th in a battle of first place.