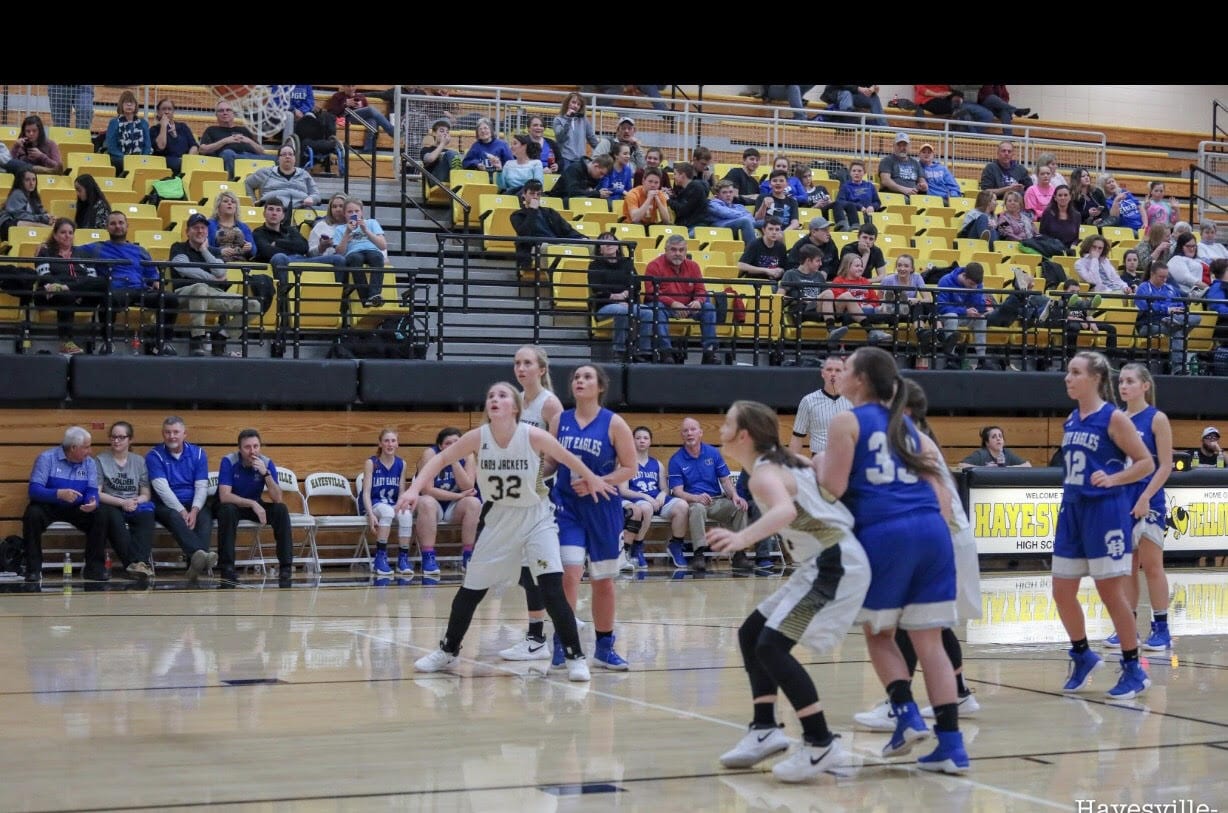 On a cold and rainy Friday night in Clay County your Hayesville Yellow Jackets hosted the Hiawasse Dam Eagles. The Jackets coming off two huge conference wins over Swain and Murphy.

The Jackets followed the Lady Jackets by tipping off at 8:30. The Jackets looking to continue their dominance as well as they’d scored over eighty points in each of their last two games. Shook led the Jackets in the first period with as the Jackets led 9-6. Hayesville found stride offensively in the second and ran with it for the remainder of the game. The Jackets grabbed a 25-17 lead going into the intermission as McTaggert lead the Jackets with eight first half points. Freshman McTaggert continued his dominance on the offensive side of the ball as he scored nine to push the Jackets ahead by a score of 54-28. The Jackets streak of eighty point scoring offensively has expanded to three games now following the 83-41 point domination over the Eagles of Hiawasse Dam. The Jackets improve to 10-4 on the season.

The Jacket squads will travel to Andrews Tuesday, January 15th as they look to face off against the Wildcats.