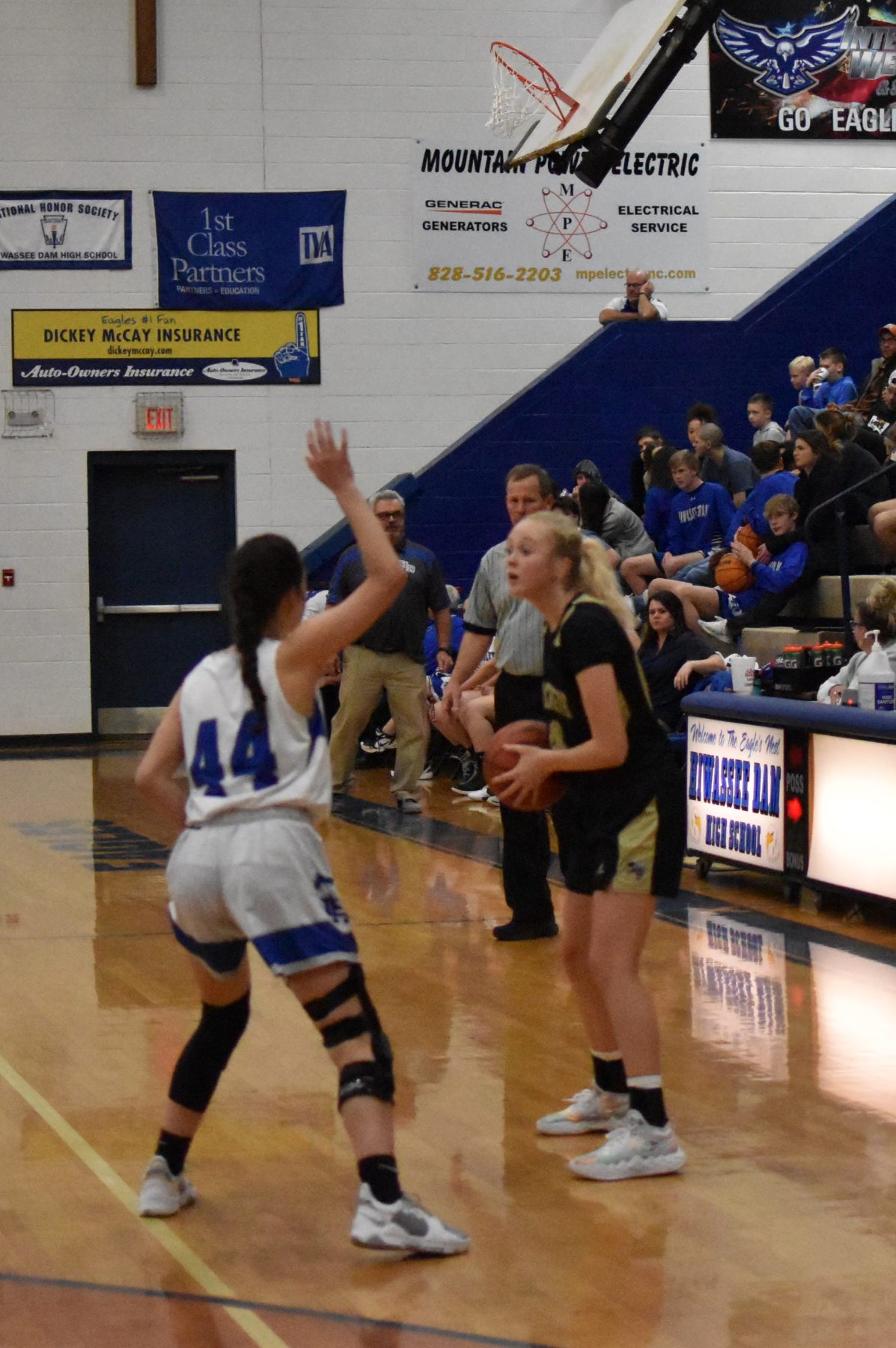 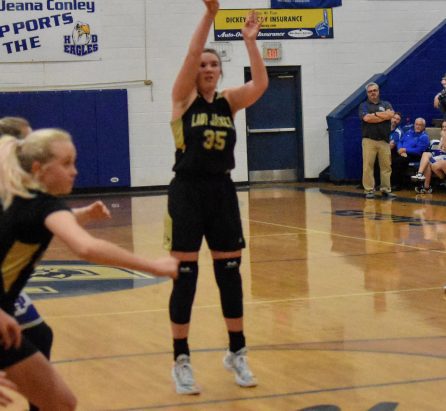 The Lady Yellow Jackets held tough in the first quarter but struggled to finish offensively. They had several point-blank looks at the basket that rimmed out. That allowed Hiwassee Dam to take the first quarter lead 10-7. Hayesville offensive woes continued in the second quarter, and Hiwassee Dam started to heat up and stretched out their early lead. By halftime, the Lady Eagles led the Lady Yellow Jackets 23-13.

The second half was similar to the first for both teams, as Hiwassee Dam put together a complete four-quarter effort. At the same time, Hayesville did some things well but continued to struggle offensively. That has been the story of Hayesville’s season; some nights, they shoot it well, put up points, and compete with most teams. Their rebounding, play execution,, and defensive effort have been solid all year. The offensive has been a roller coaster, though with many ups and downs. With that said, the Lady Eagles were able to secure the victory defending their home court, winning 53-28. 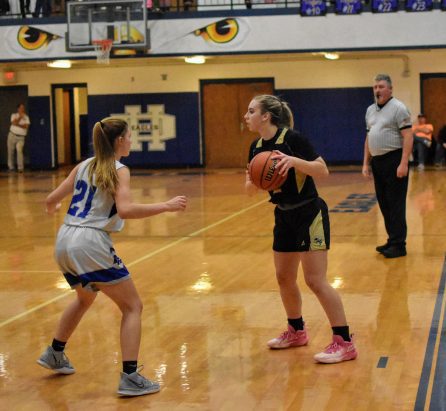 FYI for fans of Hayesville, the home games scheduled on Friday with Franklin have been postponed. The Hayesville Lady Yellow Jackets will next play at Blue Ridge on Tuesday, January 18th, in a non-conference matchup. To get updates or see how the Yellow Jackets have done, tune in to all the latest Team FYN sports coverage on Facebook, Twitter, Instagram, and at https://claync.fetchyournews.com/category/teamfynsports