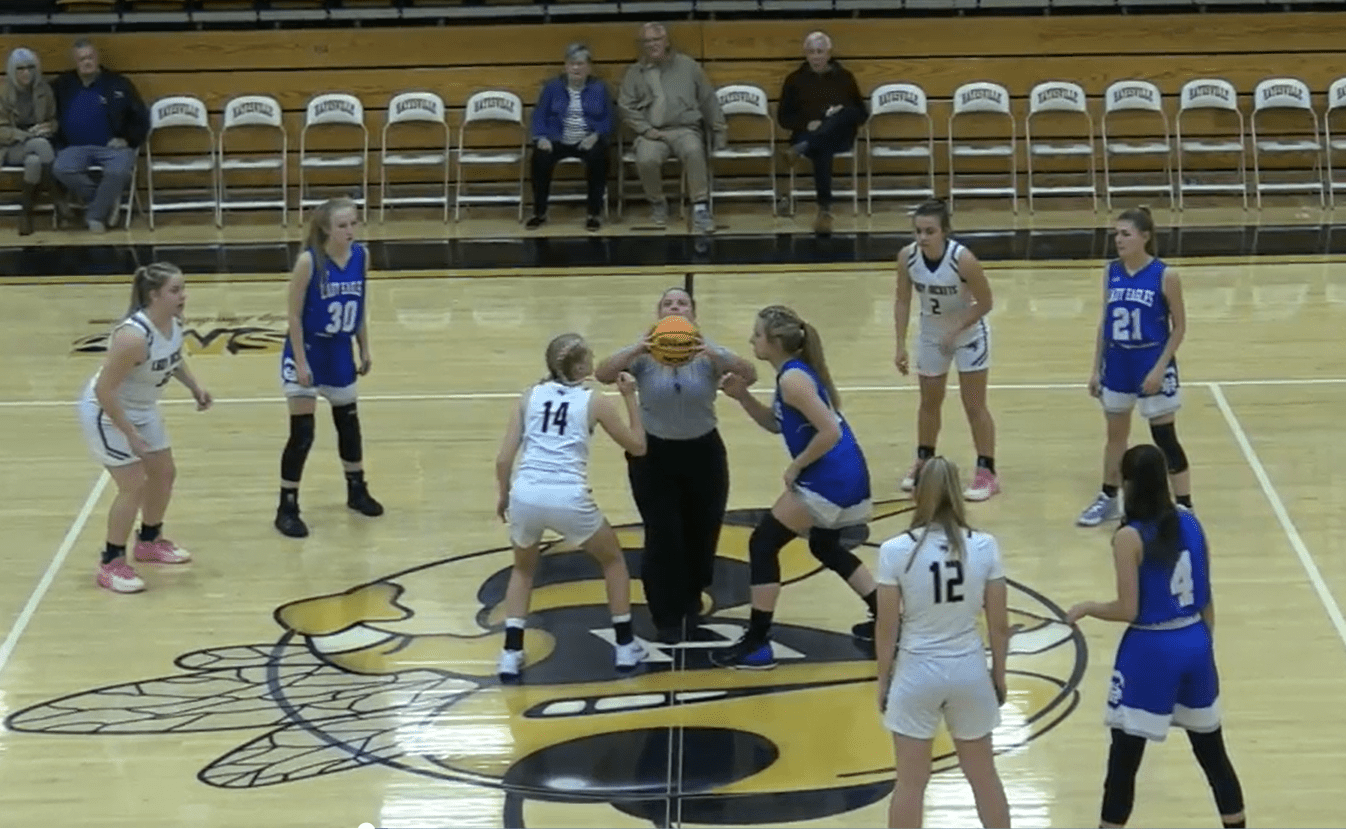 The Hayesville boys and girls basketball teams both played at home, for the first time this season on Monday night. It was a great night to see a packed gym. With fans getting to see both varsity teams play with no restrictions on fans, on the same night in almost two years. The Yellow Jackets did not disappoint with both teams winning on the night. The Lady Yellow Jackets overcame a slow start to beat the Lady Eagles 52-42. While the boy’s team dominated for four quarters winning 81-41.

The Lady Yellow Jackets got off to a slow start allowing Hiwassee Dam to take the early lead. Hayesville fought back though getting contributions from multiple players. By the end of the first quarter, the Yellow Jackets trailed by just two points, 12-10. The second quarter had multiple lead changes yet Hayesville would find themselves trailing at halftime 22-19. The third quarter was all Hayesville though as they methodically took control taking a 36-32 lead. Even with the lead, Hayesville stayed aggressive and instead of trying to kill the clock to stretch their lead out. This allowed to them finish off the Lady Eagles winning 52-42.

The Hayesville Yellow Jackets looked to be in mid-season form against the Hiwassee Dam Eagles. They controlled the game from tip-off to the final whistle, outscoring Hiwassee Dam in all four quarters. Every single Yellow Jacket scored for the second game in a row and that has happened in three out of four games this season. At the half, the Yellow Jackets were leading 41 to 22 and had already put the game out of reach. Kolbe Ashe led the way as usual scoring 11 all in the second quarter by halftime. Asher Brown also had five points by halftime including a beautiful 3 point play where he finished through contact and made the free throw. The second half was much of the same, with Hayesville’s dictating the game and never looking in doubt. Hayesville would improve to 4-0 winning 81-41.