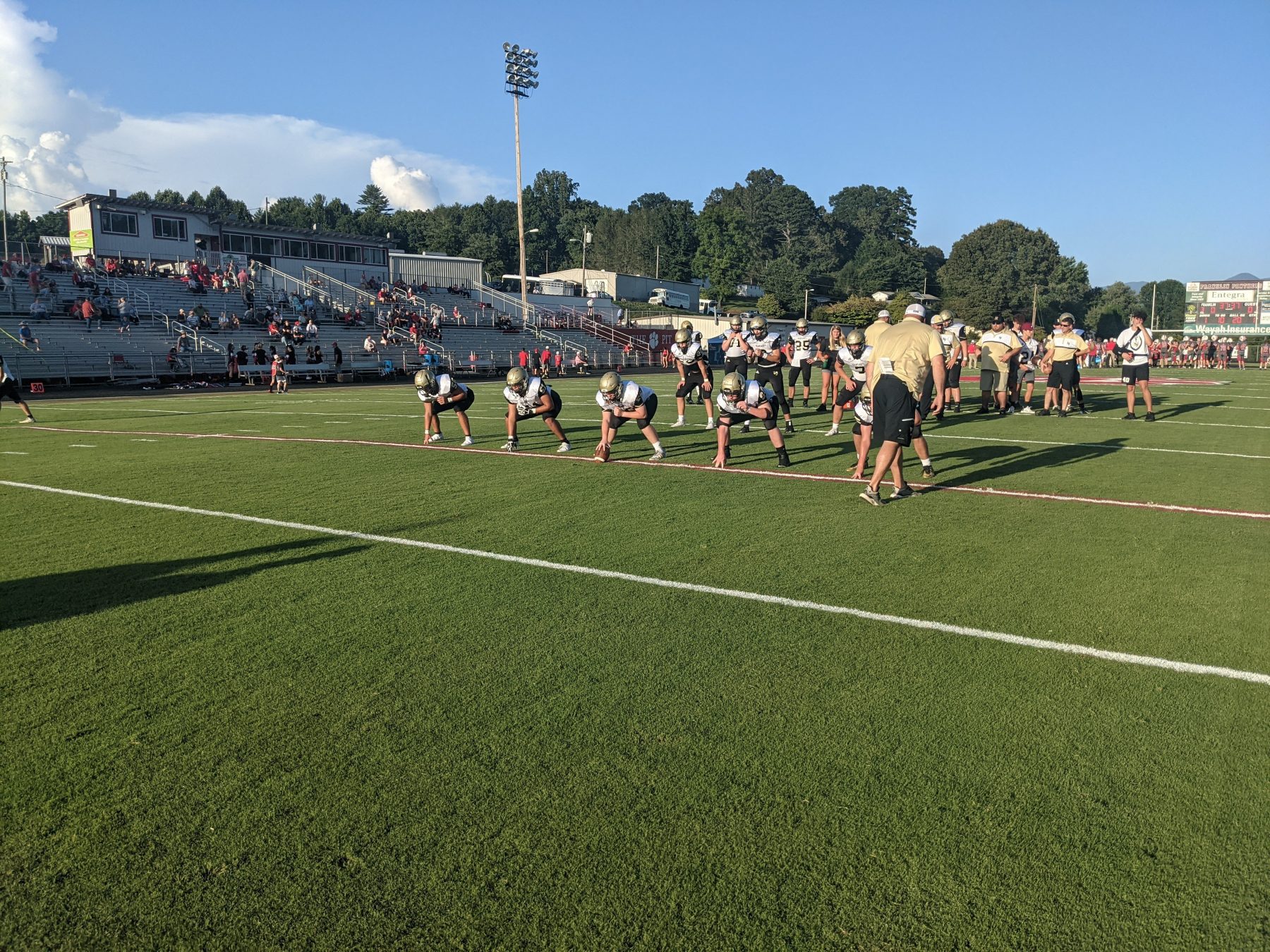 The Hayesville Yellow Jackets traveled to Franklin on Friday night to take on the 3A Panthers. The Yellow Jackets battled hard throughout the first half battling back in the second quarter. They would go into halftime down only three 17-14. The second half was all Franklin as they put up four touchdowns and held Hayesville scoreless. Hayesville drops to 0-2 on the year losing to Franklin 45-14.

Hayesville’s offense got off to a good start with big back-to-back catches by Jake Mctaggart. This got them into Franklin territory. A fumbled snap though ended their drive and gave the ball to Franklin. The Panthers would capitalize on the turnover scoring and taking an early 7-0 lead. Once again Hayesville would get into Franklin territory on their second offensive drive. Penalties would kill the drive though, forcing them to punt. Franklin would hold their 7-0 lead to end the first quarter.

Franklin would start the quarter off with the ball finishing a methodical drive to take a 14-0 lead. Hayesville would go three and out having to punt the ball away. Franklin would drive into Hayesville territory but stall out. Yet a 46-yard field goal would increase their lead to 17-0. Hayesville would respond with two straight touchdowns to bring the game back close at halftime. First, a 58-yard bomb pass from Logan Caldwell to Isaac Chandler. Then when Hayesville kicked off and a great squib kick from Chandler was too tough for Franklin to handle and Hayesville would get the ball back immediately. A great fade route connection from Caldwell to Mctaggart would make the halftime score Franklin 17 Hayesville 14.

Franklin would put together a great drive, using their power run game to score early in the quarter. Hayesville would go for it on fourth down but fail to convert on their first drive giving the ball back to Franklin. Franklin would capitalize on great field position with more power running and another score. Franklin now found themselves back in control leading 31-14. Hayesville would pick up a couple of first downs before the end of the third quarter.

The start of the first quarter though saw Hayesvilles drive stall out and they had to punt it away. A great play though by Asher Brown forcing a fumble and recovering it would get Hayesville the ball back immediately. Hayesville couldn’t capitalize on the turnover though giving the ball back to Franklin with a turnover on downs. Franklin would cruise the rest of the game with two long touchdown runs to ice the game, winning 45-14.

Jake Mctaggart: 5 receptions for 102 yards and a TD

Isaac Chandler: 5 receptions for 98 yards and a TD

Hayesville will host Alleghany next Friday, September 3rd and TeamFYNSports will be live on http://fyntv.com for the broadcast. To get updates or see how the Yellow Jackets have done tune in to all the latest FYN sports coverage on Facebook, Twitter, Instagram, and at https://claync.fetchyournews.com/category/teamfynsports