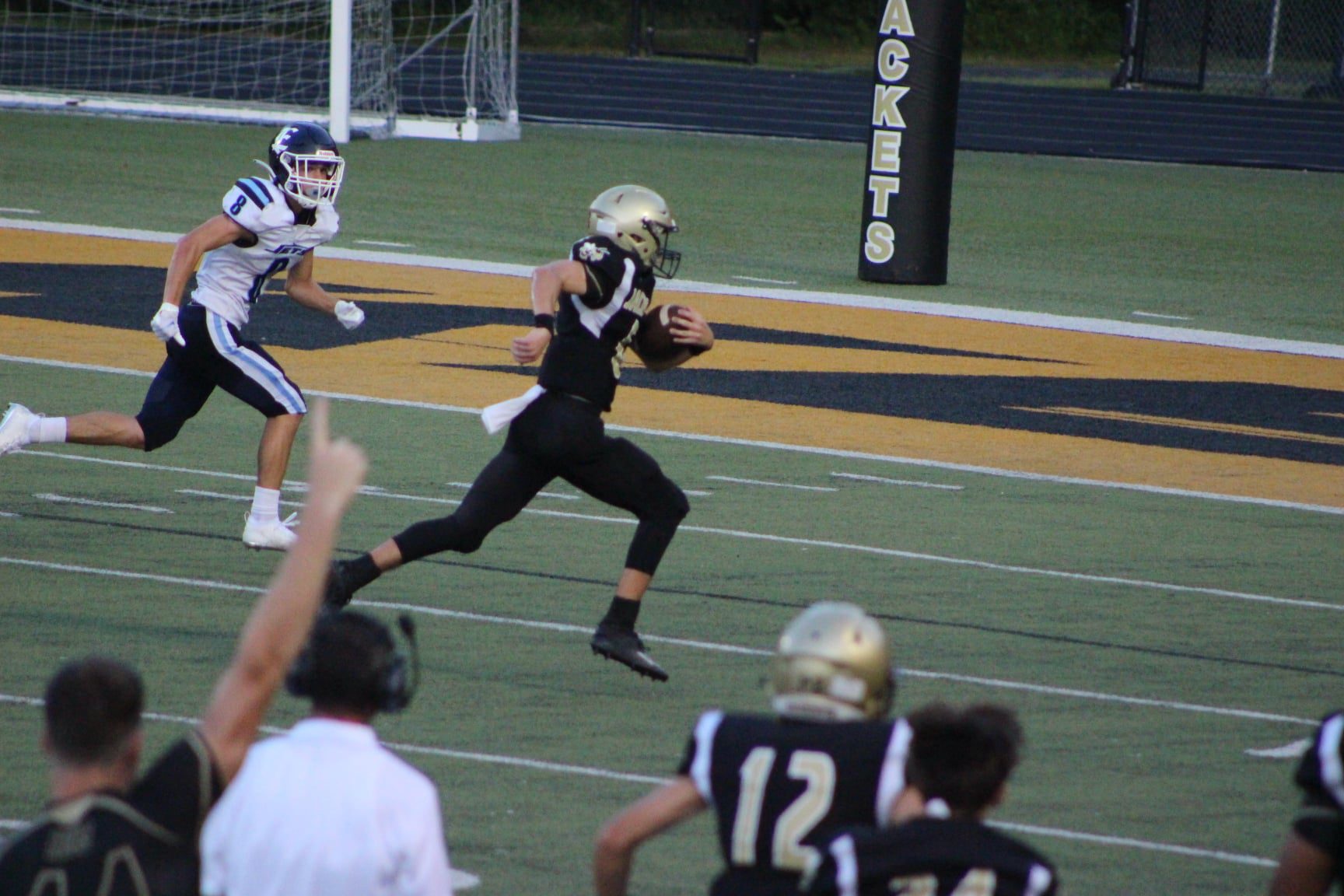 The Hayesville Yellow Jacket season got off to a rough start on Friday night. Multiple special team’s miscues led to an early hole that Hayesville couldn’t dig out of. The Yellow Jackets fought hard all game long to get back in it but fell short. Enka played well and executed after the Yellow Jackets mistakes winning 34-21.

The season couldn’t have started any worse for Hayesville. Enka kicked off and the ball bounced on the twenty-yard line looking like it would go out of bounds. It barely stayed in bounds though and Enka was first to it. Video replay shows that the Enka player was out of bounds on the recovery. It should have been ruled Hayesville ball but instead, Enka got it. They capitalized on the great field position scoring quickly. On the touchdown play, Hayesville star player Jake Mctaggart was thrown out for supposedly throwing a punch. 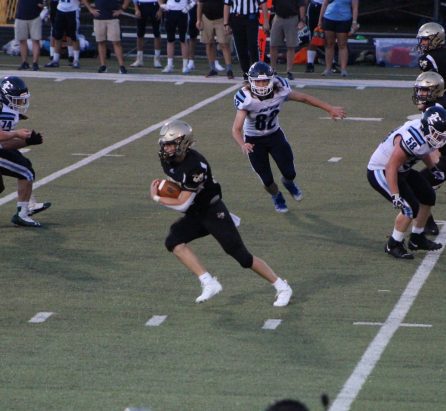 Because of two unsportsmanlike penalties, Enka kicked off from the Hayesville thirty yard-line. They attempted an onside kick and recovered it. Once again they scored quickly and before we could blink Enka had a 14-0 lead. Two drives later after trading the ball back and forth Hayesville had their best offensive possession of the game. Finishing it off with a Logan Caldwell 32 yd touchdown run.  That would make the score 14-7 Enka still leading with that also being our score at the end of the quarter.

Enka would open the quarter with a score to increase their lead to 21-7. Hayesville would have a good drive before stalling out in Enka territory giving the ball back to the Jets. After getting the ball back Enka would put together a decent drive but ended up having to punt. A great punt though pinned Hayesville at their own 1-yard line. Asher Brown would end up having one of the plays of the night for Hayesville taking a bubble pass for an incredible 45 yards. Unfortunately, Hayesville would end up turning it over on downs on the drive. Our score would hold at 21-7 Enka leading going into halftime. 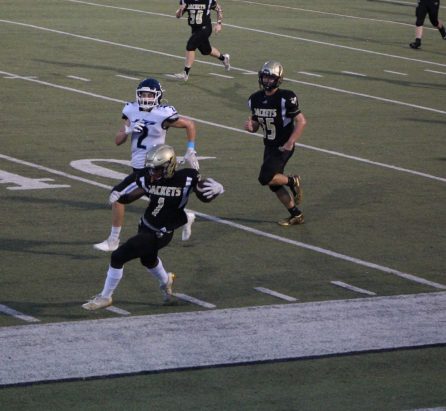 Asher Brown scoots out of bounds after a 45 yard catch.

Enka would open the third quarter scoring on their first drive going up 28-7. Hayesville would have to punt it away on their first offensive drive of the half. A muffed punt though would give Hayesville a big second chance at the drive. They would capitalize on the Enka mistake, another Logan Caldwell run score would make it 28-14. Enka would return volley with a good drive getting inside the five-yard line as the quarter came to a close.

Enka would start the quarter off with a score but would miss the extra point. This increased their lead to 34-14, with Hayesville trying to find a way back in it. Taylor McClure came up with a huge 30-yard catch for the Yellow Jackets on a great ball from Caldwell. Hayesville would capitalize on the great start to drive, by finishing it off with a score. It came on a third and 20 to go, Caldwell found Asher Brown for a big 30-yard touchdown strike. Logan Caldwell would make another big play intercepting a pass to get his offense back out on the field. The Yellow Jackets could not capitalize though with a score. This gave the ball back to Enka would get a few first downs which would ultimately ice the game away. Hayesville fought back hard but the early deficit was just too much for the Yellow Jackets to overcome. Enka played well and capitalized on Hayesville’s mistakes to ultimately win 34-21.

Hayesville will travel next week to Franklin to take on the Panthers who are coming off a huge win over Murphy. In two weeks on September 3rd will be the next time TeamFYNSports will have a live broadcast when Hayesville hosts Alleghany. To get updates or see how the Yellow Jackets have done tune in to all the latest FYN sports coverage on Facebook, Twitter, Instagram, and at https://claync.fetchyournews.com/category/teamfynsports