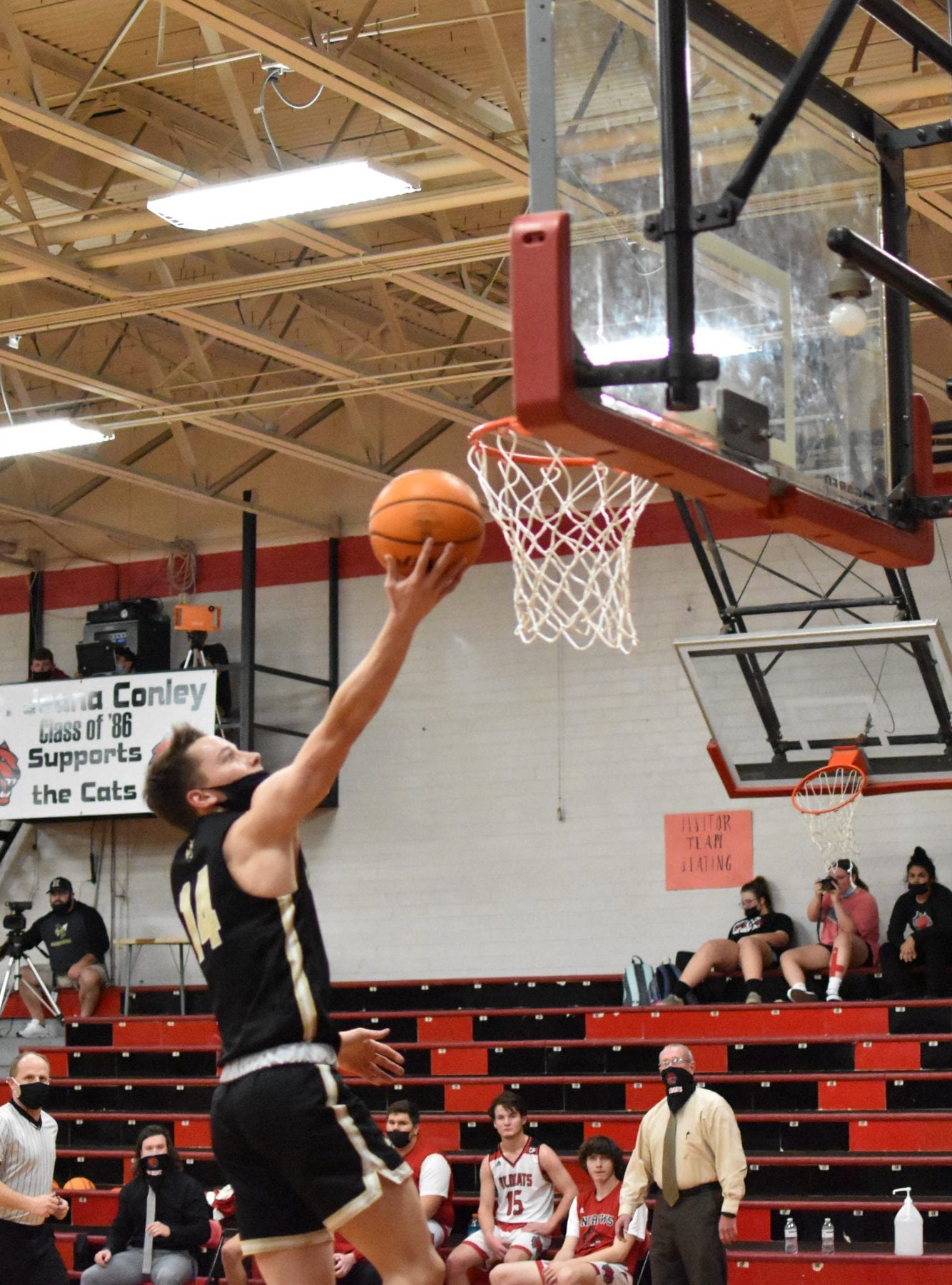 The Hayesville Yellow Jackets took their undefeated record into what many thought would be a tough away game on Tuesday evening. Away games are always tough in the SMC and their opponent Andrews looked ready to give the Yellow Jackets all they had. Andrews though could not have been prepared for what they ended up facing though. That is an absolutely incredible night from Hayesville star guard Kolbe Ashe. His 21 first half points led Hayesville to an overwhelming 78-39 victory over the Wildcats.

Tyler Jones drives past a defender.

The Wildcats played Hayesville tough in the first quarter going back and forth early. Hayesville had some early turnover troubles that led to some easy baskets for Andrews. This led coach Mike Cottrell to switching out four players earlier than usual. It worked to perfection as the second unit gave Hayesville the jolt they needed. Hayesville took the lead back midway through the quarter, then extended it further thanks to a couple of late baskets.

Hayesville carried a 14-8 lead into the second quarter, came out firing and looked to push the pace. Hayesville was playing for what they knew would at least be a share of the conference championship with a win. Kolbe Ashe knowing this played one of his best games of the year and wanted to not give Andrews any reason to believe they could beat Hayesville on this night. Ashe put on a show in the first half and almost single handedly outscored Andrews. Behind Ashe’s 21 first half points Hayesville carried a 33-22 lead into the half.

In the second half Andrews knew they would need to come out hot to have a chance to hang with Hayesville. The Yellow Jackets though were the team that came out firing, leaving Andrews with no chance at a comeback. Hayesville got on an early run and had basically put the game out of reach by the middle of the third quarter. Then with Hayesville bringing on their entire second unit they still continued to stretch their lead. By quarter’s end Hayesville led 52-27 and could start to taste the conference championship.

Andrews, desperate to get back in the game in the fourth quarter, started a half court trapping defense, playing frantically trying to force turnovers. Yet freshman Asher Brown, who was playing at the point guard position handled it masterfully for Hayesville. Brown playing with the savviness of a senior battle tested point guard, led the Yellow Jacket offense in the fourth quarter helping clinch a share of the conference championship. With a big performance out of Jose Espinal who had 8 fourth quarter points and a highlight reel block on defense, Hayesville won 78-39.