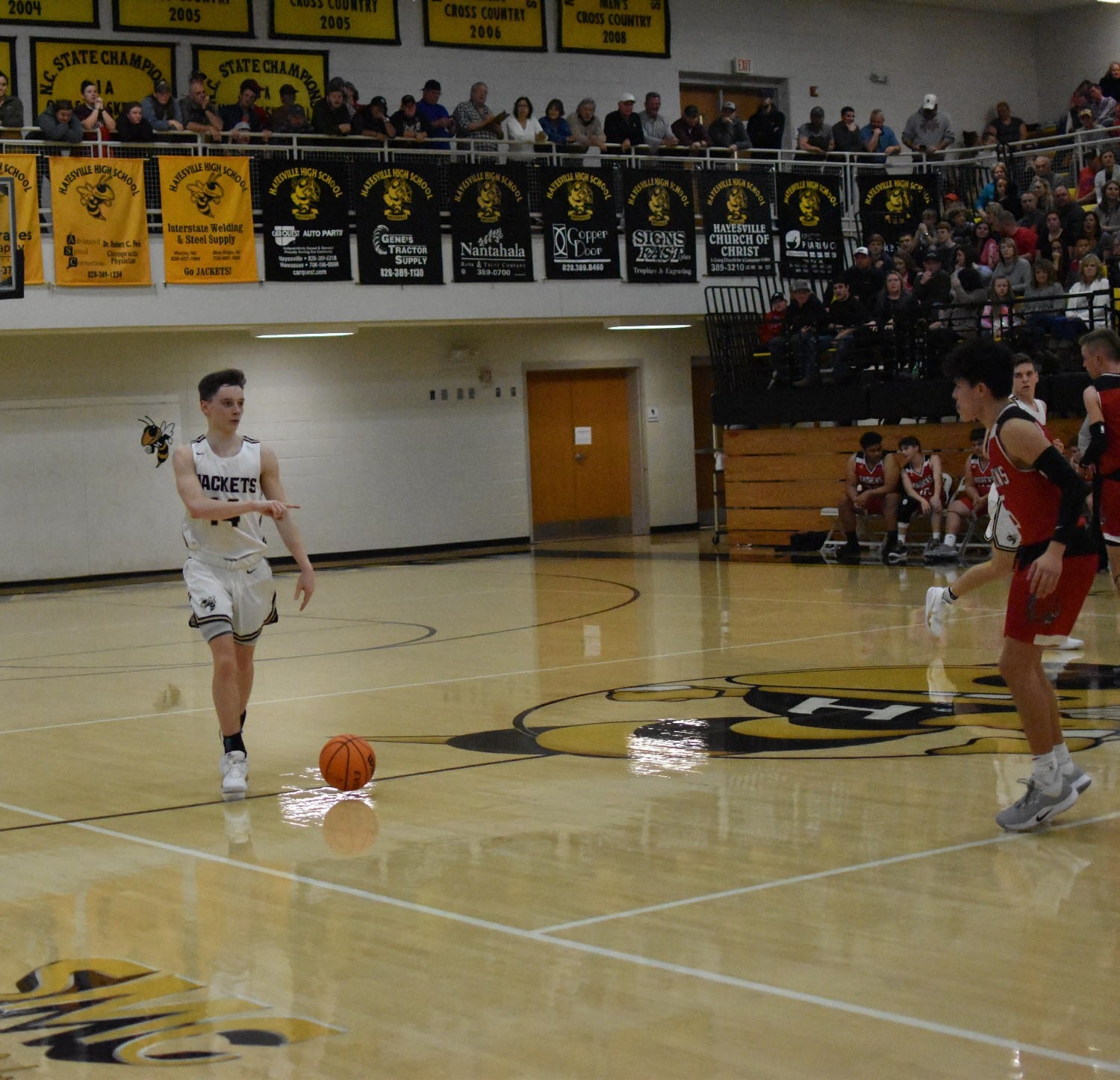 On Friday night, January 10th the Hayesville Yellow Jackets hosted the undefeated Andrews Wildcats. Andrews while carrying a gaudy record had yet to play much competition that had tested them. They had played a very good, but up and down Cherokee team earlier in the week. Yet it is known Cherokee has never been much for defense and that’s a tough way to play against a team like Andrews. Hayesville was ready to bring great defense and play at a pace that would frustrate Andrews. 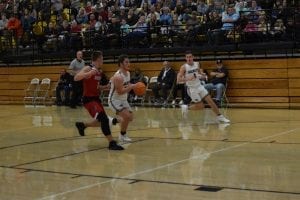 Head coach Michael Cottrell said pregame that the key to the game was contain, contain, contain. To make Andrew’s take contested jumpers and not finish easy at the rim. They have many great athletes who will happily beat people of the dribble and finish at the rim.

Early in the game it looked like Hayesvilles plan may not be a good one. Wildcat Junior Kabe Ellis scored Andrews first 11 points of the night. Ellis had four first half threes and looked like he may lead his team to a hard fought win. Even through his great scoring burst Hayesvilles steady offense helped them to a first quarter lead. That coupled with sophomore Jake McTaggart matching Ellis with 11 points of his own, Hayesville took a 19-16 lead into the second quarter.

In the second quarter the games initial up and down pace really changed with Hayesville controlling much of the ball. Andrews was looking for quick scoring and transition buckets. Very few were available for them as Hayesville got back on defense and made nothing easy. As well they were tiring Andrews out when they possessed the ball. Hayesville was patient and at times would run offense for a full 60 seconds. Waiting for Andrews to finally get impatient and jump a lane at the wrong time resulted in Hayesville getting some easy baskets. Hayesville took a 27-23 point lead into the half. 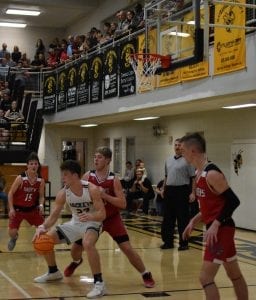 Sophomore Jake McTaggart sets up the defense with a post move.

Coming into the third quarter Hayesville still controlled the pace and contained as their coach wanted them to. Andrews hit many tough shots on the night but had very few easy scoring chances. Hayesville played tight man to man defense all night and rarely got caught out of position. It was another slow scoring quarter with Hayesville grinding it out on both sides of the ball. The quarter ended with Hayesville having a 36-31 point lead.

Coming into the fourth quarter the pace picked up a little and the scoring increased. Andrews even had a one point lead during the quarter. It appeared that they would steal a victory at Hayesville. Yet Hayesville had one last push in them that was too much for the Wildcats to handle. I would be remiss not to mention how fantastic Hayesvilles sophomore point guard Kolbe Ashe was. Not only did he control the pace the entire night he played fantastic defense on Ellis.

Free throw shooting was a struggle for both teams all night but Hayesville made some important ones at the end. McTaggart and freshman Kyle Lunsford each went two for two at the free throw lines in the waning minutes of the game. In the games closing minutes Ashes great defense on Ellis and tired Wildcat legs left them needing one or two more buckets they never found. Hayesville finished the game with great defense and just enough timely points to win 54-49. 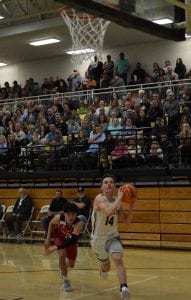 Sophomore Kolbe Ashe beats a defender to finish at the rim.

It was a great night in Hayesville, former Yellow Jacket star Amanda Thompson had her jersey retired. The boys team did their part to complete a sweep of all the games and now sit alone in first place of the conference.