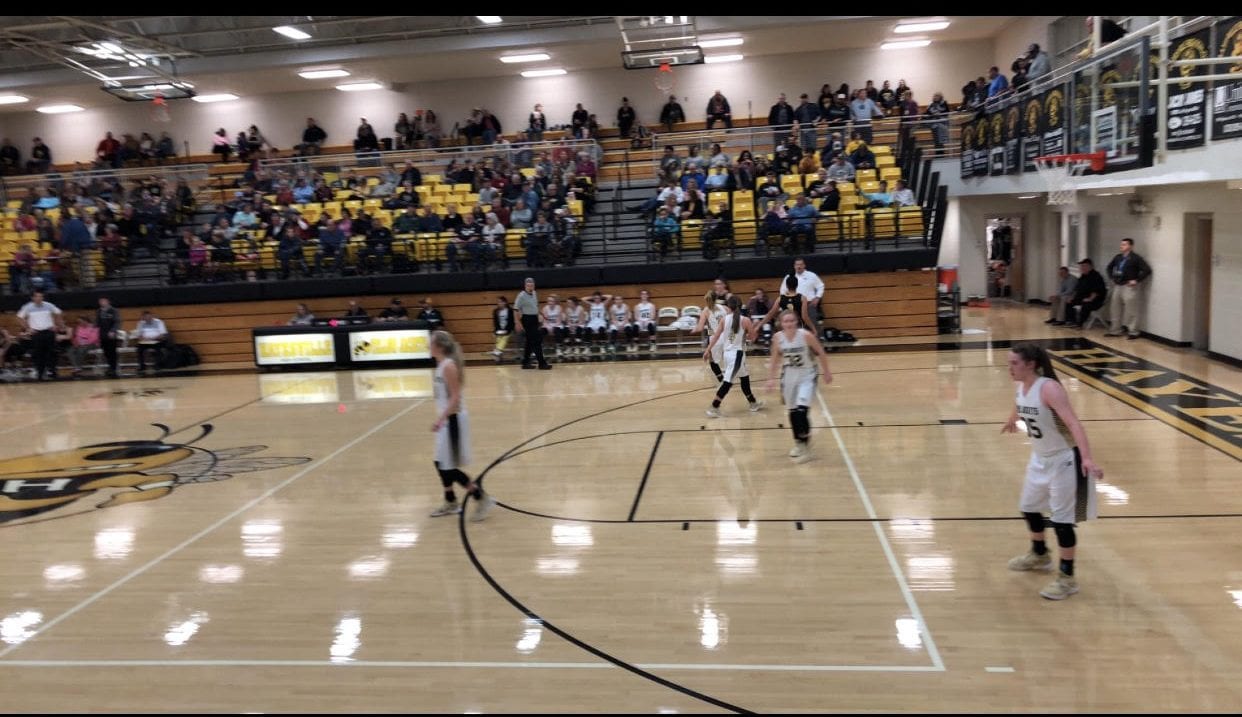 Thursday, January 10 the Murphy Bulldogs traveled to Clay County to face off against your Hayesville Yellow Jackets in a huge rivalry and conference game.

The Lady Jackets looked to face off against the seventh ranked team in 1A in the Lady Bulldogs. Hayesville looked to take advantage of the Bulldogs as they were short handed missing their star Fr center as she was sidelined with a concussion. In a game that would consist of great defense on both sides the Lady Jackets struggled offensively during the first, however they played sound defense as they grabbed six rebounds and two steals. Hayesville trailed 8-5 after the first. Patterson lead the Lady Jackets with six points in the second period as the Lady Jackets entered halftime trialing 22-16. Hayesville closed in on the Bulldogs as they were led by Foster with four points and Patterson with a steal as they narrowed the deficit 27-25. Entering the final period the crowd on both sides was electric in what seemed to be a sold out gymnasium. The Lady Jackets went on to grab a lead with the time winding down in the quarter a late three by Annis but the final stamp on this one as the Lady Jackets went on to lead 34-29 in what was the best game of the season for the Lady Jackets. Patterson lead Hayesville with fourteen points. The Lady Jackets improve to 10-3, move into second in the conference standings, and enter the top ten for the first time this season as they sit tenth in the state!

Hayesville will host Hiawasse Dam Friday, January 11th as the varsity girls will tip off at 7. Come out and support your Jackets as they look to grab another win!